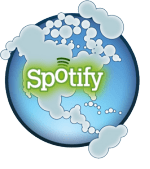 Things just got interesting the US for online music services like Pandora and Grooveshark.  Spotify arrived this morning on US Shores!  As of this morning, the free online streaming service starting rolling out across the US via an invite-only beta phase.  We wrote-up a review of Spotify in the past so were excited to see everyone in the US will be able to finially access the service.

Spotify has launched in the US with 3 different plans: Free, Unlimited, and Premium.  The free plan offers unlimited music streaming, but there are ads.  It isn’t that much different from Pandora, except that it lets you handpick each individual song that you want to play.  The unlimited plan goes for $4.99 per month, and all it does is remove ads.  If you want the real extra features you’re going to have to dig deep into your pockets and purchase the premium plan at a whopping price of $9.99 monthly.  Premium gives you the same ad-free content, but it also lets you seamlessly stream on your smartphone and any other device that Spotify has an app for.  With premium, can also “backup” your streams into an offline mode; as well as a few other perks.

Spotify also claims to be the first “social” music streaming service.  The desktop app integrates directly with Facebook, but despite these social claims – I’ve yet to see anyway to invite friends to the service.  Although users can register now to get on the waiting list at Spotify.com, it’s unknown as of now if current users can send invites as well?  The question I have is why would they launch in the US and then turn away everyone who wants in?  Is this a capacity issue or are they taking a page out of the Google playbook of creating a mad frenzy to get into the service through the invite system….  Not sure yet.

Stay tuned for a complete screenshot tour.  MrGroove and I have accounts so were in playing around as we speak.  So far, it looks pretty groovy!

It appears that if you sign-up for a paid accounts, you will receive invites which can be sent out.  That being said, there is also a way to get an invite by linking your Twitter or Facebook account with Klout.com.  I was able to confirm this method of getting an invite however in my case, I had to use a twitter account with 100+ followers otherwise Klout would error out and not give me the free invite to Spotify. Overall, it was a klunky way to get an invite AND, according to an update to their blog post, they ran out of invites today however they expect to have more tomorrow…

UPDATE: Wow, everyone loves Spotify! The response was overwhelming and we’re out of invites for the day. We’ll have more tomorrow so make sure to check back!

So happy hunting!  If I get any invites, I’ll post another update here!