If your native language is something other than English, you might have experienced some difficulty searching Google with a conventional keyboard.  As it turns out a lot of people have this issue and Google has done something about it!

For 35 Languages, Google has added keyboard functionality to search.  This feature comes directly from their virtual keyboard api they released last year on code.google.com.  You can use one of the links below to try it out, or just visit a supporting language.  In the screenshot below you’ll see how the Russian Google search has a Russian virtual keyboard available right next to the поиск (search) button. 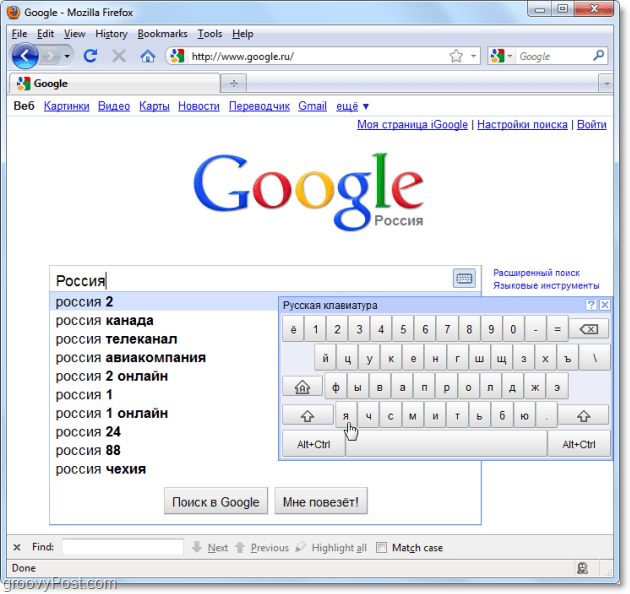 Of course, Manish Bhargava, Product Manager at Google, compares it to having a broken English keyboard but then Google fails to add this simple feature to the English Google.com for people who might have broken keyboards. But we won’t give them too hard of a time about that.  Here are the 35 languages wherein the virtual keyboard is available!