Tuesday morning Google unveiled it’s highly anticipated SmartPhone, the Nexus One.  It was just a matter of time before Google entered into the cell phone hardware domain if you consider all of their core mobile software development.  In a technical sense, the hardware is manufactured by HTC, but Google is the brains of the operation (obviously.)

The phone runs on the Android mobile operating system and is launching as a $529.00 GSM unlocked phone, or a $179.00 (2-year contract required) T-Mobile GSM phone.

When we first heard that the phone was official and handed out to employees back in December, it came as a surprise since Google recently launched the Droid with Verizon and this is seemingly a huge slap in the face towards that effort.  The Nexus One will be available for Verizon customers in spring 2010, but in the meantime, Google is making amends by advertising the Droid phone to those who “can’t wait” for spring.  However, now that the phone is released and the official technical specifications are out, it is astounding.  Not only does the Nexus have all of the features of Droid, but it also has more features, and it’s faster.

The guys over at BillShrink put together a visually appealing comparison chart between the different smartphones.  This chart is a great find for those who are interested in purchasing a new phone but aren’t sure which one to buy.  As is customary for Billshrink the prerogative of this chart is to point out the difference in price over other phone services, and I agree that it is note-worthy that the Nexus One costs less than all former competitors with similar features. 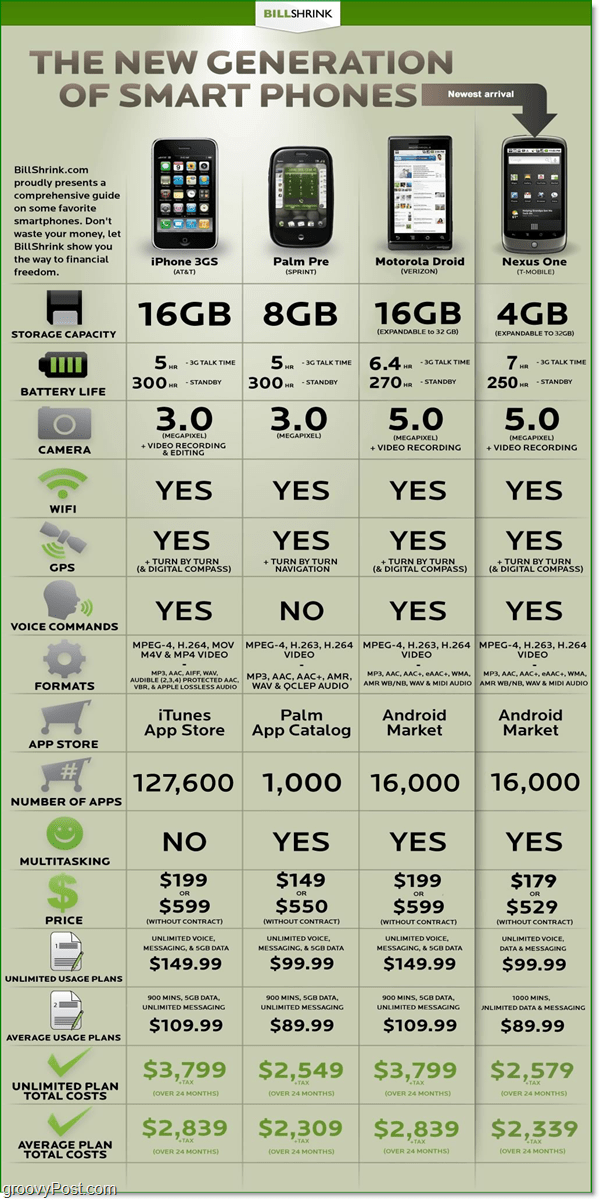 Many news sites have already begun dubbing this new device as the “iPhone killer.” Google spokesman defensively responded when asked “Is this an ‘iPhone Killer?’:

I think this isn’t to the iPhone specifically, this is for consumers. This is our “super phone” – choice is a good thing.

iPhone killer or not, you can bet all the new features Service Google is releasing on the Nexus such as updated Google Maps with Turn by Turn Nav, and FULL Google Voice Integration won’t be seen on the iPhone anytime soon.  Ouch.  Granted, I don’t think Google can ignore the 20-30+ million iPhone users, but I’ll bet the 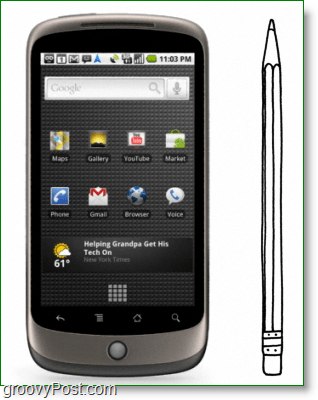 innovation coming from Google for the iPhone will always be 1-6 months behind that of the phones running the Google Mobile OS.

Back to the phone. The phone itself is 119mm high and 60mm wide with a depth of 11.5mm, or in other words, it’s about the same size as a 2g/3g iPod Touch (the iPhone is still a bit thicker.) It offers a color changing uni-ball at the base of the face which features alert functions and can be assigned a different color for the various alert events.  Unlike the Droid, the Nexus One has built-in noise canceling, using a dual microphone system which will detect background noise and automatically adjust input volume. Nice.

The rear of the phone is great for cooking, it features a Teflon non-stick surface, which will make it ideal for skin applications but also adds durability.  With similarity to the Droid, the Nexus One can run multiple apps, even while taking calls, and the data storage capacity can be upgraded to 32GB using a microSD card.  In summary, this phone has everything you love about the iPhone and none of the things you hate (no iTunes hooray!)

Google has even built a groovy site to give you a hands-on preview of their phone. After testing it out, it’s safe to say you will feel like you’ve seen a real Nexus One up close.

The Nexus One is sure to be a success. To guarantee that, Google is now advertising it EVERYWHERE with a simple Tagline here and there on “the most valuable advertising space on the entire internet.”  Granted this space has become less prominent than it previously was due to the new fade-in homepage style that Google has adopted but it’s still exorbitantly the single most visited web page in the world.  I chuckled to myself this morning when I saw the same link while checking our Google Maps in Safari on my iPhone.  Ouch, that’s gotta hurt Apple.  :) 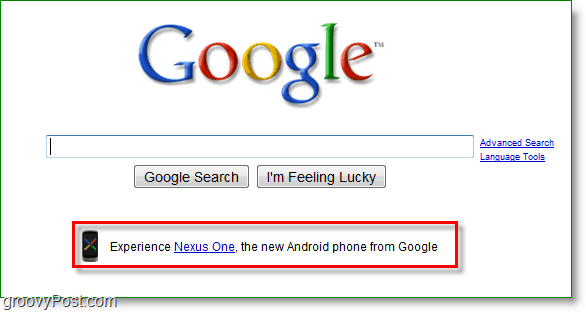 Want to learn more about the Nexus One Google SmartPhone?  Check out the official Google preview site: http://www.google.com/phone!

If you’ve used the Nexus One or a similar phone, we’d love to hear your feedback!