It shouldn’t come as a surprise that so shortly after the announcement that they are laying off 500, or approximately 47% of their employees, MySpace may be up for sale.   Bloomberg has reported a few parties that are open to purchasing it, but nobody has yet shown any serious interest.  How much would you pay for Myspace? According to recent reports, it isn’t worth nearly as much as Rupert Murdoch did. 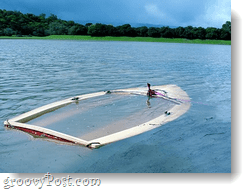 Back in in July of 2005, Rupert Murdoch of News Corp. purchased MySpace for $580 million. The social networking site endured temporary success as the value skyrocketed into the upwards of $3 billion in 2007 and active users peaked at 150 million.  But, unfortunately for News Corp, that’s about the time Facebook started picking up steam and demonstrated it was a serious competitor to MySpace especially since MySpace had remained stagnant with little to no new innovation for several years.

By 2010 most MySpace users had converted to Facebook and its total value plummeted down to $500 million, or in other words: $80 million less than the the acquisition price! Now in 2011, we’re estimating that despite its claim of “65 Million million users” MySpace is only worth around $50 million.

So there you go, if you want to buy a somewhat large social network you can pick it up on the cheap, relatively speaking.  But who would actually want to buy MySpace?  Facebook doesn’t need it, they have 500+ million users.  Yahoo would just kill it off even further and then poke it with a stick.  Microsoft could go for it, but they are already having enough trouble with their brand and MySpace would only make things worse.  Google is too smart to buy a cancerous website.  AOL could buy it, I imagine they’d be more keen on waiting for the price to drop.  In the end if it doesn’t sell, News Corp. will plan to separate it and make MySpace an independent company via a spin-off.

The truth or the matter is, whoever picks up MySpace will have a lot of work to do in order to once again be a serious competitor against Facebook, and I don’t think anyone wants to put their money in that fight – especially not on a dying brand with the reputation that MySpace has.  MySpace is a sinking ship, and with only 65 million users left and thousands leaving by the minute, it wont be long before it’s completely gone from sight.