While we wait for version 4 of Firefox, Mozilla’s popular browser, here’s some other interesting news from the Mozilla camp. According to a post on the Mozilla blog, Mozilla has decided to block the Skype add-on for Firefox. Huh?

First of all, you need to know that you needn’t be worried. Skype will continue to work on your computer just as it did before. It’s just the Firefox add-on that gets soft blocked (meaning it’s blocked, but you have the option to re-enable it). The Firefox extension is used by Skype to turn phone numbers in websites into buttons that offer the possibility to make a Skype call.

The extension has been responsible for roughly 40,000 Firefox crashes last week, so Mozilla felt the need to do something about it. They’ve announced that they’re working together with Skype to fix problems.  What’s more strange is that you’re not being specifically asked whether you want this extension when you install Skype, you just get it. And then you don’t know why your browser slows down or even crashes…

I’m very careful about the add-ons I install in Firefox, but for some reason I’ve always ignored the fact that I was seeing this Skype extension, thinking that “it should be there”. Anyway, if you think you need it and want to re-enable it, just go to Tools/Add-ons in Firefox 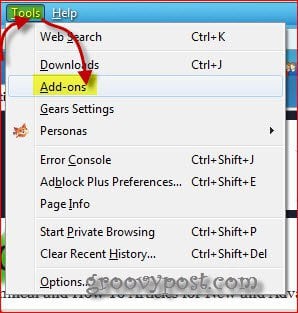 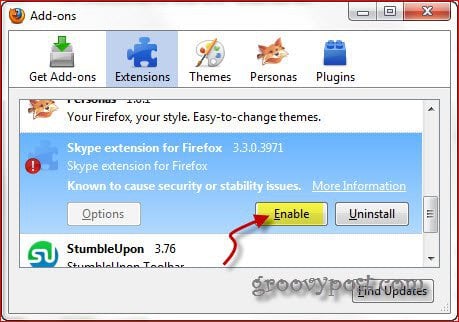