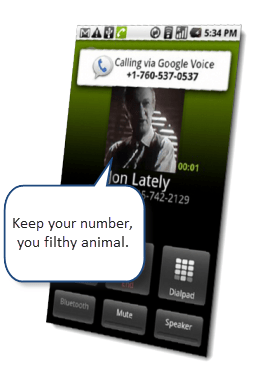 How to Keep Your Old Google Voice Number

After porting your primary number to Google Voice, you’ll notice that your old Google Voice number still shows up when you go into Voice Settings (Click the Gear in the top-right hand corner).

For 90 days, messages and calls to that number would automatically forward to your new primary Google Voice number. 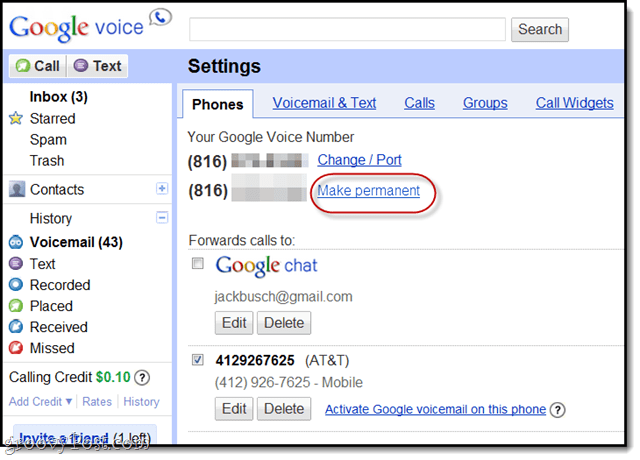 Now, you’ll see a little link next to your old number that reads: “make permanent.” Click it and you’ll have the option to keep it forever for the low, low price of $20. That is, $20 on top of what you may have already paid to port your number to Google Voice in the first place for a total of $40.

What happens after that? Now, calls to your old Google Voice number will be forwarded to your primary number. Same for messages. However, on your outgoing calls, your primary number will show up in caller ID. If you wanted any different behavior than that, then well, you shouldn’t have ported your number in the first place.

If you decide not to keep your old Google Voice number, no biggie. It’ll work for 90 days, and after that, Google will send you a list of contacts who are still using your old number so you can update them.

Yet another groovy step towards Google world domination—for better or worse. As an avid Google Voice user, I think this is a positive development, although I haven’t personally ported my number. But for the next generation of cell phone users, it’s nice to know that Google Voice is gearing up to be more than an add-on service. Just as Gmail has replaced many personal and professional primary email addresses, it looks like Google Voice could be the new standard for the tech-savvy in-crowd.