This week Google officially announced all of the details surrounding their latest netbook build, the Chromebook.  When put up against other netbooks and tablet-pcs on the market, the Chromebook doesn’t really stand out from a hardware perspective.  No, what makes these little machines unique is their operating system -which really isn’t an operating system by normal standards.

Chromebooks obviously run on Google’s self-brewed operating system, Chrome OS.  The OS doesn’t allow applications to be locally installed, but it also doesn’t require anti-virus software because the netbook itself is very secure.  The entire OS is basically the Google Chrome web browser, made bootable, with a few extra perks thrown in.  If you do find that you need to run a desktop app, you can stream them from a remote Windows Server using a new piece of software called Citrix Receiver.

Performance wise, the Chromebooks run great.  It has a boot-up time of 8 seconds and resumes from sleep/hibernation instantly.  The internal system specs are similar to what you would find in any other netbook, but the OS is so simple that it runs faster than everything else out there.  The big tradeoff is that you’re limited to the web and remote applications, which Google would argue really isn’t a limitation at all. 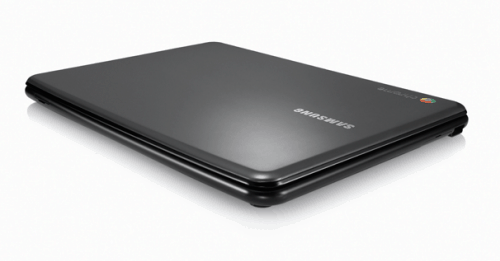 Chromebooks go on sale June 15, 2011 in both the U.S. and Europe.  There are 2 different models launching, and a WiFi or 3G variation of each.  The 3G model has a big advantage over the WiFi model: 100MB per month of free data for the lifetime of the device (via Verizon Wireless in the U.S.). If the free 100MB doesn’t cut it, you can always pay up for an expanded 3G service with your wireless carrier. With that said, I can’t figure out why anyone wouldn’t want to dish out an extra $70 for lifetime 3G.  Samsung is making the slightly higher-end model priced at $499 ($429 for WiFi-only) and the Acer model is only $419 ($349 WiFi-only).  These are fairly typical prices for netbooks and doesn’t really make them stand out, but Google is doing a couple things differently that they hope will make the Chromebook a “gamechanger” for businesses and schools; a subscription service.

Google’s Take On Hardware As a Service

Amazon.com has been offering hardware services ever since they launched Amazon Web Services back in 2002.  Since then, it has been extremely successful and even helped out several companies simplify their networks.  Google’s now stepping into the same forte, but their approach might not prove to be as successful.

Here’s the important question: for the extra cost of $697 per Chromebook, exactly what bonuses do you get over the 3-year contract?

Google hasn’t released much information on the warranty service yet, but we’re guessing it will just cover the basics in the way a manufacturers warranty does; that means if you throw it in a river Google probably won’t replace it for you.  The organization management console likely including the ChromeBox, which is just a desktop-type equivalent of a Chromebook.  Direct Google tech-support could be a big bonus, but with a device as simple as a Chromebook –do you really think you’ll need it?  The final clincher, this doesn’t include free Google Apps accounts.

The Chromebook is a great buy for someone who just wants to browse the web, and doesn’t mind a smaller ~12 inch screen.  It might not be for everyone, and the subscription plan is probably only for the few, though I think Google is on the right track to something big.  By simplifying the way we use computers Google is dissolving compatibility issues, local backups, annoying updates, and security vulnerabilities.  But at the same time, as the leader in “cloud computing” Google could just be trying to lock you into their services (i.e. why the subscription model doesn’t include free Google Apps accounts).

So what do you think?