When the official Google Voice app was released for the iPhone it was also met with waves of angry iPod and iPad users that were blocked from downloading it.  Now Google has finished developing an iPod and iPad compliant version, and it just hit the app store yesterday.  Finally, Google Voice users on the iPod and iPad will have one of the big features they’ve been missing, Push Notifications.

The Google Voice app on the iPod looks just like it does on the iPhone (and you can imagine that on the iPad it is the same, just 4 times larger).  We figured that after all the wait Google was going to amaze us by including VoiP calls over Gmail, we were wrong.  All the Google Voice app does is what the webapp has been doing all along, ringing your phone.  It’s annoying, and a huge disappointment but we figure Apple wouldn’t have allowed it anyway.  On the other hand, Push Notifications bring an entire new usefulness to texting with Google Voice.  Text messages through Google Voice have been free all along, but now your iPod or iPad (especially useful for 3G iPads) will receive alerts whenever you get a new text, and that my friends is very groovy. 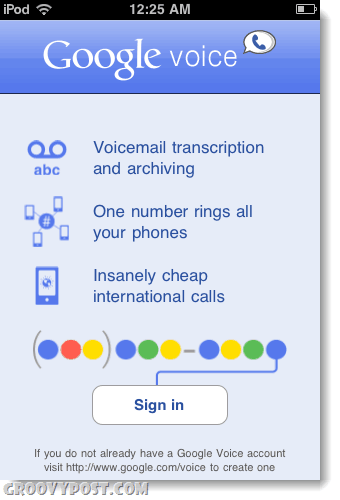 Overall the App is simply an upgrade over the existing mobile web version of Google Voice.  Managing Google Voice with the app is a lot easier, and Push Notifications make texting feel real again.

To download the Google Voice app on your iPod or iPad, go to the App Store and search for Google Voice.  From the list of results it should be the very first app on the list.  Alternatively you can just visit this link. 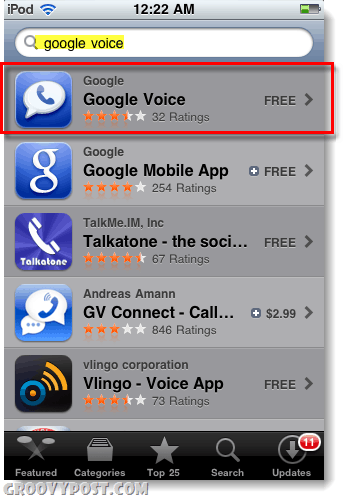