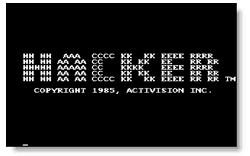 About a year ago I wrote an article reviewing the process Google uses to fight back hacker dudes.  To recap – While Google is crawling the internet for content to index, they at the same time examine the web pages for known malicious code in order to determine if the website has been hacked or not.  This is important for Google since they might send someone to that site sometime in the future and they would hate to do that if they are going to get hacked thus help spread more malicious code over the internet after visiting that site.

So, in order to be proactive in the game of Good Vs. Evil, Google has setup various tools for Web Masters in the Google Webmasters Tools site which allows Admins to check their site to see if Google is flagging them as being hacked or hosting malware.  At the same time Google and some web browsers also setup a warning system for consumers which will warn them that a site might infect them with nasty germs before sending them to that site.

Well on Friday, Google has gone 1 step further by adding this warning right into the Google Search results in an attempt to warn users before they even click on a site which might be hosting nasty virus code and malware (computer germs).  Here’s what it would look like: 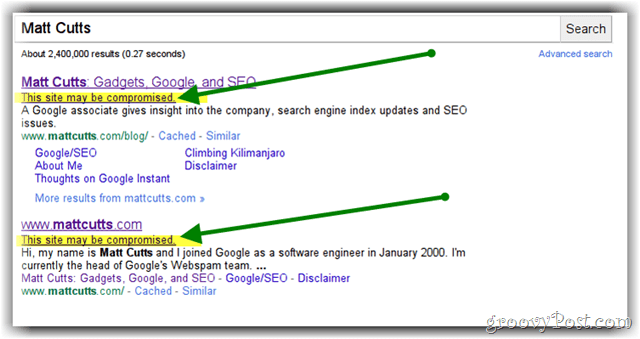 It’s good to see Google is taking security more seriously and is doing all it can to protect its customers from the bad guys.  Granted, security is all about LAYERED security so its important to do more than just avoid hacked websites.

With this in mind, if you have not done so already, you need to go over and read my Computer Security Guide I put together earlier this year.  It reviews the easiest things you can do in order to add more layers between you and the bad guys and make it more difficult for your system to become compromised.  Granted, nothing is 100% but at least you can make it harder for the bad guys.