The Google translate HTML5 web app has been around for a while now and it works great, but the Google translate team has finally decided that the iOS market is too big to pass up making an app for.  As a bonus, the new iOS app has a feature the webapp didn’t, voice-to-text.

As usual, the app is free and will work on most iOS devices, not just the iPhone.  You can pick up the new Google Translate app for iOS from the app store today, and it is available on a global scale. 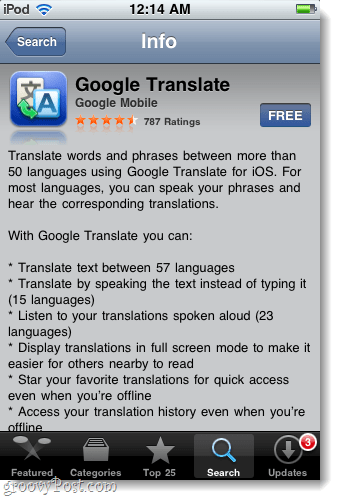 The Google Translate app supports translation of 50+ languages, and the new feature of voice-to-text is supported by 15 of those languages.  The app can verbally playback your translated text to help you pronounce it, and it also supports a zoom in feature to make text easier to see. 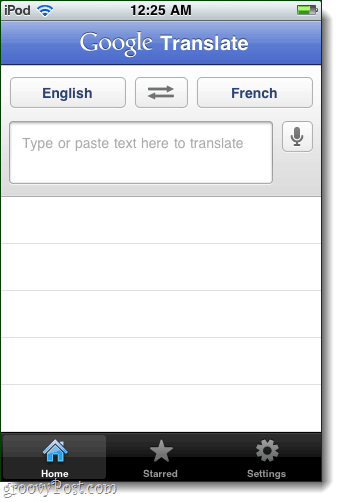 The app does require an internet connection to function, however while offline it can still translate single words, access your translation history, and you can Star important translations to save them for offline use.  Overall, it’s a decent step up from the web app and will definitely come in handy when traveling abroad.