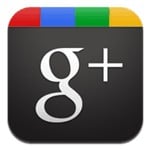 Attention iPhone Google+ users, Google just announced the availability of the Google+ native iPhone APP.  I just took a look on my iPhone and I don’t see it yet so it’s probably still making its way onto all the Apple servers.  According to Google, it should start appearing in the App store in a few hours.

We’ve already reviewed Google Plus as well as the native Android App however what I’ve really been waiting for is the iPhone App!  Once I get my hands on it you can expect another groovyPost to review the look and feel plus a comparison vs. the Android App.