Google has been busy as usual over the last week, and released many new updates.  In fact, to avoid groovyPost turning into a Google spam-fest, we’ve had to condense them into a single post.  Below we’ll look at: two new services Google just launched, then changes to Gmail, search, and analytics.

Google Offers, the next social deal contender to take on Groupon

Google hasn’t said much yet about their new offers program.  Last December Google failed at buying out Groupon (despite a 6 billion dollar offer) so the only sensible thing for them was to set up a competing service, right?  So far, what we know is that:

Google Offers BETA will get you great deals in your city on things you like and things you need. Whether it’s half off a title at the corner bookstore or a meal at a local restaurant, the offers will be delivered right to your inbox.

As of today they’ve only launched it in Portland, OR, but New York and the San Francisco Bay Area are next on the list of places getting it.  If you have a business in these areas anywhere in the U.S. that you would like to add to Google Offers, the sign up form is here. 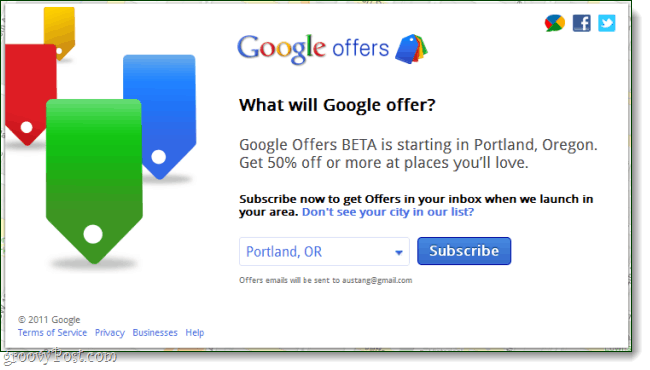 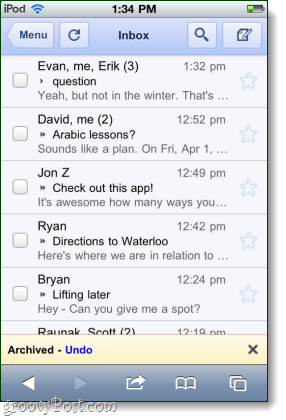 If you’re imperfect just like everyone else is, then you probably have had a few accidental taps on your smartphone screen.  I’m no expert on human biology, but it just seems like the screens on your iPhone or Android phone are just too small for your fingers.  To rectify this Google has added in an “Undo” button that will appear whenever you do any of the following actions:

Google noted that the new undo feature is not available on tablets, at least not yet.

A new version of Google Analytics is now available, v5

If you haven’t tried new beta version of Google Analytics, now you have your shot to switch over to the new version a few weeks early.  Google calls the latest rendition v5, and it has the following new features:

You can try out the new version by Clicking on New Version at the top-right of your browser window when logged into the usual Google Analytics.

Remember when we talked about Google breaking away from H.264 support and going open-source?  Now they’ve begun to integrate it.  In fact, they’ve already converted all of the most popular videos on YouTube to WebM, which makes up about 30% of the total videos on the site.  Also, from this point on all videos uploaded will automatically be transcoded into WebM.  This doesn’t mean that YouTube won’t support H.264 anymore, it just means that now we have more options available to us.

As Google put it, they’re opening up their “cloud infrastructure so that others can benefit from our enormous computational power.”  Google Earth Builder is a program that will allow corporations and agencies to easily manage geospatial data.  If you’re part of a company that uses a lot of maps, this could be quite useful.

Previously label names in Gmail were limited to 40 characters.  Now you can make labels up to 225 characters.  If your label is too long for the screen, Gmail will automatically shorten it using ellipsis; now there is a vocabulary word for ya!