Google must have got a lot of sleep over the weekend because since Monday, they have been releasing 1 update after the other across their online service product line.  Below are a few which caught my eye as fairly significant.  If I missed one, feel free to drop me a note in the comments or shoot me a mail at tips@groovypost.com

Google notifies hundreds of thousands of users they might have Malware

Google’s Security Blog on Tuesday confirmed a fast spreading virus which is infecting PC’s across the globe.  Google first discovered it because infected PC’s are sending odd network requests through the Google Servers.  If Google detects this on your PC, they will display the warning above the next time you visit a Google Search page.

Last year I wrote a groovyPost announcing Google adding Telco features to Gmail and this week Google increased the feature set by adding 2 more new features.  On Wednesday, Google announced that you can now make multiple calls from Gmail and, you can also put calls on hold. 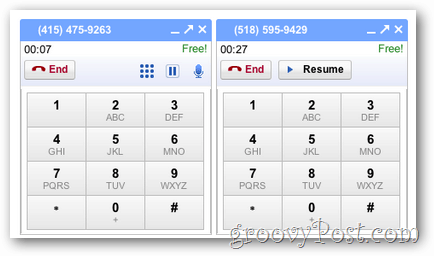 Not exactly ground breaking however… this is another positive step forward and evidence Google is still investing heavily in their Telco side of the dev house.

Read receipts have been around in Microsoft Outlook for… ever?  On Tuesday Google announced they have added Read Receipts to Gmail for Google Apps for Business and google Apps for Government Accounts. 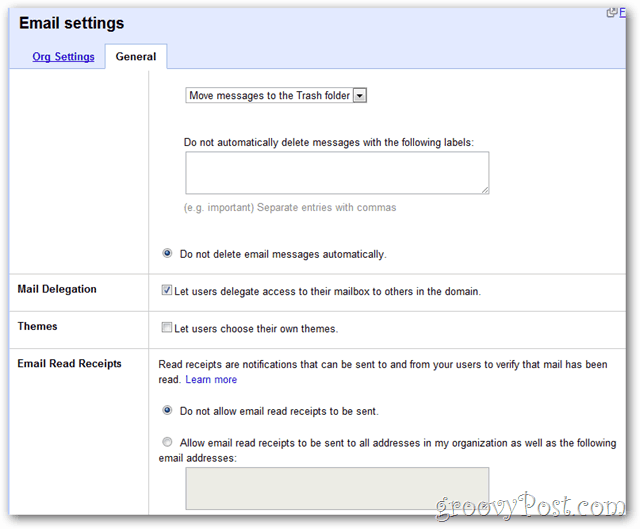 Read receipts are disabled by default and will need to be enabled by your system administrator so give them a shout if you don’t see the option in your Gmail client.

With the release of Google+… this is possibly a moot point however on Tuesday Google upgraded its Gmail Gadget for iGoogle.  Hooray…?  I never use iGoogle but perhaps this is big news for you.?.? 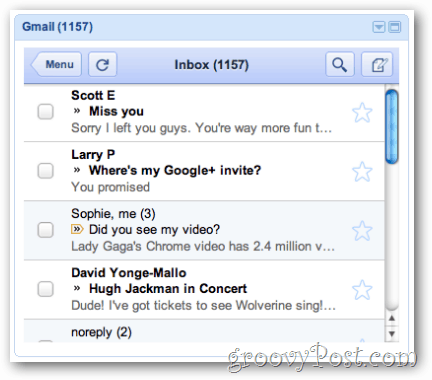 Google says the new gadget is very similar to the Gmail gadget on a mobile so if nothing else, perhaps this is a nice thin client you can use if your still a die-hard iGoogle fan.

Back in 2010 Google announced its very own short-url service goog.gl.  Google registered that domain back in 2009 and apparently a few months later they found an even shorter URL and registered g.co.  Other than being a few characters shorter than goog.gl it was a mystery (not really, I’m just adding drama) what they were going to do with g.co until an announcement on Monday.

On their blog post they said they will be using the g.co domain to shorten and/or link to Google Website only.  Unlike goog.gl which can be used by anyone, g.co is for GOOGLE SITES ONLY.

Although you can view 15 different files types with Google Docs, if you wanted to view files inside compress .zip or .rar files you would first need to download them out of Google Docs.  That all changed on Monday when Google announced native support for .zip and .rar files. 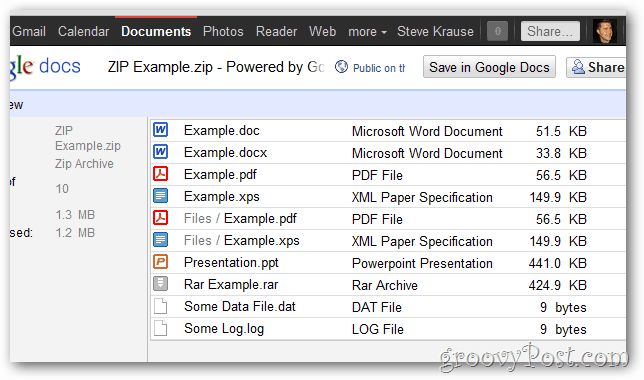 Google provided a test link if you want to take a look at it but the screenshot above pretty much explains it all.  Out of all the updates this week, this is perhaps one of the most important as Google works to steal market share away from Microsoft.

Like I said earlier, a lot of news coming out of Google this week which further strengthen the Google offering against competitors.  It’s amazing how much this company can output honestly week after week.  It will be interesting to see if Microsoft can pickup the pace with Office 365 and remain relevant for the long-term.