Remember back in February when Google released their Cloud Connect add-on for Microsoft Office?  You know, the tool that lets you sync documents and spreadsheets directly to the Google Docs cloud.  It was exciting at first, but after review it was deemed rather useless; mere days later we started looking for ways to minimize it.  Well, Google just released a new update that makes the plug-in almost useful. 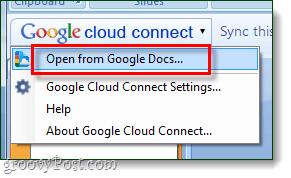 The “Open from Google Docs” menu will automatically list all of your documents stored in Google Docs, and Google even cleverly included a search box to help you find documents should your list prove too long. 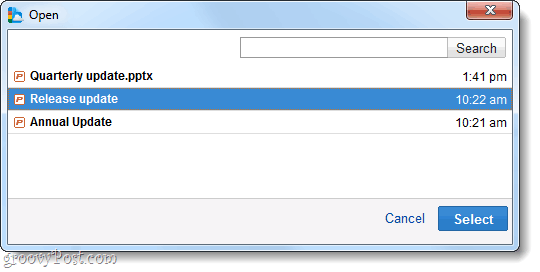 Overall, it’s a groovy update for Cloud Connect.  However, as before, Cloud Connect is still lacking in the collaboration department, though that may not be Google’s fault.  Even on Microsoft’s online Skydrive version of Office we don’t see many features in terms of collaboration.  What we’re ideally looking for is the live chat and team document editing that we experience within the Google Docs cloud.  The problem is what we have now is just document syncing, saving, and updating –often times leading to lost data if two people are working on a document simultaneously in Microsoft Office.