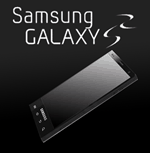 After many rumors and renders of the upcoming Samsung Galaxy S2, Samsung has officially confirmed they are working on the Galaxy S successor. We expect the unveiling of the S2 will be held at Samsung’s Mobile World Congress during February, on which we should also get a chance to see the second generation Galaxy Tab.

The Korea-based manufacturer also announced the phone will have a dual core processor and a super AMOLED screen, which sounds promising enough for any smartphone user ready to test the capabilities of multitasking on his phone.  Additionally, gsmarena.com has released the unofficial specs for the device, and while impressive, they don’t say much for battery life.

The rumor which received a huge yes from Samsung still has some questions left in the shade – it’s not clear which android version will the phone be running, but highest expectations aim at Android 2.3 Gingerbread along with mentioned NFC support. The release data is aimed around the first half of 2011, so all we have to do now is wait. Meanwhile we’re still waiting to see Samsung fully support Froyo on their whole Galaxy S series.