After 12 cycles of beta testing, the Mozilla Firefox release candidate (RC) is finally ready.  It has been a long wait, but the development team has actually done a great job sticking close to their schedule.  So, what’s new in the release candidate that wasn’t there in the beta?  Less bugs, and stability.

The Firefox release candidate has some serious speed.  In comparative terms to the good ole’ 3.6 version, we’re looking at more than 3 times the performance.  They’ve added in a new JavaScript engine, hardware accelerated graphics, and enhanced HTML5 support.  In lieu of tablet PC’s, Firefox 4 RC also adds multi-touch support.  Check out the benchmark comparison below! 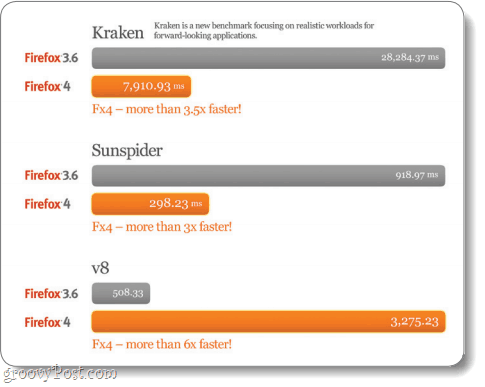 Firefox has changed the way everything looks, and I have to say it’s for the better.  They’ve minimized all of the toolbars without losing functionality, and they’ve improved privacy controls.  This includes a new opt-out button for particular websites and services; if you don’t like Google tracking you, you can just block them.

Over the 12 versions of beta for Firefox 4, the team has fixed thousand of bugs.  The RC is determined to be nearly bug-free.  See the full list here. 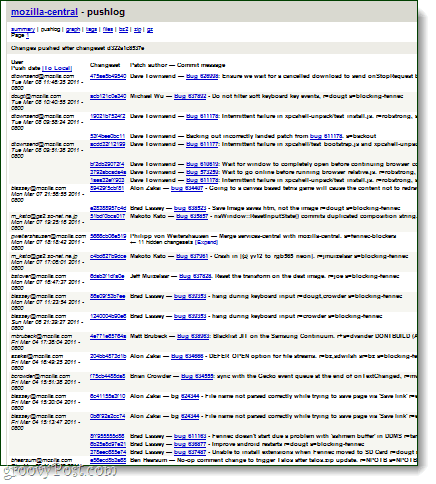 Overall, Firefox 4 RC is a nice addition to my web browsing arsenal.  I’ve noticed that some sites and back-ends –such as WordPress- have been glitching up in Chrome, so it is nice to have to the new Firefox as a backup.  Right now it is faster than IE9, but when put up against Chrome it is still lagging behind by a good 30%.  Once the official release is available, Chrome might once again have some serious competition .

What do you groovyReaders think about the new Firefox?