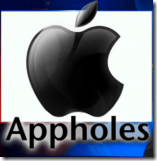 Like any proper “geek” out there, I like probably most of you groovyReaders out there have been paying close attention of the Apple slipup that landed the next generation iPhone in the hands of Gizmodo who went ahead and did a full review.

Once apple confirmed it was theirs and asked that it be returned to them, I figured that was the end of the story. I thought the phone looked pretty groovy and would keep an eye out for it over the summer to replace my iPhone 3G. 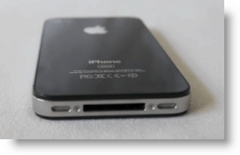 What I hadn’t realized was the story had just begun.  A few days after the scoop by Gizmodo, Apple went on the offensive and began their attack by having the Police illegally (according to experts) enter into the home of the Gizmodo employee Jason Chen and seizing most if not all his computer equipment.  Gizmodo documented the entire incident including Jason’s recollection of the events, the State of California Searh Warrant and the letter from the legal department of Gizmodo’s parent company Gawker Media LLC.  And then of course Wired magazine reported a few days ago that Apple is also looking for the guy who found the Apple 4G iPhone…

I mean really?  Are you serious?  Really?  And that’s when Jon Steward picked up the story covering the incident in a clip almost 5 minutes long:

Among the countless one liners, I particularly enjoyed the part when he said:

“The cops had to bash in the guys door?  Don’t they know there’s a app for that?”

It’s to bad it all had to go down like this however, the side benefit is we got to see a great segment on TheDailyShow.  I hope the comedy continues because one can only laugh about how absurd Apple is behaving about a stupid phone.  Sure, Apple has always been the privacy/secrecy Nazis but common.

Hopefully Microsoft doesn’t let this one go by without getting a jab in perhaps with the help of SNL or??  I can just see the MAC commercial now!

Comments?  Thoughts?  This has been a fun one to watch unfold AND write about!  Would love to hear your thoughts.