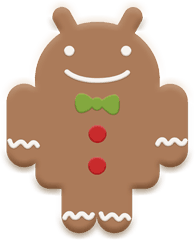 A report by app store analytics company Distimo has revealed some interesting results, which, in my opinion, only show that Android is the most dynamic mobile OS at the moment. Although the iPhone still commands the lead for Apps available in the Apple Apps Store, the Android Market experienced the largest percentage increase in 2010.

The stats show that the Android Market had around six times fewer apps a year ago vs. today – 130,000 apps and growing.  During that same period, Apple doubled its number and now has 300,000.  And just for reference, Nokia’s Ovi Store is struggling at a measly 25,000.

Another interesting fact from the report pointed out that developers seem to gravitate towards providing free apps, opting for other monetization methods. For example, in Apple’s App Store, around 300 million free apps are downloaded on a daily basis, in comparison to only around 350,000 paid ones.

Facebook has shown its power here, too. After being the most sought term in 2010 and beating Google in terms of page views, its mobile apps are among the top downloaded ones. In the Apple App Store for iPhone and Windows Marketplace for Mobile, Facebook has the highest ranked free app, the fifth one in the BlackBerry App World, the second one (after Google Maps) in the Android Marketplace.  Wow… just crazy.