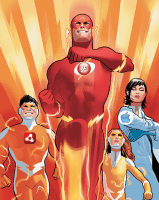 After trying, again and again, to get Flash and Air onto the iPhone and iPad, Adobe has officially dumped the idea.  The real push came to a shove in this direction when Apple updated their new developer license which restricts developers to using API’s they personnaly chose.

This change essentially bans converted third party apps. This change includes the Flash to Iphone Packager made by Adobe. Needless to say, Adobe is pretty angry.   Principal Product Manager Mike Chambers wrote an interesting article which was nothing short of hate mail, but he had a few good points.  Officially he stated:

We will still be shipping the ability to target the iPhone and iPad in Flash CS5. However, we are not currently planning any additional investments in that feature.

The primary goal of Flash has always been to enable cross browser, platform and device development. The cool web game that you build can easily be targeted and deployed to multiple platforms and devices. However, this is the exact opposite of what Apple wants. They want to tie developers down to their platform, and restrict their options to make it difficult for developers to target other platforms. There is plenty of commentary online about this, so I won’t belabor the point

However on a more interesting note, Adobe Flash & Air will be available for Android tablets and other Android devices.  At this point, I guess Apple could really care less.  With 10.89 million iPods and 8.75 million iPhones, it looks like not having Flash on their devices isn’t exactly hurting their 90% rise in profit for the 2010 Q1.  WOW.