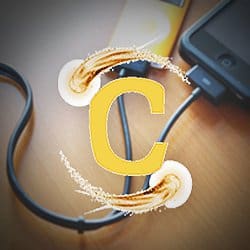 Tired of iTunes? Want to keep syncing your iOS devices faster and easier? CopyTrans is exactly what you’ve been looking for all your life.

Following the release of the new iPhone models and the new Apple Watch, some people will continue using Apple products as their primary mobile devices. Others, however, might not. While I’m still wondering whether I should switch to an iPhone or stay in the Android lane, there’s one thing that most of us can probably hate on together – iTunes. A non-customizable memory hog that tries really hard to be your primary music player but fails in just about every aspect. While there are plenty of alternative music players out there, almost none of them have the ability to sync to iOS devices. This is where CopyTrans comes in.

CopyTrans isn’t just a single application – it’s a complete package designed for solving your daily troubles with iOS syncing and iTunes. The best part is that the one which you’re most likely in need of – the music syncing one – is absolutely free. It work with the latest iPods and iPhones, not just the old models that most other apps work with. And by the way – in case you’re in need of other iOS helper goodies, such as Contact sync and an App Manager, check out the CopyTrans Store.

In fact, we previously covered how to manage iPhone contacts with CopyTrans Contacts. 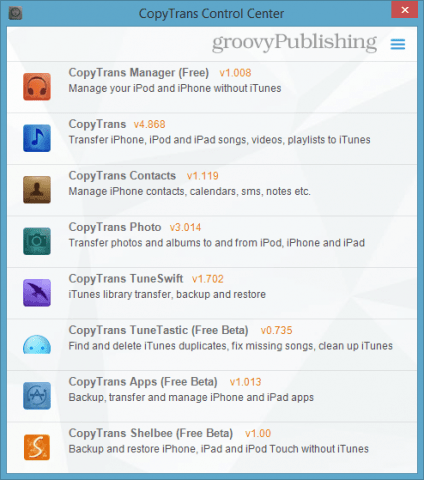 The first thing you’ll want to do is make sure your iPod/iPhone drivers are installed correctly on your PC. If you’ve been using iTunes so far, then the drivers are surely installed and running, but if this is your first time syncing an iOS device from the computer you’re using you might want to consider the CopyTrans Drivers Installer .

After you’re done with the drivers you can proceed with opening the app itself. 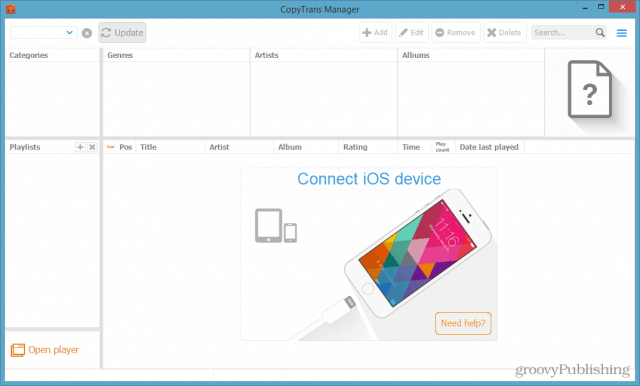 You will be prompted to connect an iOS device, which you should easily be able to do (Warning – make sure you close all your running apps before connecting!). After connecting the device you might have to wait a while for the app to load, mostly if you have a large music library (64GB users – time to sharpen your patience).

Transferring a song is as easy as dragging and dropping it into the list of songs.

And then clicking the Update button. Upon doing so you’ll have to wait until the songs are transferred and added to the library.

In a few moments you should see this message pop up at the bottom left of the app…and your mood should be more than Happy, knowing you’ve ditched iTunes for good. 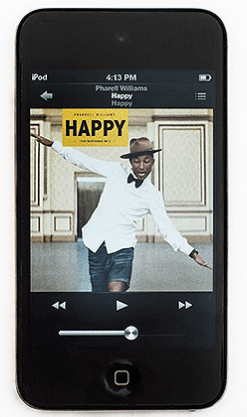 CopyTrans is an incredible app that I love and fully support. I’m sure most of you will immediately make the switch from iTunes to this neat little program as soon as you try it out. Let’s hope this great application will get support for the soon-to-be-released iPhone 6 and as well.