Each time there is a release of a new Android operating system version, Google has also come up with a dessert related nickname.  As of last week, the Gingerbread has landed…

In front of the Android office at the Googleplex they’ve lined up giant statues that match the nickname of each version of the operating system.  Google even added in a larger-than-life size Nexus One phone replica to the mix of delicious sweets. 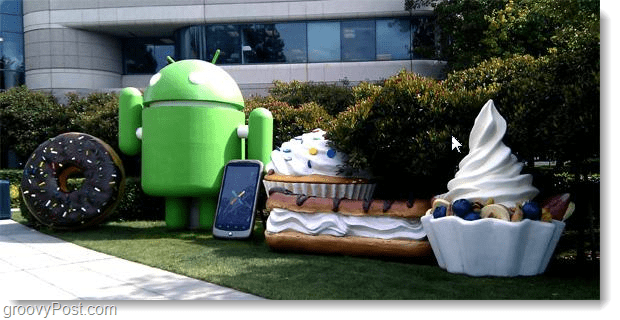 As is now a tradition, the Gingerbread man has been placed outside.  This means two things:

I’m looking forward to learning more about the new update to the OS,  but I’m wondering what Google is going to do about all of the manufacturers that are lagging behind with pushing the update to the individual devices.  Many people are still running 2.1, or even an older version such as 1.5!  All these tasty new updates aren’t going to do anyone any good if they don’t have access to them.