Not much to talk about here.  As always, the entire suite of software is 100% free. Next!

The Live Essentials Beta package is available to everyone for download.  You can pick up a copy for yourself at http://explore.live.com/windows-live-essentials-beta (at the time of this writing.)  The site will have you download a 1.2 MB file called wlsetup-webc.exe, which is the installer.  The installer will open up the menu shown in the screenshot below, and you’ll then be able to pick and choose which programs you want to download and install.  Depending on what you already have installed, some of the Suite installs as new or updated.  All the Apps are listed with a checkbox, so you can pick and choose exactly what you want. 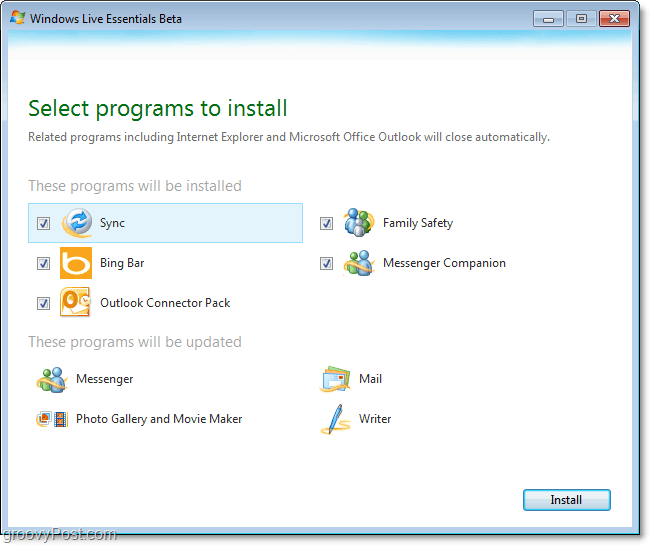 Personally, I won’t be using all of these applications, but I’ve gone ahead and installed them all just to write this article.  Below I’ll be briefly showing you each Live Essential application, and you can decide for yourself if you think they are worth it for YOU to install.

The Live Messenger is more or less what we’ve always seen with MSN Messenger.  The first and possibly biggest mistake they’ve made with the new version is the HUGE social tab.  It seriously makes Messenger about 4 times larger than it ever needs to be.  I’m not sure if Microsoft is trying to make Live.com the new Facebook (of course they are), if they’ve gone crazy, or if they just want messenger to be super-bloated.  Thankfully they’ve included a button to switch the messenger back to the compact view we know and love.  I personally can say I won’t be leaving compact view.  Ever. 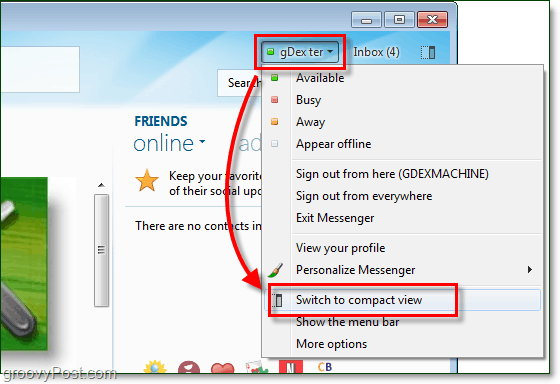 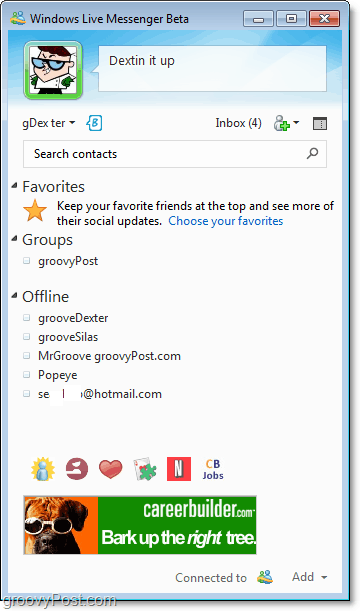 The Live Family Safety app is a unique app that expands on the already built-in Windows Parental Controls.  It can block websites and programs, or just limit their use.  The feature that surprised me was the activity logging.  Use Family Safety long enough and it will start to generate a detailed list of every website that the designated computer user has visited.  This could be really useful for keeping an eye on the kids, or an excellent forensic tool for you the next time you need to go fix your crazy virus-downloading grandfather’s PC. 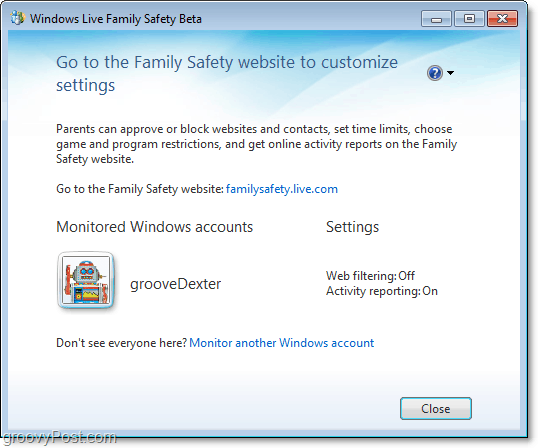 We’ve already written a full review on the Bing Bar and little (if anything) has changed since.  The bar is somewhat useful if you are an Internet Explorer (IE) user.  On the downside it automatically installs in Firefox too, and there is no option to not install it, which sucks.  The Bing Bar does not work well with Firefox at all, its buggy, huge, and terrible.  You can disable the Bing Bar from the Firefox Tools > Add-ons menu, but I can’t recommend installing this toolbar to anyone.  You can probably tell I’m not a big ToolBar fan so please, don’t take my word for it; I’m a bit slanted.  You might just like it, who knows?

I’ve been using Live Writer for a few years now, and I’ve come to love the interface and usability it offers.  I think it’s safe to say it’s the DEFACTO blogging tool for all bloggers PERIOD.  If you’re a blogger, your using Windows Live Writer.

In the new Beta version, Microsoft has completely changed the layout. The sidebar is gone, and now everything is in a new and very Office 2010’esq ribbon menu.   Presently, I’m using the beta version to write this very article!  I haven’t noticed many new features yet. There are a few nice little changes such as auto-pasting hyperlinks, new picture effects, emoticons, and plug-in support.  I’m still on the fence about whether I like the new layout or not but, I’m sure the new design will grow on me.  The good news is I’m glad to see Microsoft is continuing their investment in Windows Live Writer being that behind Microsoft Outlook, it’s the one tool I use the most all day. 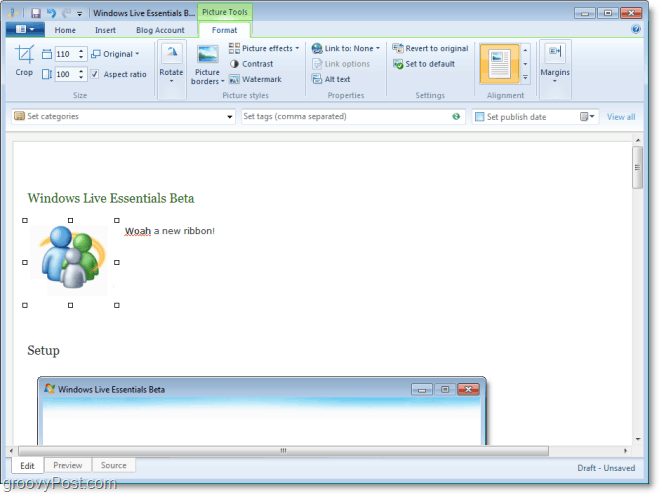 Live Sync was previously known as Live Mesh and before that FolderShare.  Sync is Microsoft’s answer to Dropbox, but it’s not as cool yet.  Then again, Live Sync does hook up to Skydrive which is pretty grovy!  But the bad news, however, is although Microsoft gives you 25 GB of free storage space on Skydrive, you can only use 2 GB with Live Sync.  HUH?  WHAT?  SAY AGAIN???

Compared to the previous version of Live Sync that would only let you SYNC folders on your computers to other computers on the Internet, the new Live Sync Beta allows you to sync now to the cloud (2 GB) as mentioned above.  So, more features than Dropbox now?  YES.  Will I move away from Dropbox and over to Live Sync?  No; not yet, sorry.  2 GB just won’t cut it. 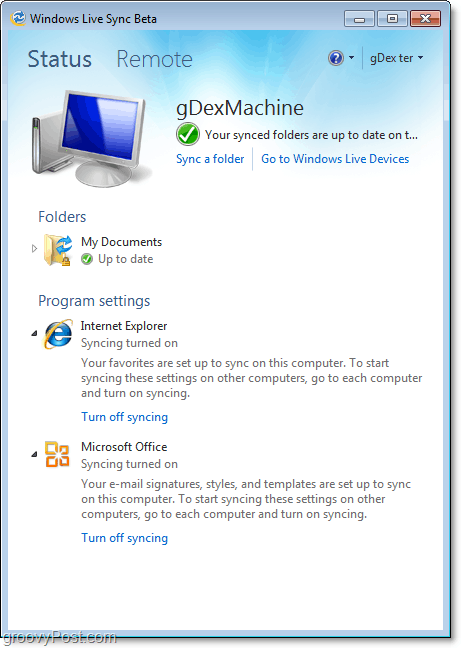 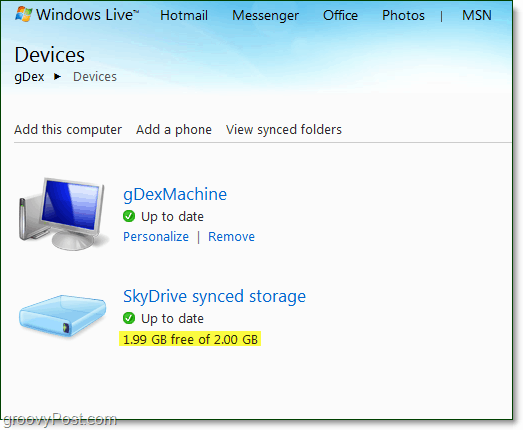 Live Mail went through a total revamp since the last time we talked about it.  The menu converts to the Office 2010 style ribbon, and that alone adds a HUGE improvement over the old menu.  The incorporated File menu allows you to manage everything much easier than before as well.  There are new features, but the biggest has to be the new safety options and junk mail filters.  With the finished product of Windows Live Mail Microsoft is giving Thunderbird a run for it’s money.  Home users, you might no longer need Outlook. 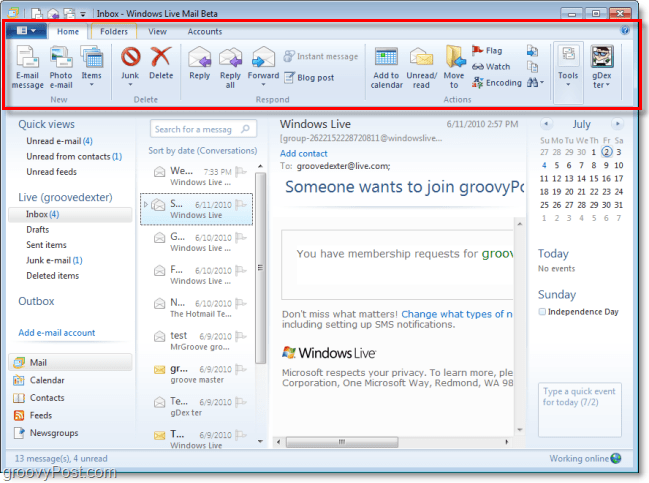 The movie maker has been updated to include more special effects.  It’s still close to the same old Windows Movie Maker that we know and love, but it’s also become a lot more social.  You can now share videos straight to the web from movie maker; YouTube beware!  Personally, I really like Windows Live Movie Maker.  I use it almost daily to transcode my .MOV videos from my Canon 7D to .WMV so I can stream them to my XBOX 360.  I’m glad to see Microsoft stays on the path of continual improvement! 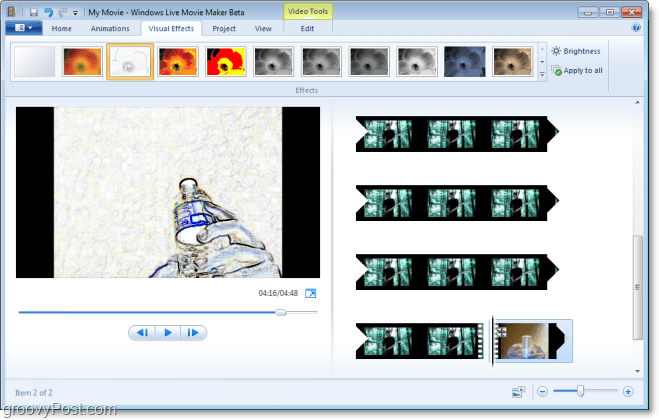 Windows Live Photo Gallery is Microsoft’s answer to Apples iPhoto and Google Picasa. This new version has some groovy new features which I still need to play with; however, TechCrunch talked about some of the biggest improvements specifically the ability to take a bunch of pictures of a group then choose the best face of each person from each shot. Interesting! 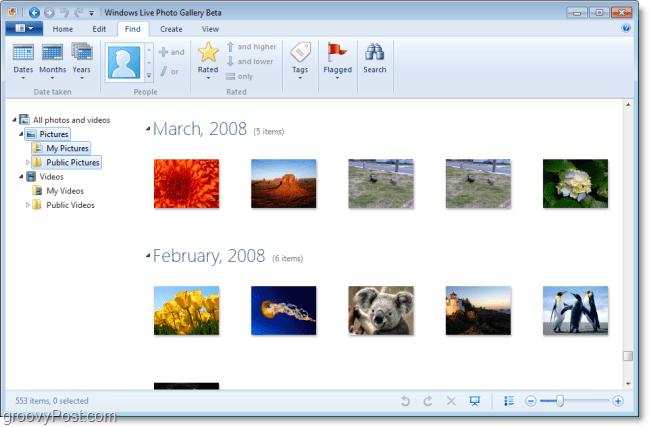 Remember the Outlook Hotmail Connector?  Outlook Connector Pack is the new replacement.  If you have Outlook 2007 or 2010 installed, you can use the connector tool to sync all of your Hotmail/Live Mail contacts, calendars, and email into Outlook.  It works much like an exchange server for Hotmail users, and it’s a must-have if you haven’t switched to Gmail yet.

Overall with the new Windows Live Essentials Beta you’re really getting what you pay for AND THEN SOME!  The pack is designed to simply compliment Windows Vista or Windows 7 and act as the bridge between the operating system and online Live services.  If you don’t use Live services you may not care about most of the products in the pack.

That being said, I think Live Sync, Movie Maker and Live Writer have some serious potential if Microsoft can get its act together and learn a thing or two from Dropbox and Apple.  Could Live Sync be a Dropbox killer?  I would say yes, but time will tell.