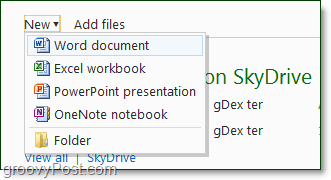 You can find them at Office.live.com.  Although the online suite is limited in comparison to the desktop version, here are some highlights I’ve noticed after playing with it for a few minutes:

Later this week we’ll take an in-depth look at each web application and their features but for now here are the basics.  I ran a performance test using IE, Chrome, and Firefox.  The result was that it runs great in all three browsers, but Chrome is probably the most minimalist, so that’s what I’ll be using for screenshots.

The Ribbon is Online!

If you like the ribbon from the desktop version, it’s here online too.  In fact, the interface looks nearly identical except for a few missing tabs and features.  Overall it gives it a nice feel and makes it easy to forget that you’re not actually working in the REAL Office.

The File Menu Is Going Strong!

The biggest fix Microsoft made with Office 2010 (in my opinion), was bringing back the File menu from that horrible Office Button that existed in 2007.  I can’t tell you how many Help Desk calls that created at my company.

Microsoft made a solid move here and brought the File menu into the online suite. They standardized on the latest look and feel – like Office 2010.  You’ll see a few different goodies under the File options. 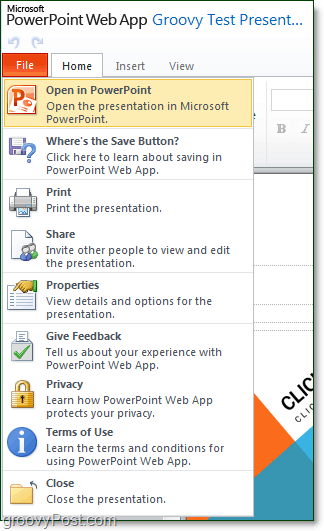 The Yamoto cannon of the suite is the ability to go back in time to earlier versions of the document whenever you want, and then come back forward to the most current one.  Documents edited in the cloud will keep a copy of all changes done with each open and close of the file.  This process is a groovy feature for anyone working on a collaboration project, and you want to know exactly what changes were made by which team member. 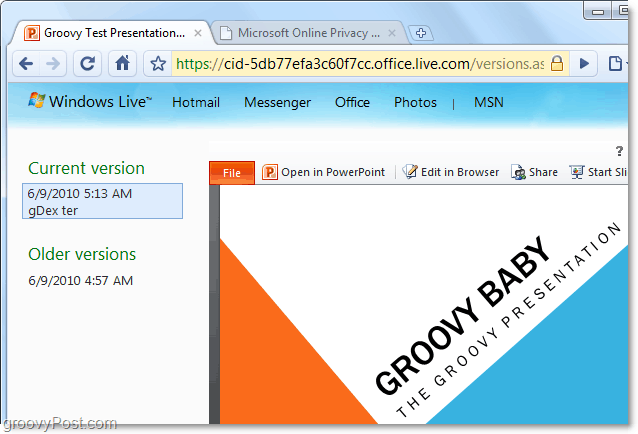 Microsoft has kept collaboration simple using a group system.  You can create a group and it will show up as http://YourGroupName.groups.live.com/.  Groups also have a group email and built-in OneNote collaborative notebook, group calendar, good document sharing, etc.  It’s like a hosted Sharepoint site basically.  Users in a group can also share any SkyDrive file they want including documents, photos, etc. There is also an area to post messenger activity.

Overall I like it A LOT better than the collaboration in Google Docs. We can expect some more functionality in the near future, especially with the new Docs.com coming harvesting the mass of Facebook.  You can take a look and create your own group to integrate your office.live.com account by going to groups.live.com.  Act fast however as all the good names like groovypost.groups.live.com are going fast.  ;)

Ready to try it out for yourself?  All you need to access Office 2010 online is a Live account, and those are free!  Try out Office Online at http://office.live.com/.

What do you think of the new Office online?  Voice your opinion in the comments below!