A year ago we looked at Microsoft’s announcement of Project Natal, and with it came a lot of excitement.  Since then, things have changed a bit –Project Natal is now known as Kinect, Milo was scrapped, and you can pick up the motion camera and games in store as of last Thursday.  Sony even released a similar motion system, but theirs has a controller.  How does Microsoft’s Kinect detect motion?

Kinect functions with a camera that beams out thousands of individual dots of light via an IR generator, and to the naked eye they are completely invisible.  That is, until you pull out a pair of Nightvision goggles or a camera equipped with the feature.

The thousands of beams of light illuminate the user and the built-in software is able to determine exactly which beam of light is hitting the user and how long it took for it to do so.  I don’t know about you, but I don’t think I could measure how fast light is moving with a stop-watch.  The sensor on the camera picks up the distance of the person and the light that is hitting them.  The rest of the work is all done with software.

Images thanks to Primesense, the company that created the Kinect camera. 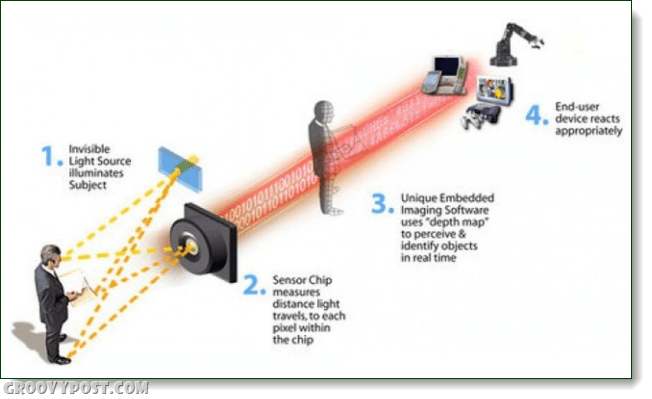 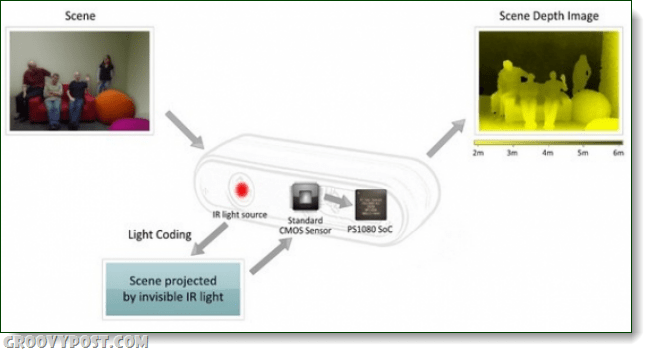 With this kind of technology also comes a steep price tag.  The sensor itself is priced at $149.99 and it comes with the Kinect Adventures game.  Alternatively you can buy the entire Xbox 360 system package that comes with the sensor for $399.99.  If you’re concerned about connect games, there are already several out and they are priced at approximately $47.

Do you have a Kinect? If not, are you planning on purchasing one? I’ll probably buy one once the price becomes more reasonable or until the next SP release when Microsoft has something closer to something like Spielberg’s Minority Report.