Are you stuck trying to decide whether or not you want to jump on board with the new Microsoft Office 2010?  You’re not alone!  When you consider the concurrent and less expensive alternatives it can make Office look like that overpriced navigation system with features and functionality you might never use.  But if you or your organization is serious about business, Office 2010 deserves a serious look as the new bells and whistles are quite impressive.

Office 2010 comes packed with small upgrades that, put together, make it stand out head and shoulders over the old Office 2007 suite AND its competitors.

Here are just a few examples:

Microsoft has kept its title as the Office desktop champ, and it doesn’t plan on losing anytime soon.  Free and paid alternatives such as OpenOffice and Apple’s iWork have popped up on the grid, but they just don’t have the tools to compete with Office 2010 in a corporate environment.  If you aren’t able to maintain a 24/7 internet connection –or simply don’t want to be required to – then Office 2010 is the #1 Draft pick.

3.  Where is the competition?

Google Docs and Zoho are both notable pieces of work, as is Open Office. However, all of them are doing just one thing – Imitating the real deal, Office 2010. As free services, they have their place as does the Free Microsoft Solution Office Live Web Apps.  But they remain light years away from competing on the same level as the desktop version of the Office Suite including Office 2010.

4. Improvements to the ribbon

In Office 2007, Microsoft created an entirely new interface to its Office Suite.  Some found it awkward some loved it but overall, most grew to tolerate it.  The new ribbon in Office 2010 has all of what we used to love (A File Menu Tab!!!) as well as a continued refinement of the Office 2007 Ribbon.  The result, the annoying Office Orb is gone, and we now have a clean and efficient Office Ribbon.

Dropbox and Google Docs might offer online storage, but Microsoft gives you 25 GB of it for free with SkyDrive.  With Office 2010, Microsoft finally completed the puzzle by adding full integration between the Desktop Office Suite and their “Cloud” Microsoft Live Suite.  Built right into the File, Save & Send ribbon features you can upload/save/share your documents directly to your SkyDrive account with a max upload size of 50 Megs.  Not bad. 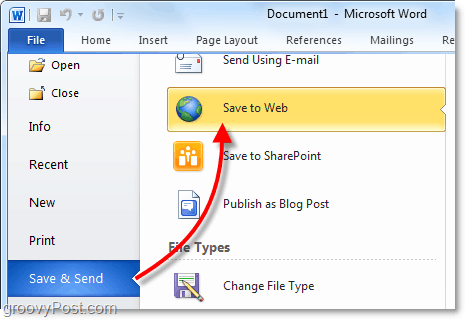 As Office 2010 hits a store near you, Microsoft released Word, Excel, Powerpoint and Onenote to the cloud (Windows Live Platform.) They are all free, online, and they integrate with your local OS, Browser and Office 2010, all seamlessly.  Using the Live Office web apps you can edit documents on the fly and easily share them with anyone all for no charge.

In the past, losing documents to crashes has been one of my biggest complaints about the office suite.  Although previous versions of Office included AutoRecover, Office 2010 improved upon it.  Office 2010 helps prevent data loss from application crashes, and it even works when you accidently close a document and forget to save.  To go along with AutoRecover, Microsoft also rolled out a new version picker that lets you roll back to earlier edits of your documents similar to the way Google Docs and SharePoint allows you to select revisions. 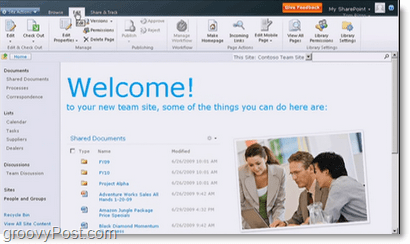 9.  Protects inboxes from malicious attacks, so your organization (and contacts) can rest easier.

The good news is Microsoft has taken note of this too, so they’ve killed off the upgrade program and lowered the prices.  You can pick up a brand new Office 2010 Professional Suite (Ultimate equivalent) for $499.99.  But to replace the upgrade program they now have a new keycard program.  If you purchase a new PC that comes with Office 2010 software pre-packaged, you are eligible for a keycard purchase and you can pick up keycards at retail stores and some online distributors.  Office 2010 Professional via Keycard goes for $399.99, so a $100 discount isn’t too shabby. 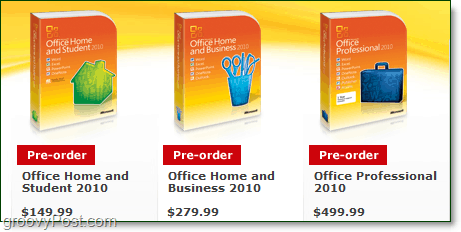 and much much more…

Over the past six months that I’ve been playing with Office 2010, I have to admit it is rock solid.  MrGroove had a few problems with Outlook Crashing at work due to weird emails however once he fixed that problem, it has been smooth as silk.  The new features combined with the great new look confirms its spot as the king of the desktop business/home productivity suite.  It’s more expensive than some of the competitors out there, but I have to admit, you ARE getting what you pay for with this one.