Those of a certain age learned how to type using a physical typewriter. To those folks, there have always been two spaces after a period. With typewriters long gone, new generations have grown up without needing those two spaces. Despite this, Microsoft Word has long accepted both style choices. Soon, that will no longer be the case.

This year, Microsoft promises to choose a side finally. A future Microsoft Word software update will default to single space after each period, while two spaces will be met with blue squiggly lines. In other words, two spacebar pushes will now be considered a mistake.

Back when IBM typewriters reigned, typists spaced twice between sentences to more clearly define an end of a sentence. Then, characters in a sentence used monospacing, which means they each took up the same amount of space on a page. Today, fonts automatically adjust the width of characters and spaces them proportionally, making them much easier to read.

Even though using two spaces once had a practical use, it was never considered the preferred method the most used style guides. The APA, Chicago Manual of Style, AP, and the United States Government Printing Office Style Manual always supported a single space at the end of sentences.

And yet, two spaces have always remained acceptable, or at least tolerated, option in Microsoft Word.

Whether you’re a two-spacer or don’t have any preference, you can change the spacing default in Microsoft Word. Your customized setting should carry over beyond software updates.

To change the default setting in Microsoft Word in Windows: 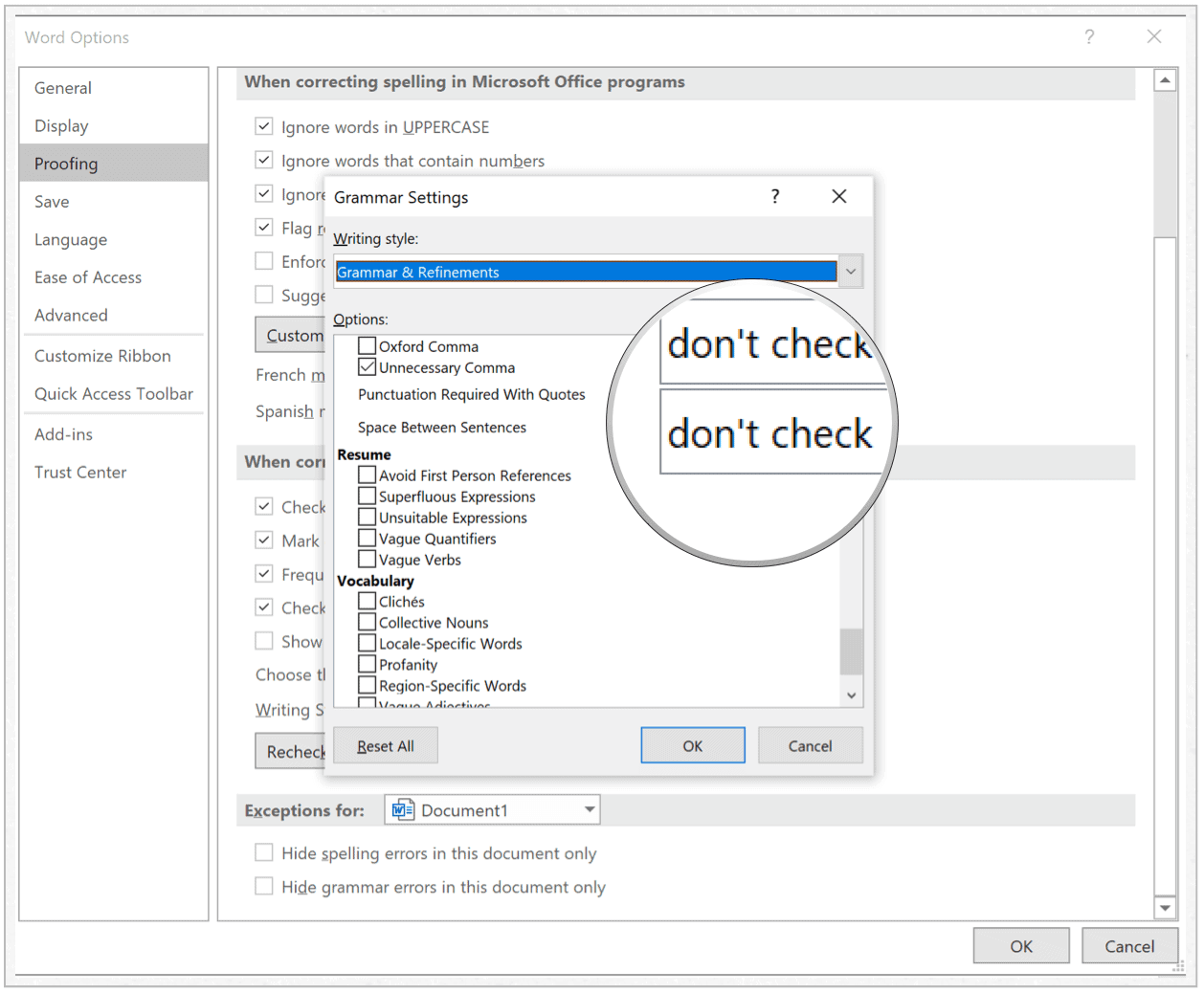 To change the default setting in Microsoft Word in Mac:

If you’re a seasoned dog that can’t learn new tricks, you can still use two spaces after a sentence, even when your place of business requires only one. Instead of making any changes to the Grammar & Refinements settings, use two spaces like you always do. When you’re done, go Edit > Find > Replace and have the system automatically replace two spaces with one. Easy, no?

Another solution works well when you’re using Microsoft Word on a public computer. When you see the blue squiggly lines for the first time, right-click to see additional options. From there, ask Word to ignore this issue. From now on, that copy of Microsoft Word will mark and remove spacing from the list of errors.

I’ve never been one to get hung up on the “two spaces after a period” debate. Though I learned to type the old-fashioned way, I don’t remember one way or another, which style I used during my time on a physical typewriter. Later on, when I switched to electronic word processors and then computers, I must have pivoted to a single character after a period. But, again, I don’t recall.