Office Web Apps now have touch enabled support for mobile Safari on iOS and IE on Windows 8. This means you can edit your Office docs from your iPad. You don’t need to wait for the rumored Microsoft Office apps on iOS to work with your documents.

Office Web Apps now have touch enabled support for mobile Safari on iOS and IE on Windows 8. This means you can edit your Office docs from your iPad. You don’t need to wait for the rumored Microsoft Office apps To come to iOS. You can work with your documents on your iPad or Windows 8 tablet now.

Here on my iPad, I browsed to my Windows Live SkyDrive and opened an Office document. You have to open it in Safari and not the SkyDrive app for iOS. Then, if you haven’t already, tap Join the Web Apps Preview. 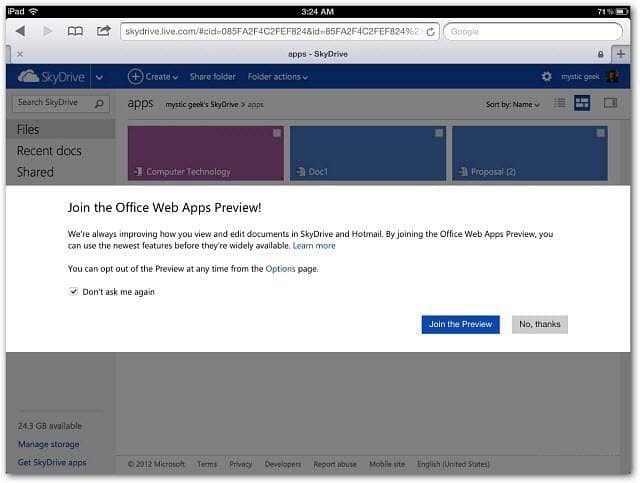 Your document opens in Read Only view. To start editing it, tap Edit in Browser. 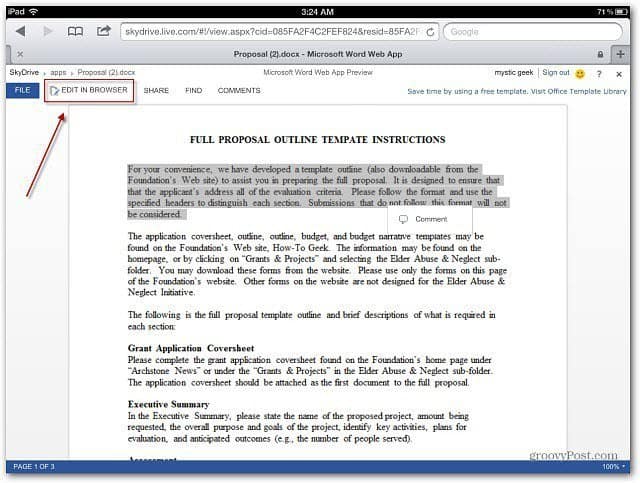 Now you can start editing your document. 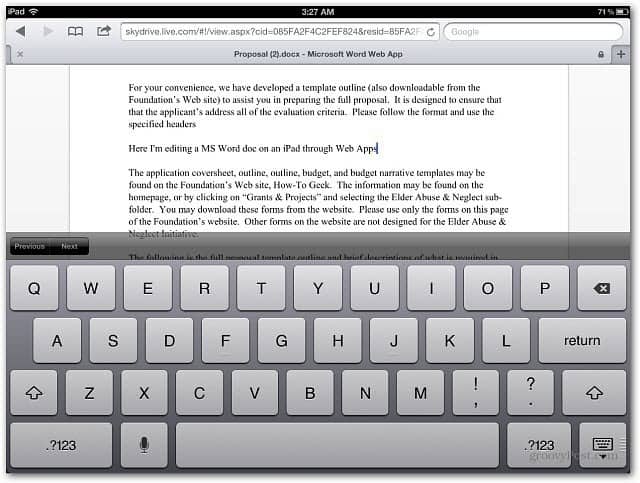 Editing a document via Web Apps on mobile Safari was surprising easy. There’s plenty of room to choose different editing features. Everything isn’t crammed together, so you won’t end up inadvertently launching a menu that you don’t need.

Office Web Apps aren’t as robust as the desktop version, but there’s plenty of features to get the basics done. 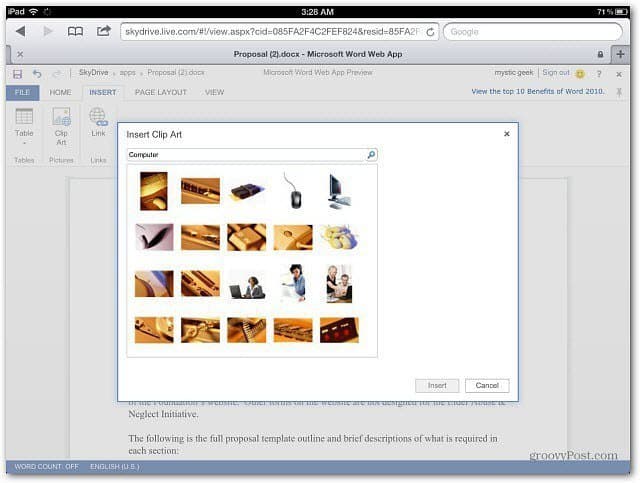 You can work on Word, Excel, PowerPoint and OneNote documents through Web Apps. 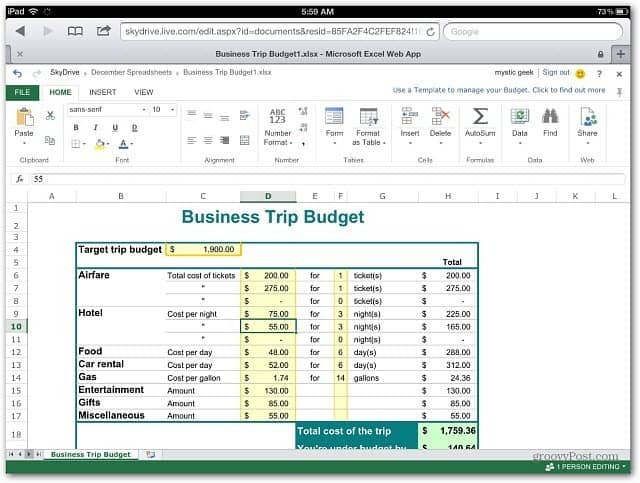 Office Web Apps let you collaborate on documents too, just like with Google Docs. Now with touch support, you won’t need to be at your computer to jump into a document with others. 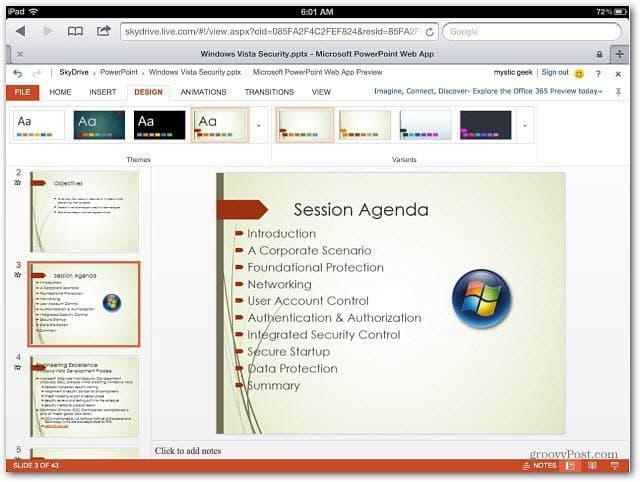 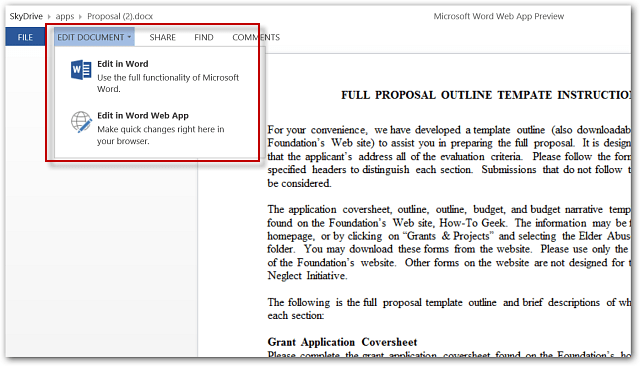 Now you get the Web Apps Ribbon and you can begin working on your doc. 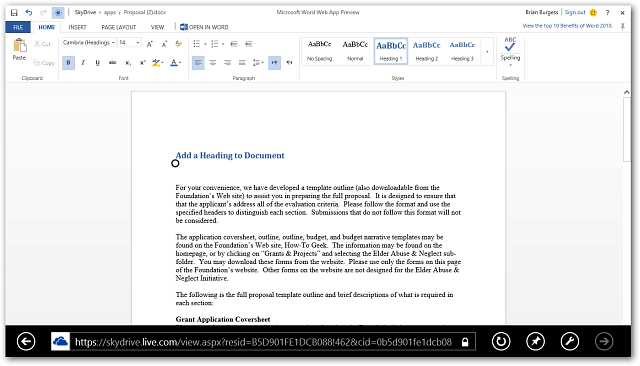 You can start a document at work in Office 2013 which saves to SkyDrive by default, then  pick it up later from your iPad or Windows Phone or Tablet, work on it more from your Laptop at home and finish it when you get to work.

Now you can’t tell the boss you couldn’t access your document to finish the big report. Microsoft is making it so you can access your work from anywhere. Just what you wanted to hear right?