Sick of pressing the home button twice as much to unlock your iPhone after upgrading to iOS 10? Us too. Find out how to restore the default iOS 9 TouchID behavior.

With the latest release of iOS 10, Apple made a significant change in the way the Home Button works to unlock your device. Although Apple had their reasons, for example, to give you more options while the phone is locked by swiping left (Launch Camera App) or right 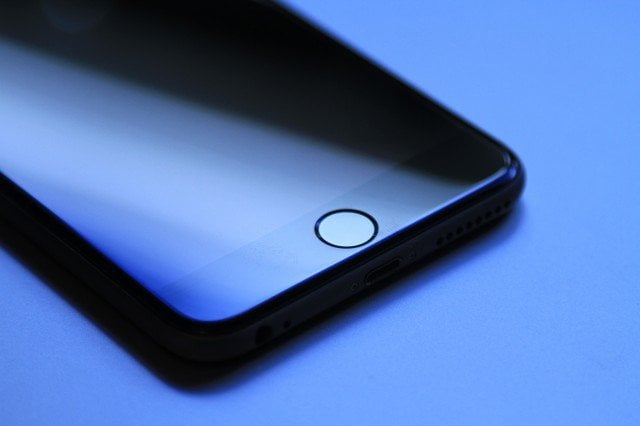 (access information from your apps), for the majority of us, this added step to press the button to unlock the phone is driving us crazy.

Now don’t get me wrong, I get it. This is innovation! Well, think about this Apple (or perhaps you already did…), many of us long-time Apple device users have likely run into failures of the Home button after several years of use. Now factor in this new requirement to continuously press it to unlock the device. Sounds like a disaster to me, at least on iOS 6s devices and earlier.

So, let’s not waste any more time and get right to what you want – How to disable the extra click to unlock an iPhone or iPad on iOS 10.

While trying to find this, I noticed that Apple made an unusually strong effort to bury it deep in the iOS settings. Thankfully, the option is there. 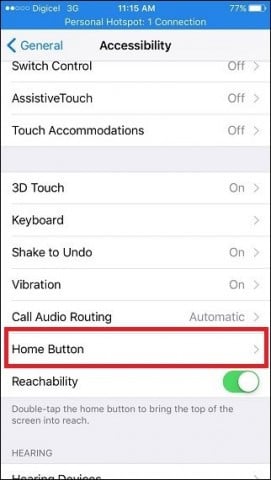 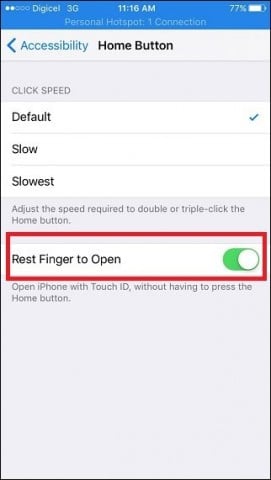 Your Apple device Home button will now behave just like it did in iOS 9 and earlier. Goodbye, “Press home to open.”

When combined with new functionality such as Raise to Wake and the old method of unlocking your Apple device, the experience is so much nicer. I don’t know why Apple didn’t make this the default. Oh yeah, Widgets. If you’re using a device such as an iPhone 6 or later, which supports Raise to Wake, you get the best of both worlds. You can review widgets if needed and easily unlock the device. For owners of older iPhones, this might be a good reason to upgrade to one of the more recent models.

iOS 10 otherwise is a great update with numerous refinements throughout. If you haven’t updated yet, make sure you check out our previous article for what you can do to prepare. If you want to find out what new in iOS 10, check out our rundown of some of the new features and functions.

Tell us what you think, do you like the old or new way or are you still running an older version of iOS?