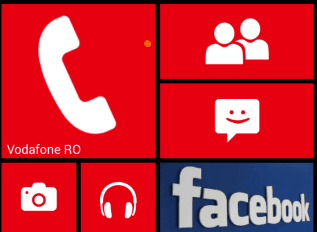 Do you have an Android phone and love the apps and freedom, but really dig the Windows Phone interface? Here’s how to turn Android into Windows Phone UI.

Launcher 8 free (fake wp8) – this is the full name of the launcher – is one of the most interesting ideas I’ve ever seen on Android so far (and believe me, I’ve seen quite a few). This little launcher allows you to turn your Android smartphone into something that you could swear is a Windows Phone (at least at first sight). More than that, it doesn’t just look like a Windows Phone; there are many ways in which it actually feels like Windows Phone.

Once the installation is done, you will be asked, in not-very-clear English, if you want to set it as your launcher. Then you’ll have to confirm things with the Android system. I suggest tapping the always button after you decide for Launcher 8, otherwise you’ll keep getting the question. Then you’ll get a brief lesson on how to play with tiles. If you have ever used a Windows Phone, the similarity of Launcher 8 is astonishing. Tiles can be resized – just long-press and select the size of your tile the same way as in Windows Phone 8. Sliding your finger right to left brings up your list of programs and long-pressing one of them allows you to turn it into a tile. It’s like having Windows Phone 8 with Android apps, but that’s just for the main theme. If you slide your finger left to right, a new set of options appears and, the same as for any other launcher, you can find other themes for it – there are quite a few, but some are in other languages. If you press the Settings menu, you can even edit the theme and save the results. Speaking of other themes, I found one called red, which looks very Nokia-style. Oddly enough, sliding right to left brought up a menu which looked very Android-ish. I guess it’s all in the theme… I’m actually thinking of keeping it for a while, just to trick friends into thinking that I’ve managed to install Windows Phone 8 on my Android smartphone.