Apple’s Guided Access feature is unique in that it goes beyond Parental Controls and locks down your iPad to only one app, even buttons are disabled.

Apple’s iOS devices are definitely cool, and your kids love to get their hands on your shiny gadgets for all sorts of reasons. We’ve already shown you how to enable Restrictions to help secure your device so that your kids can only access the apps you approve.

But, what if you want them using just one specific app, and not be playing Angry Birds when you want them to be using an educational app only? That’s where Apple’s Guided Access (introduced in iOS 6) comes in handy.

Guided Access allows you to restrict the entire device, allowing only one app which you choose – even the home button is disabled.

Restrict iPad or iPhone to Run One App Only

Start by going to General > Accessibility > Guided Access. Then turn it on and set up your four-digit passcode.

Note: I am using an iPad Mini running iOS 7 for this, but the process is essentially the same with an iPhone or iPad running iOS 6. 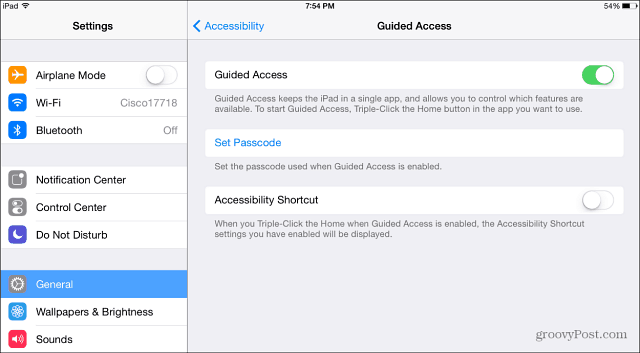 After setting it up, go to the home screen and launch the app you want to lock down and when it’s running, quickly tap the Home button three times. That will give you the Guided Access screen (shown below) and there you can turn other hardware buttons on or off.

You can even use your finger to circle a button you don’t want accessible in the app. For instance, you probably don’t want in-app purchases available for your kid. 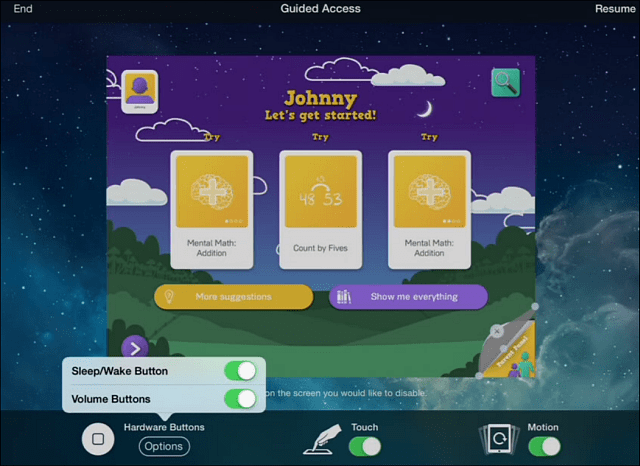 If they hit a button that isn’t allowed on your device, the following screen will let them know it’s not going to work, no matter how much they want it to.

Now, you might be wonder, what stops my kid from hitting the home button three times? The answer is nothing, but, that will only bring up the screen to enter your passcode. 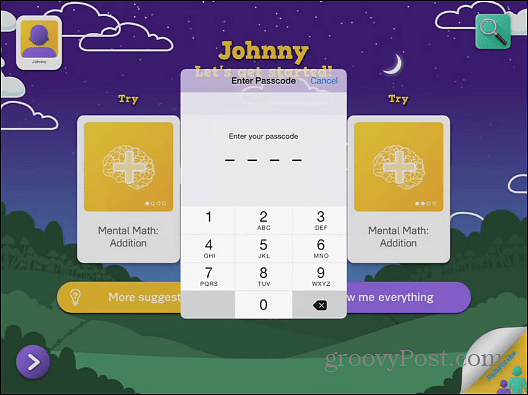 This feature gives you, the parent, control over what you’re kid can do on the device. But it is a nice feature for teachers in the classroom, or anyone who wants to turn the iPad into a portable Kiosk.

Another good idea worth mentioning is repurposing your old iOS 6 devices to one function – maybe as your music player or podcast machine. If you want to do this with your iPod touch running iOS 6 or higher — you can!