You’re phone tracks you all day, and when you get home your streaming device and smart TV is, too. Here is how to stop some of the trackings when watching TV.

Most people don’t think about being tracked by their streaming set-top box, streaming stick, or smart TV. But just like all the other tech in our lives, your Roku or other streaming devices collect and shares your usage data. Your viewing is shared with Neilson for ratings, and your app and other activity are used to build a usage profile to deliver ads. Here’s a look at how you can limit ad tracking on the most popular and common video streaming devices.

Roku’s privacy settings are the same across all its devices. So, whether you have a Roku streaming stick, set-top box, or TV set, head to Settings > Privacy > Advertising and check the “Limit ad tracking” option.

While you’re there, you might want to reset the ad ID as well. Doing so will prevent advertisers from building a profile on your usage and sending custom ads. It’s the same concept as resetting your ad ID on Android or iOS. 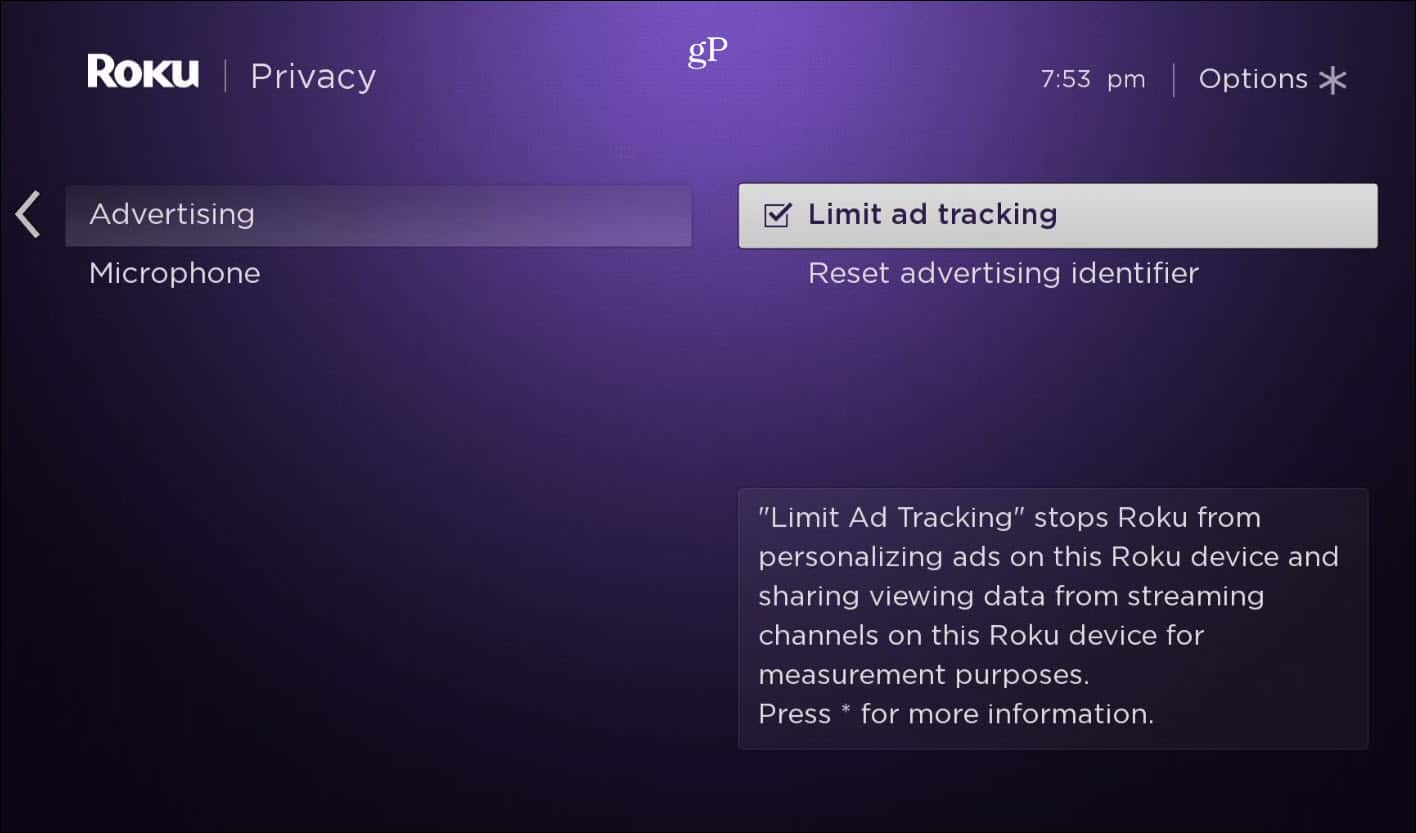 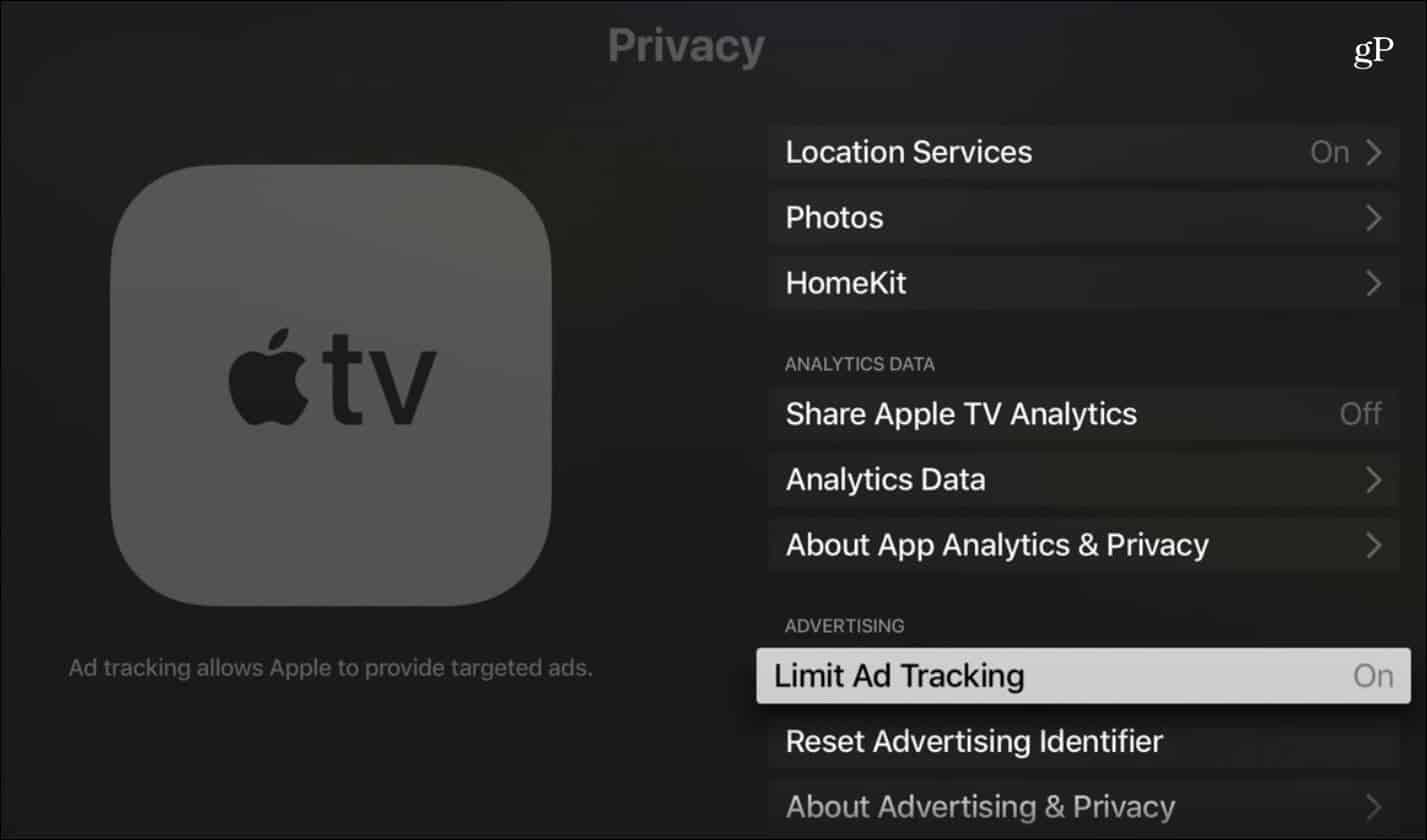 Whether it’s a Kindle Fire HD, Fire TV, or even your Echo device, Amazon loves to track your activities so it can deliver custom ads. To it off on your Fire TV, head to Settings > Preferences > Privacy Settings and turn off the “Interest-based Ads” option. 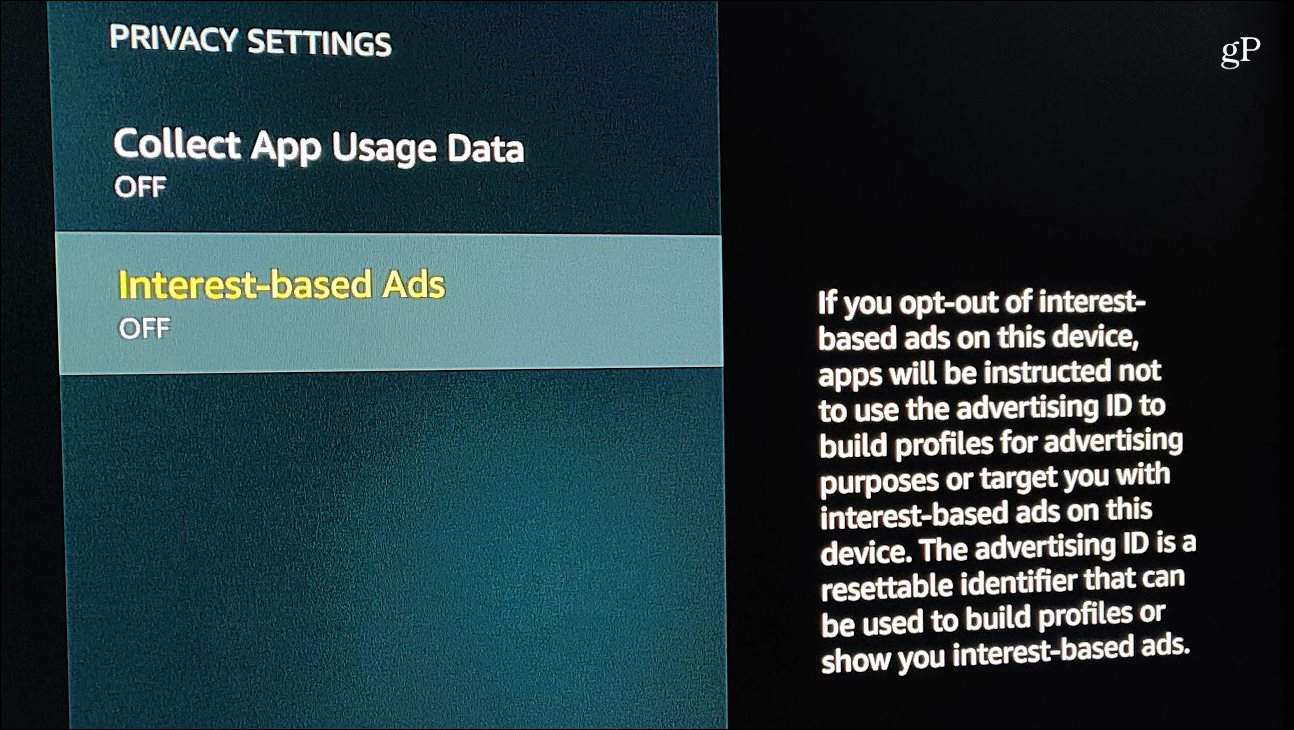 In fact, this menu gives you the option to turn off other data collection like Device and App Usage Data. Just turn it all off. Amazon has certainly collected enough data about us via shopping on its site and using its other services. 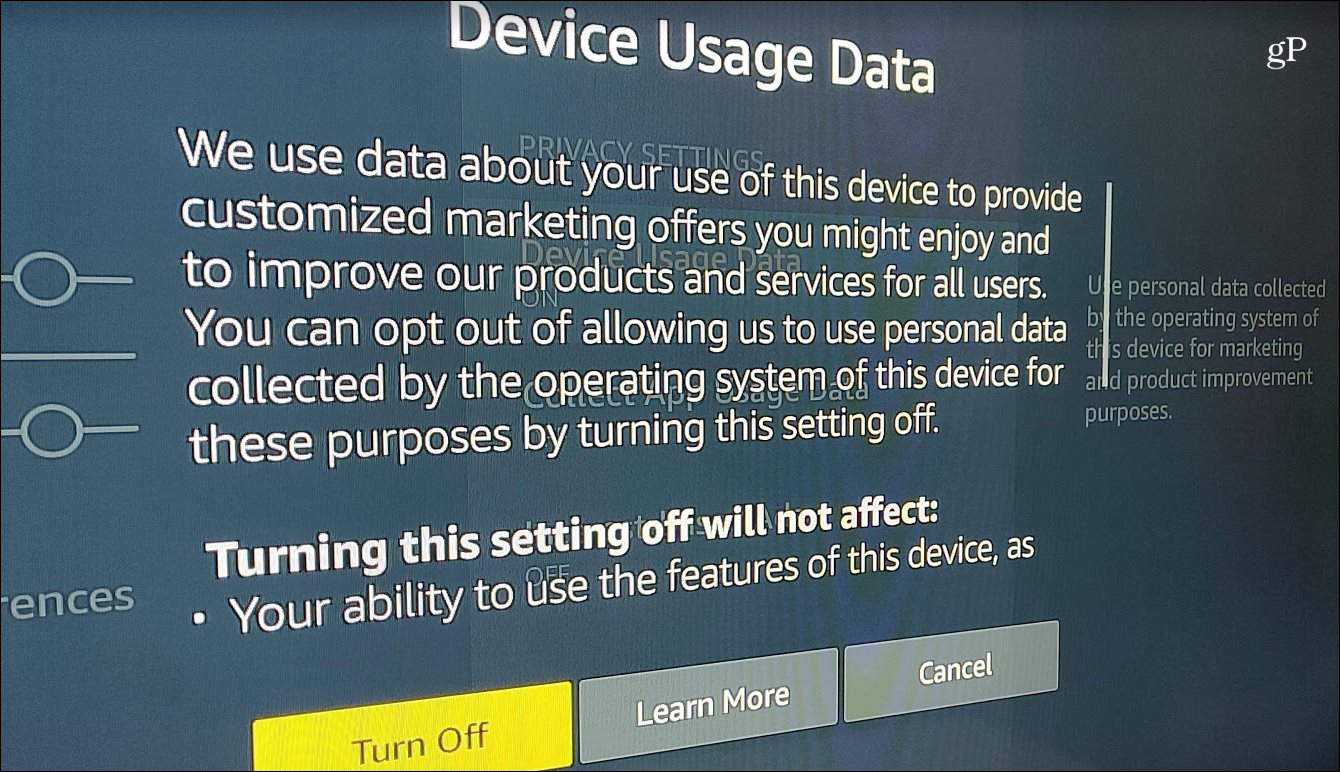 If you have a Chromecast, you can limit the usage data that is sent to Google via the Home app. Launch it and choose your Chromecast from the list of devices. Then head to Settings and scroll down and flip off the “Send Chromecast device usage data and crash reports to Google” switch. 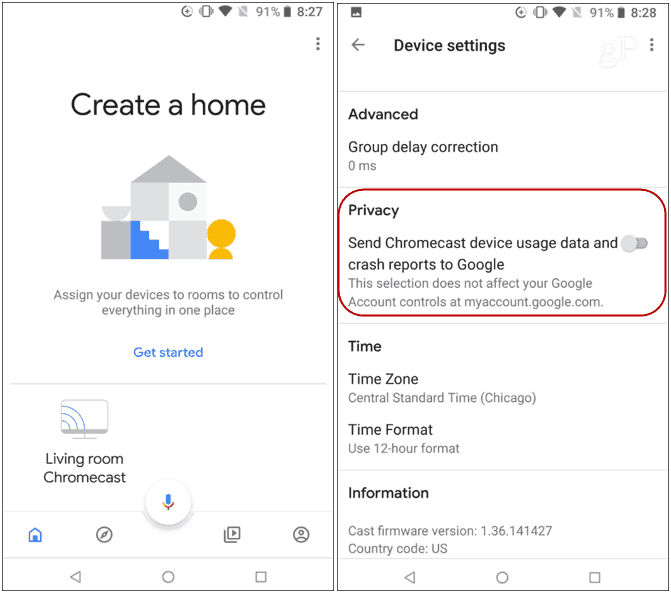 The technology we have today is wonderful and capable of so many things that make our lives easier. But it’s also tracking everything we do, which is irksome. For example, we showed you how to really stop Google from tracking your location. And we’ve shown you how to playback and delete voice recordings sent to digital assistants.

Most of us have pretty much accepted the fact that we give away some privacy for the use of free services during the day. But at night, when we’re trying to relax from the craziness of the day and enjoy favorite movies and TV programs, we also want a break from all the tracking.

And it’s not limited to your streaming stick. Your smart TV tracks your usage, too – Vizio, LG, Sony, or Samsung, for example. You can turn it off or “limit” the tracking, but each model varies. Check the user manual for your specific model. Or, just browse through your TV’s menu.

On a Vizio, for example, go through the menu and turn off the “Smart Interactivity” option. But if your smart television is powered by Google, Roku or a Fire TV Edition, you can turn off tracking using the steps outlined above.

When you turn off ad tracking on your streaming device, it notifies providers like Netflix or Amazon that you don’t want to be tracked. But there’s no guarantee it will happen as Roku or Apple can’t enforce it. It is a lot like the Do Not Track feature that all web browsers have adopted. You can enable it, but a website doesn’t have to honor the request.

Still, it’s better than nothing. Unless you completely go dark and off the grid, the battle to not be tracked is a constant struggle. But if you want to keep your online activity as private as possible, it’s worth turning off the default ad-tracking behavior of your streaming devices.