Whether you’re selling your iPad or iPhone running iOS 7, or just want a completely fresh start, you’ll need to do a factory reset of the device. Here’s how

Update: This article was written when iOS 7 first came out. Luckily, the steps for resetting your iPad back to factory default settings are essentially the same. However, some steps may vary slightly. Also, you shouldn’t need to connect it to your computer unless you want to. Everything can be done directly on your iPad or iPhone.

Reason for the Factory Reset

I finally received my iPad Mini with Retina display in the mail today. When I initially set it up, I restored a previous backup from my old iPad 3 – a backup from early January of this year. Well, I realized that I had a heck of a lot of apps and other data on it then, and I really would rather start fresh.

Whether you want to reset your iOS 7 device as a new one, are having hard solving problems, or selling it, you’ll want to reset it to factory settings.

While restoring a backup from an iPad running iOS 6 to one running iOS 7 is a relatively painless procedure, in the end, I found a few caveats. The restore from my iPad 3 on iCloud took quite a while, and when it was done, I found apps and folder organizations that I don’t even want. We’re all guilty of that one, downloading an app or game, using it once, then never thinking about it again. 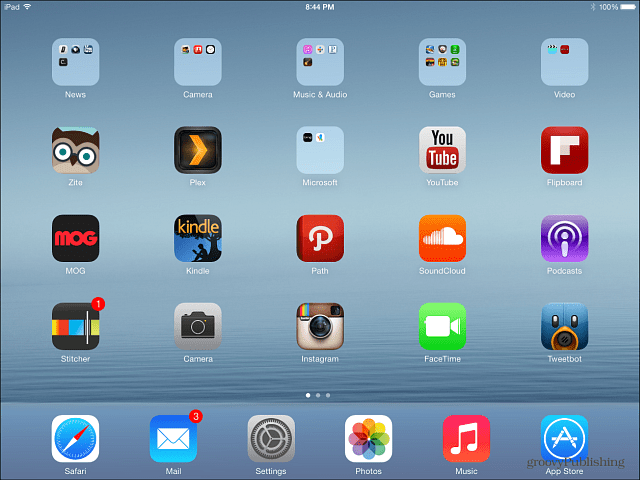 Also, I have the standard 16GB model, and everything was taking up too much space. Time to start over. 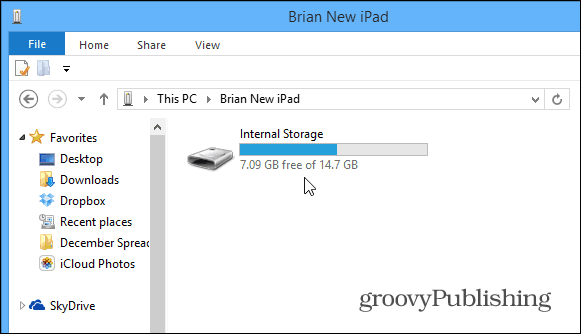 Here I’m restoring an iPad Mini to factory settings, but the process is virtually identical with other iPads and iPhones. 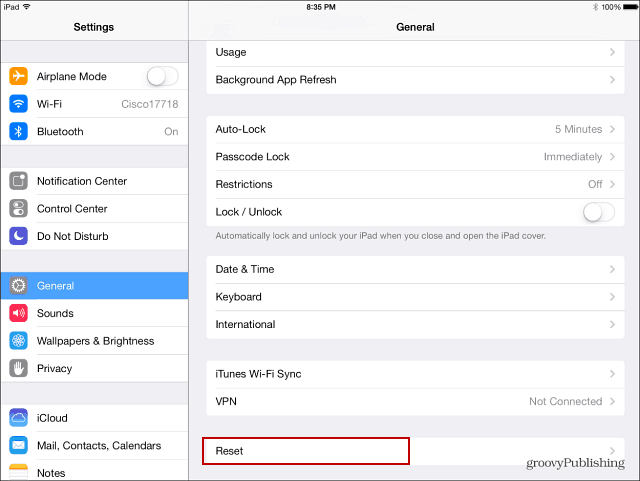 Then on the next screen, you’ll have a few options to reset different aspects of the device. Since I want to start from scratch, select Erase All Content and Settings. 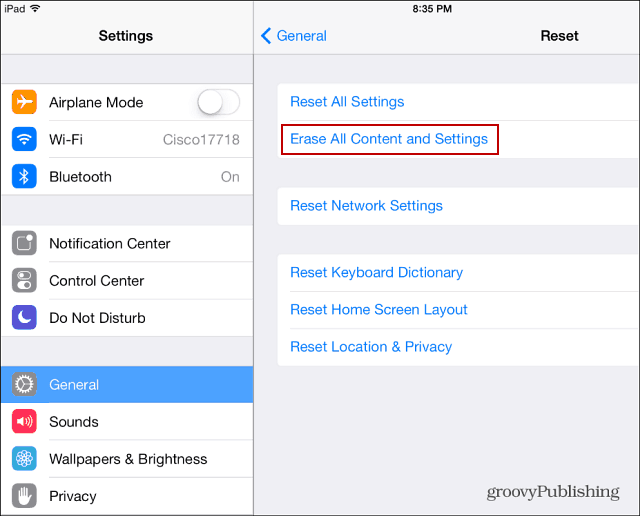 Next, you’ll be prompted for your passcode and verify that you want to erase the device. 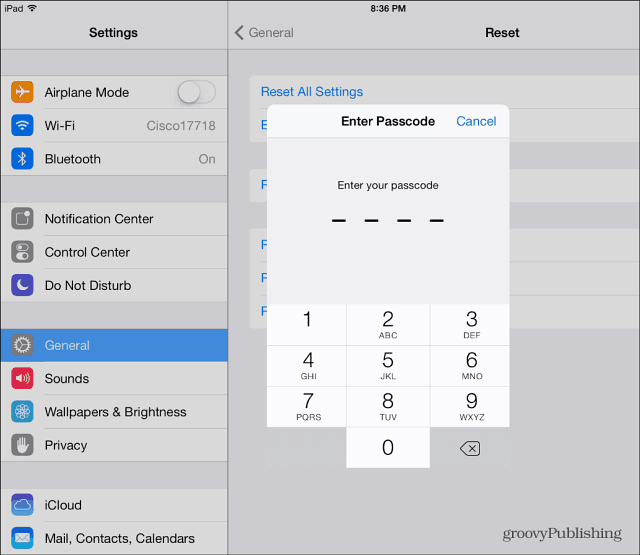 In fact, you’ll be asked for your passcode twice. Then you’ll need to type in your Apple ID password. Obviously, Apple wants you to be sure you’re serious about taking this action. It also adds a layer of security too. In case someone grabs your device and thinks it would be a good idea to erase everything. If they have your passcode, maybe they don’t have your Apple ID password. 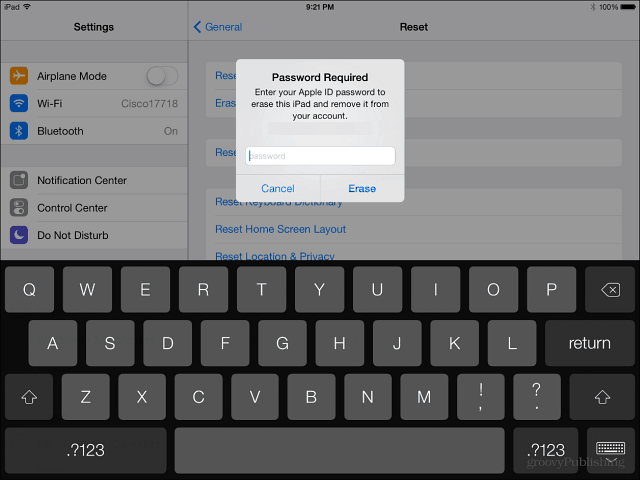 Your device will restart. When it comes back, you’ll need to go through the initial setup again – language, location services, connect to WiFi…etc. Make sure to set it up as a new iPad or iPhone. 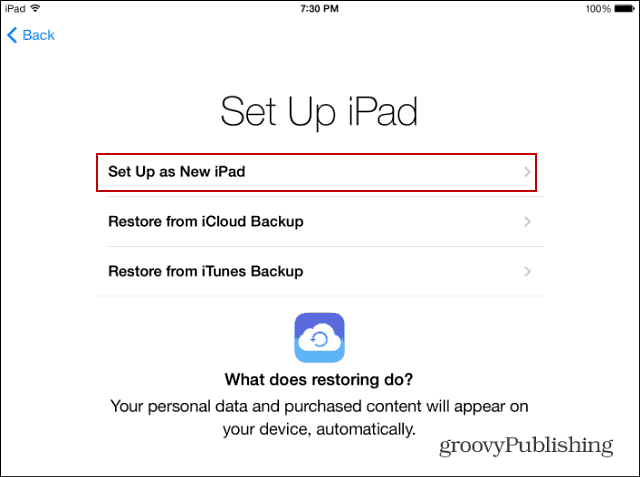 And if you are selling your device, check out how to erase all content on your iPhone or iPad and set it to factory defaults.