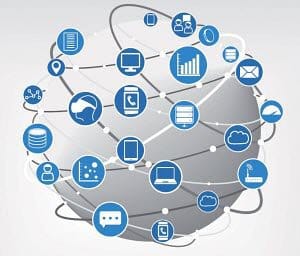 The Internet of Things (IoT) is everywhere today. If you’re just getting started, here’s the right approach and how to take IoT to the next level.

The Internet of Things (IoT) is everywhere today. We’ve previously explained why the concept is important. You can spend a ton of money on these products and not have much to show for them. At worst, turning on the lights needs a user manual. Here’s the right approach and how to take IoT and your Smart Home to the next level.

What Are Your Goals?

When you buy a consumer electronic device, the best question is what this tool will accomplish. Don’t get me wrong. Let’s be honest, buying stuff because it’s cool, shiny, and new is fun. That’s why I bought my Apple Watch (and later loved it). Starting with your goals, though, prevents you from wasting money. Your goal might be to tinker and not solve a problem. You’re fine if you’ve stated that goal at the beginning.

Most of using IoT is finding the balance between complexity and efficiency (or laziness). For example, I could use a programmable thermostat. My Nest programs itself and takes into consideration when I’m home, the temperature outside, and the seasons. My lights turn off at specific times. I could use an old-fashioned timer or just turn off the lights.

I think you need to start small. Watch your patterns over a few weeks and identify repetitive behaviors. I always left my lamp on in my office at night. I wouldn’t realize it until I was in bed. I didn’t want to get out of the warm, cozy bed to turn off the light. Fortunately, my phone is by my bedside, so I can turn the light off remotely.

Another approach is to find things you worry about. I worry that I left my space heater on, so the first IoT device lets me remotely turn that off. That was the hook that got me on the IoT bandwagon. Then I worried about my dog barking too much while I was gone, so I set up a camera to watch her.

The fun approach is to look at those things that turn into family arguments. If you have to turn the car around because someone is afraid something was left on, that’s an excellent candidate for IoT. Instead of yelling at the kids to turn off the light, let them turn it off remotely.

The beauty of most IoT devices is that they aren’t hard to install. If you don’t like it, go ahead and put it somewhere else or just return the device. If you start with a whole ecosystem, that’s much harder to install and learn. After investing all that time and money, you’re more likely to keep a system that doesn’t meet your needs.

I always ask, “What advantage do I get by making this device connected to the Internet?”

My first device was a Belkin WeMo switch. It’s one of the cheapest ones out there at around $40.00. If you plug something into an outlet, it will probably work with the WeMo switch.

If you never go further with IoT, WeMo does enough. The switch will automatically turn off (or on) that table lamp of your choosing on an easy schedule. You’ll also be able to control that light anytime you want from your smartphone or tablet. Those old-fashioned analog light timers are around $15.00, so this isn’t a significant jump from there in price.

Next Step – More Devices or a Complete System?

After that first device, you can continue buying more of the same. Each device can work independently or form a network among them. The WeMo devices all use a central app. You might decide to buy a camera system like a Canary or iZon. These devices don’t work together. They’re easy to configure because they do only one thing.

Your other option is to buy a complete ecosystem. All the devices you buy in an ecosystem are guaranteed to work together. The killer feature of these systems is expandability. One central app or controller takes care of everything. You don’t have to worry about compatibility because they take care of it for you. They can get complex pretty quickly. Complete systems many times come with monthly monitoring fees. Sometimes you can lease the equipment from your ISP or insurance company.

Your home system shouldn’t be this complex!

I think those fee-based systems are best when you’re installing IoT for someone else. For example, an elderly parent might need some help with things. You can’t be there to program it or support it, but getting out of bed to turn off a light or see who is at the door is difficult for that person. For the rest of us, I think you’re better off buying one device at a time and growing your system slowly.

Deciding where to place that next device is both fun and frustrating. First, think about the size of your house. Devices like cameras work best in locations you want to keep an eye on but aren’t easy to see all the time. Your kitchen may not be the best place if you’re always there. The basement or even the mailbox might be an awesome location.

Then consider the occupancy of the house. The less you’re there, the more you want to monitor and remote control. A good friend has most of his vacation home automated. Since he isn’t there, he wants to make sure everything is okay. If he leaves a light on, he doesn’t want to drive five hours to turn it back off. If he hears about a storm, he wants to make sure the house is fine.

How do I turn off my smart lights if my phone’s battery is dead?

Finally, examine the abilities of the occupants of the house. This consideration includes both physical and mental capabilities. If Mom has trouble adjusting the thermostat, setting up voice commands might be easier for her. If Dad would have trouble learning to use voice rather than turning a dial, that might not be the best choice. My Mom rebelled against any automation in the house for fear, partially, of a robot uprising. She’s not that far off, as I’ll cover in my next article.

Whichever approach you take, you can always change it later. As systems talk to each other more, the concept of a device versus a complete ecosystem will be a distant memory.

Spending too much is the number one problem I see when people jump into IoT. They’ll buy an entire ecosystem and spend weeks installing and programming it (or pay someone to do it). Then, while they may have solved one or two problems, they introduced a half-dozen more. I was like that with my programmable remote control. It was too complex, and ultimately it was easier having three remotes by the TV.

When deciding which devices to buy, new users often stress out over brands and protocols. They don’t want to get “stuck” with outdated technology. Nobody intends to own a BetaMax or HD-DVD. The protocols and brands won’t assist you in avoiding that. There is always a risk of getting stuck, no matter what. The company you buy from may get bought out or go out of business. What is popular today may not be popular tomorrow. Everyone had Blackberries, and then the iPhone came out. Interoperability might be there, but long-term support won’t. That’s one reason to start small. You’ll mitigate your risks. 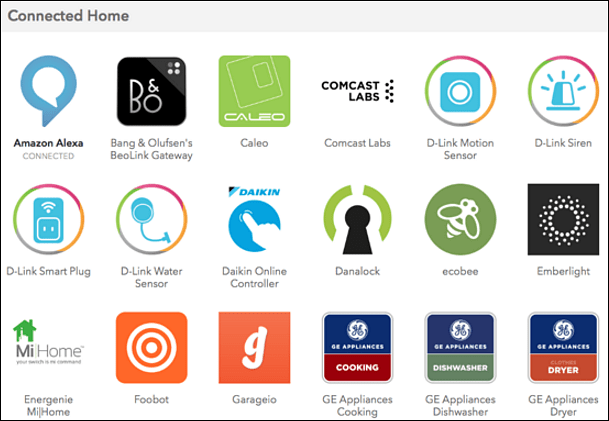 The better feature to look for in your first devices is IFTTT integration. IFTTT lets you extend and program your device way beyond the primary uses. That allows you to create complex actions (more on that later). As long as it has IFTTT integration, it’s likely to be compatible with almost everything. Even without IFTTT integration, you still aren’t entirely stuck. At worst, you’re left with programmable digital devices that are more expensive than analog. We purchased some light bulbs that were abandoned by the manufacturer. We have to use a particular app for them, but it isn’t the end of the world. Eventually, we replaced them with bulbs that work with more devices.

Taking it To The Next Level

Once you get the IoT bug, you’ll get anxious to have everything you own integrated with the Internet. When you do it slowly and methodically, you’ll have lots of fun with it. After you have a few devices, that’s when you start thinking of ways to centralize operations. Instead of three different apps to control devices, you want one app. That’s where hubs like Wink or Amazon Echo come in. They let you control devices from various manufacturers through one interface. They’re also not mutually exclusive. I can use the Wink app or Amazon Echo to control devices in the house. Echo is easier when I’m in the bedroom and Wink when I’m on my phone.

When you’re renovating a space or even building a home, that’s the time to think about putting in smart switches and outlets. That WeMo is nice, but it isn’t pretty sticking out of the wall. I suggest the same approach when you have to replace an unconnected device in your home or office. For example, I didn’t get a Nest until my thermostat died.

The magic comes in when you start programming involved actions among devices. This is where IFTTT comes in to bridge all this stuff. It sounds like George Jetson (does anyone remember him?) to have the lights and TV turn on when you unlock the front door. The camera is triggered when a water sensor goes off in our basement and lets us know. That combination is the difference between worrying about a real flood in your home or a spilled drink. When cameras detect motion, they can email you. Parents love knowing when the kids come home from school, and occasionally adults like to know if their partner was out late drinking! Looking for ideas? Read the IFTTT recipes page and see what others have done. That’s where I get most of my ideas.

The Risks of IoT

With all of this power comes great responsibility. I’ll cover that in the next article, but I’ll mention that you mess stuff up by doing this improperly. My electricity bill skyrocketed one month because I used my Automatic car device along with an IFTTT script to talk to my Nest. It warmed the house when I was close to home. I didn’t turn this off when the weather started getting warm. I was forcing my air conditioner off instead of on. That took me a month to figure out. Passwords, firmware updates, and of course, privacy are significant concerns. You’ll be able to mitigate but never remove these problems.