Microsoft recently released Windows Essentials 2012 for Windows 7 and it includes support for Windows 8. The software suite has been renamed and some new features have been added to Movie Maker and Photo Gallery.

We’re no longer offering the Windows Essentials 2012 suite for download, but if you already have it installed, it will continue to work as it does today. It reached end of support on January 10, 2017, and it isn’t available in Windows 10.

Microsoft recently released Windows Essentials 2012 for Windows 7 and it includes support for Windows 8. The software suite has been renamed and some new features have been added to Movie Maker and Photo Gallery. Here’s a look at installing the package on Windows 8 and what’s offered.

You don’t have to install everything, even though it’s recommended. To select only what you want, click Choose the Programs you Want to Install. 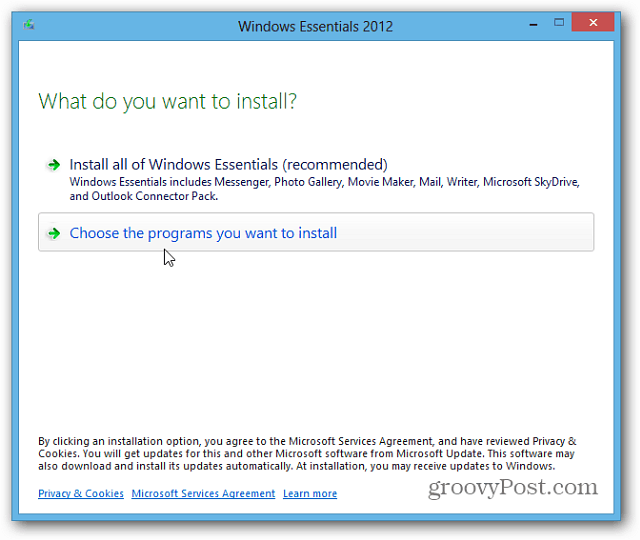 Because I want to test and show each of the apps on Windows 8, I’m installing everything. It installs in the desktop view. 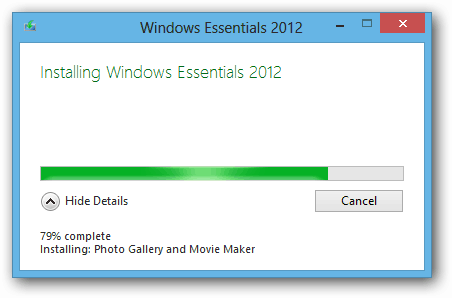 After it’s done, you’re prompted to agree to the Microsoft Services Agreement. 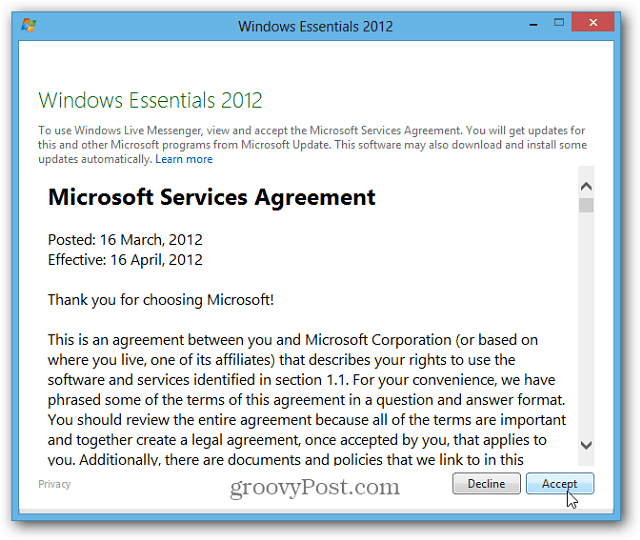 Then you’ll find the Windows Essentials programs on the Windows 8 Start screen, but they all run in desktop view. Here I created a group for them. 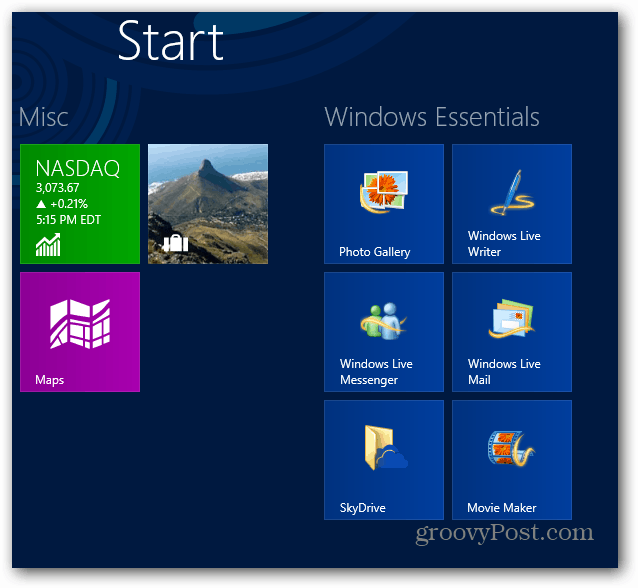 Here’s a quick look at each of the apps included in Windows Essentials 2012. We’ll be covering them in more detail in future articles, but this will give you an idea of what to expect.

This is an app to organize and manage photos on your computer. It also lets you create panoramas, photo collages, and supports popular online photo sharing services – including a new partnership with Vimeo. 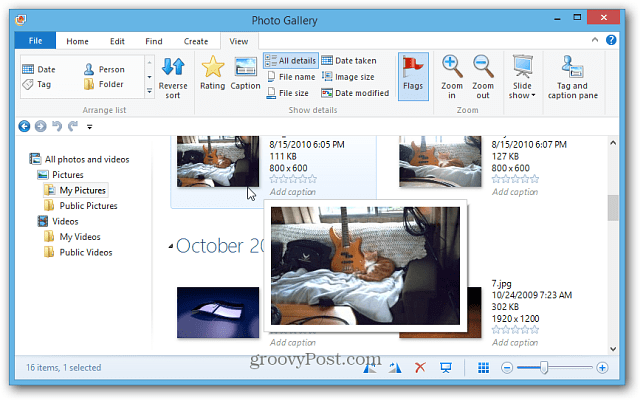 The familiar Windows IM client works as it always has. It lets you connect to your IM contacts as well as Facebook, LinkedIn and support for audio and video chat. 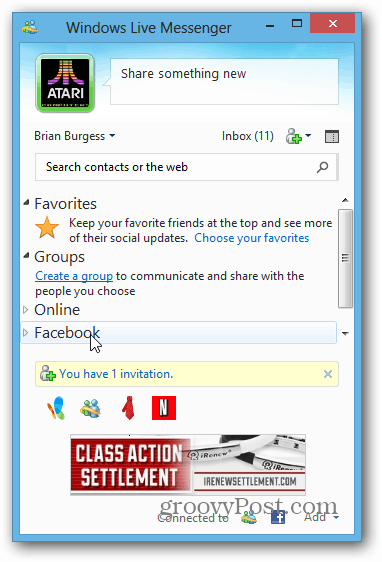 If you’re a blogger or thinking of starting, one of the best publishing apps to use is Windows Writer (formerly Windows Live Writer). It works with all of the most popular blogging services like WordPress, Blogger, TypePad, and more. It’s dead simple to use and lets you upload your posts with pictures and video. It’s our software of choice for publishing articles here at groovyPost. 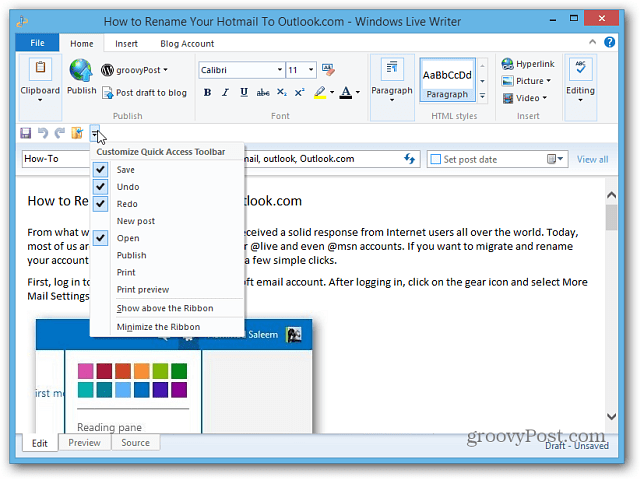 It’s still called “Live Mail” probably so it’s not confused with Windows 8 Mail included in the OS by default. If you want a more robust client for managing your mail – without dealing with Outlook, Windows Live Mail is a solid choice. It will manage your Contacts, Calendar, RSS feeds and of course your messages. If you do have Outlook installed on your system it also includes the Outlook Connector Pack to manage your Hotmail account. 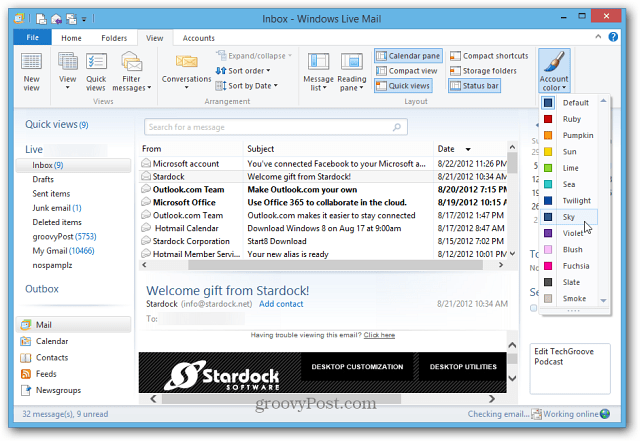 This was introduced in the first version of Live Essentials as a replacement to Windows Movie Maker in XP. It’s received some enhancements like Video stabilization, new effects and easily adding background music to your videos. While it’s weak compared to professional tools like Adobe Premiere or Final Cut Pro on Mac, it’s a perfect free tool for creating your own personal short videos to share online. 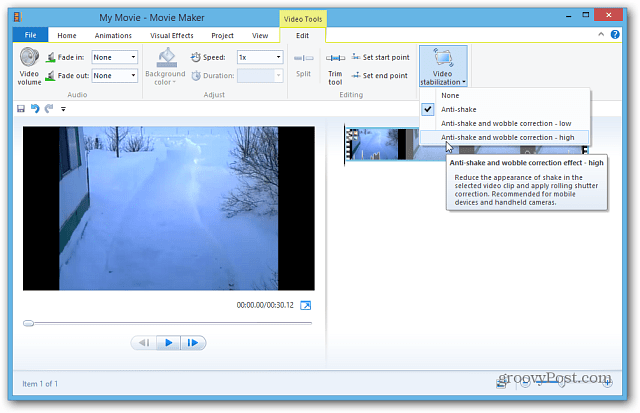 Now you can add music from AudioMicro, Vimeo Music Store, and the Free Music Archive. Now you can upload videos directly to Vimeo from Photo Gallery or Movie Maker. 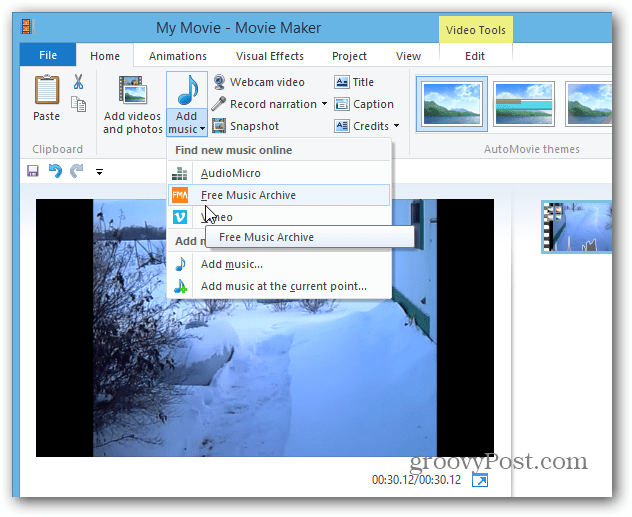 While SkyDrive is included as a default app in Windows 8, this makes the storage service easy to use from the desktop. It integrates with Windows Explorer and if you’re new to the service, you get 7GB of free space. 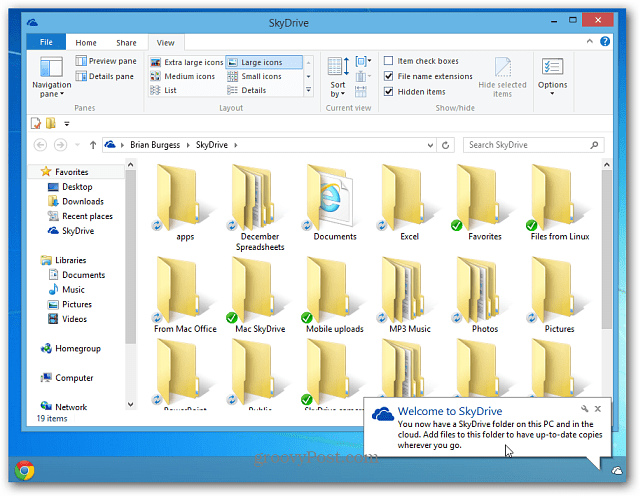