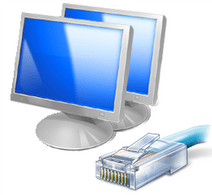 The Microsoft Loopback Adapter test can be handy for testing network configurations. Here’s how to install it in Windows 8 and Windows Server 2012.

The short answer is that Microsoft has renamed it from “Microsoft Loopback Adapter” to “Microsoft KM-TEST Loopback Adapter.” So, if that’s the only hang up you’ve had, then go forth and install it the way you know how. If you still aren’t sure, here are the step-by-step instructions. 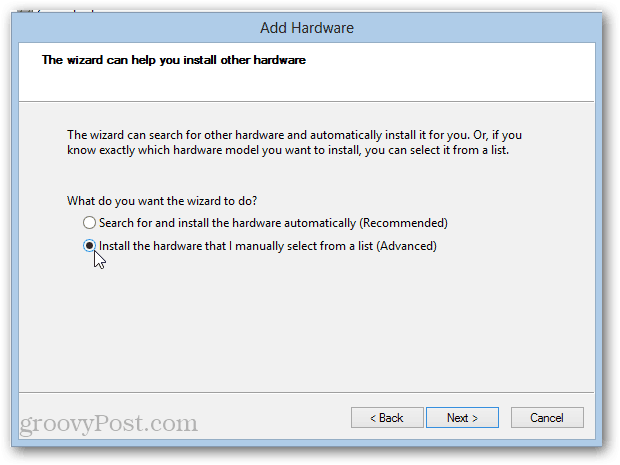 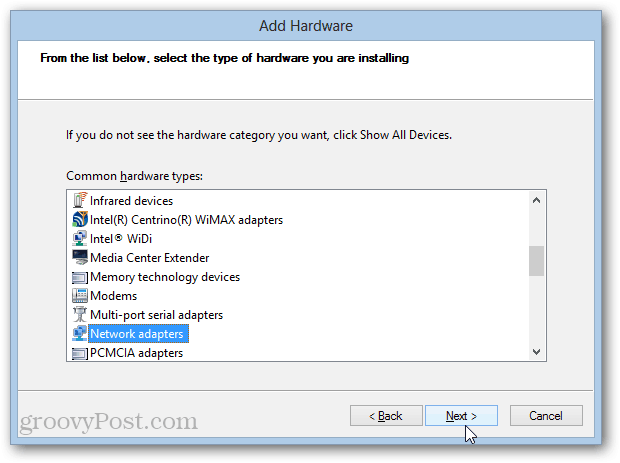 From the left-hand pane, choose Microsoft as the manufacturer. Now, select Microsoft KM-TEST Loopback Adapter. Click Next until finished. 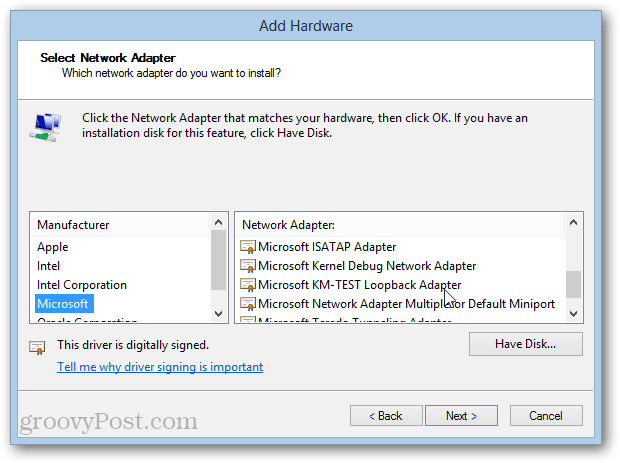 And there you have it. For tips on using the Microsoft KM-TEST Loopback Adapter for network diagnostics and other tests…stay tuned!

What do you use the Microsoft Loopback Adapter in Windows 8 for? Let us know in the comments.