Windows has puts its taskbar along the bottom of the screen. But I keep mine on the right-hand side. Here’s how to move it how you want. 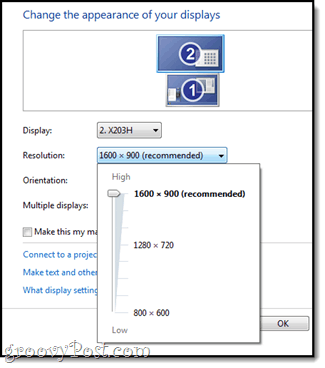 Do you remember when standard monitors had aspect ratios of 4:3? Pepperidge Farm remembers. But anyone born in the new millennium might not. Today’s monitors are 16:9 widescreen, even on dinky netbooks like my EEEPC. What that means is that you have more screen real estate fat-wise than you do tall-wise. Especially when you consider that we scroll up and down web pages, not left and right. So, sticking the taskbar on the left or right is a more efficient use of space, since you won’t be squishing things vertically. 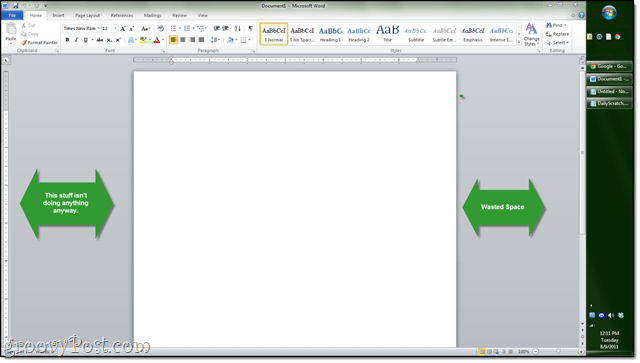 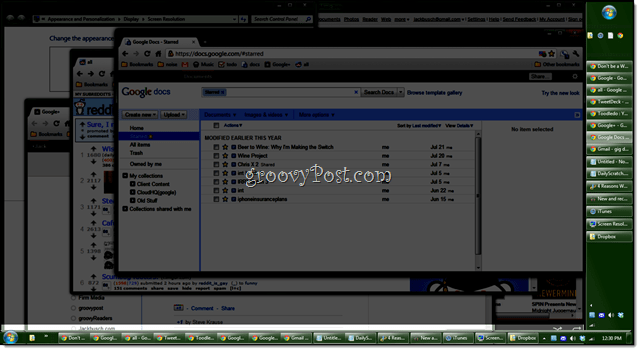 Trust me, you will. I’ve been a right-hand side taskbar guy since 2006 when I saw a co-worker doing it on his computer and I’ve never gone back. Other than the above reasons, I can’t really explain why it works out so much better for me. But it does. Try it for a week and see if you agree.