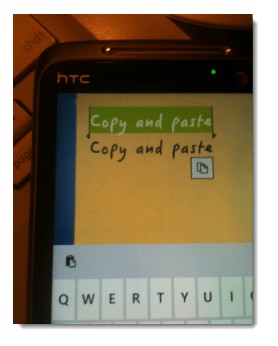 Microsoft has been teasing us lately by publishing all the groovy goodness that’s pending in the next Windows Phone 7 update. Namely, copy and paste and faster app and game loading. Problem is, they’ve kind of backpedaled lately because some users experienced some issues with the pre-NoDo update.  That’s good, I guess. It’d be unconscionable to knowingly unleash a buggy release on the unsuspecting public. But what about the rest of us? The suspecting public, who’d rather try out the latest and greatest that Windows Phone 7 has to offer, and to hell with the consequences?

Well, for those who hear warnings like “will void your warranty” and “may irrevocably brick your phone” and say “Fie!”, there’s a solution. Coding wizard Chris Walsh went ahead and made it possible for the recklessly eager to get that sweet, sweet WP7 update without waiting. Here’s how:

Disclaimer: If you rely on your phone even a little eensy bit, do not follow these steps. I’m going to estimate that the chances that you’ll completely ruin your phone is 1 out of 10. That’s a rough estimate. You may not even be able to restore function to your phone via a factory reset. Beware.

Download and install the Windows Phone Support Tools. This is the official fix from Microsoft to address the issues that you may have encountered error code 800705B4 or error code 80180080 with the NoDo update, back in March. 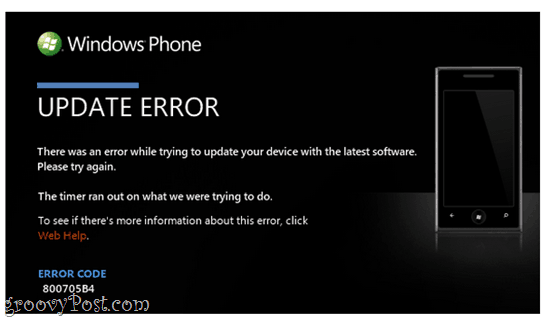 There is an x86 (32-bit Windows) and a 64-bit Windows version.  It’s super mega important that you do this first. Otherwise, this won’t work. 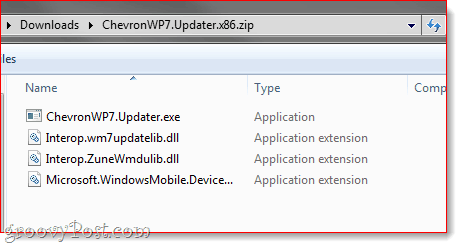 Plug your Windows Phone 7 into your computer via USB. 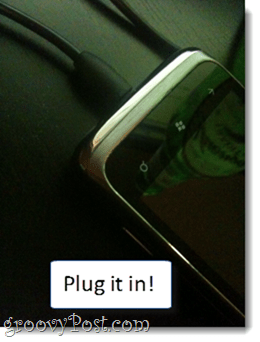 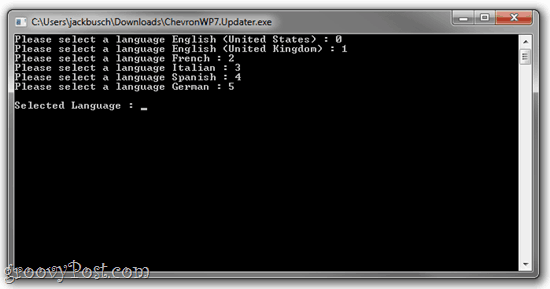 It’ll run in a command prompt window. That’s how you know you’re dealing with serious stuff. This is it. Don’t get scared now.

Choose your language. If you don’t see your language, stop right now. Quit out of ChevronWP7.updater.exe and go find something else to do. This isn’t going to work for you.

After selecting your language, the ChevronWP7.Updater will get to work. It’ll give you some helpful feedback regarding the success or failure of the operation. If you haven’t received the official Windows Phone 7 update that was released in March, the Chevron updater will first do the pre-Nodo update.  It will indicate this by saying “pre-Nodo” before it gets going. 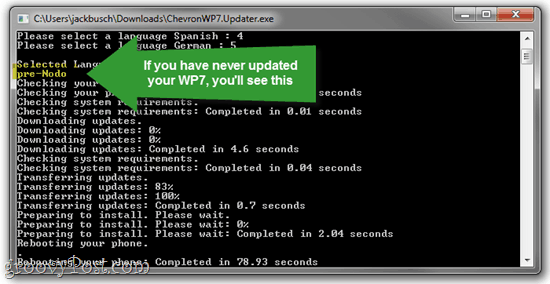 After the first wave of checks, it’ll reboot your phone. When your phone comes back, Windows will have to install some drivers. You’ll see this: 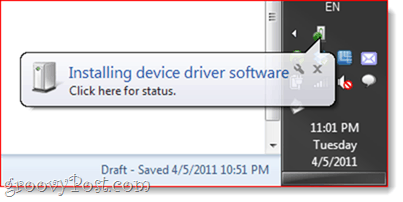 And if all goes well, this: 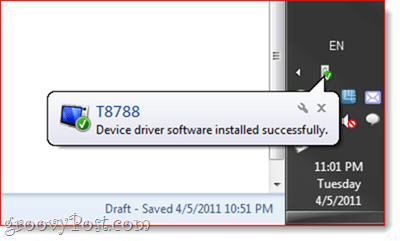 Note that I have an HTC Surround. If you have a different phone, you may see something other than T8788.

Your phone will reboot again after further updates are installed. When all is said and done, your phone will be connected and Zune will launch again. 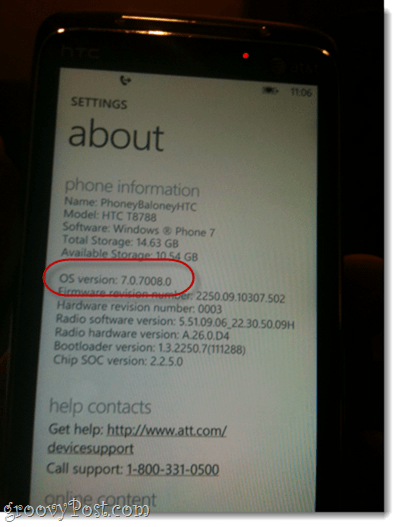 If it seems like nothing has changed about your phone, then you’re probably right. This means that you’ve just done the first pre-Nodo update. To check to see where you’re at, go into Settings on your Windows Phone 7 and choose About. Then, Touch More Info. Look where it says OS Version. It should be 7.0.7008.0 if you’ve successfully installed the pre-update (the one that has been officially released to select users).

If you are at the OS Version 7.0.7008.0, then you need to run the updater again. Plug your phone in via USB, and then run Chevron.WP7.Updater.exe. 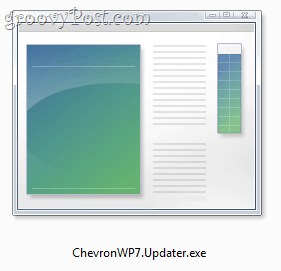 Enter your language again. This time, it’ll say, “Updating you to NoDo.” 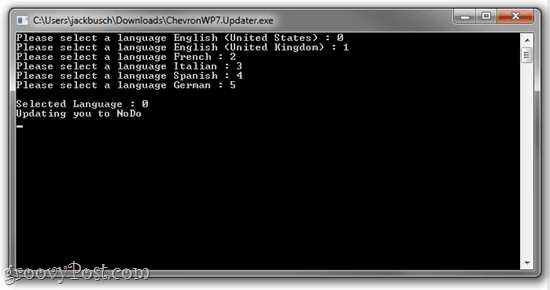 Kick back and wait for it to download and install about three dozen updates. Your phone will reboot.

Keep waiting as the updater installs more software. A screen will pop up on your phone, warning you not to unplug it. Heed the crap out of it. 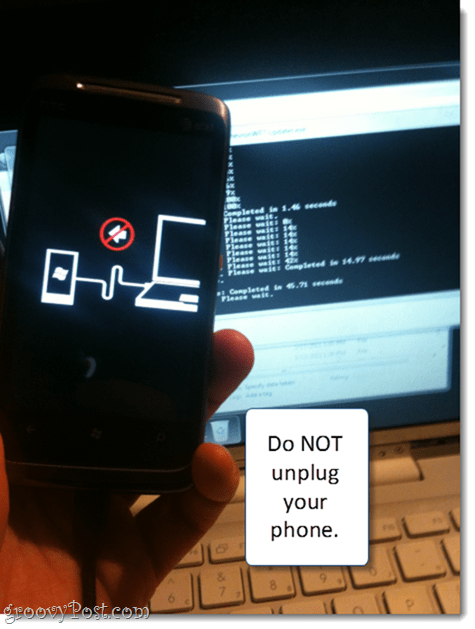 This part could take awhile.  It took mine 8 minutes to install the last update. When it’s done, it’ll  reboot.

When it’s all done, your About screen will read: 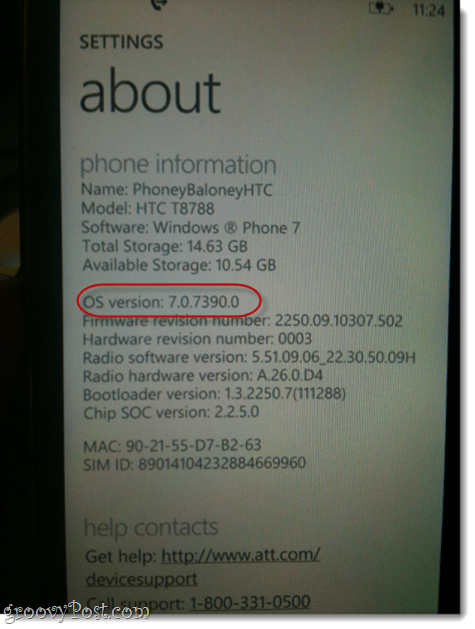 The most noticeable and enjoyable improvement you’ll notice is Copy and Paste. This works exactly like it does on the iPhone. 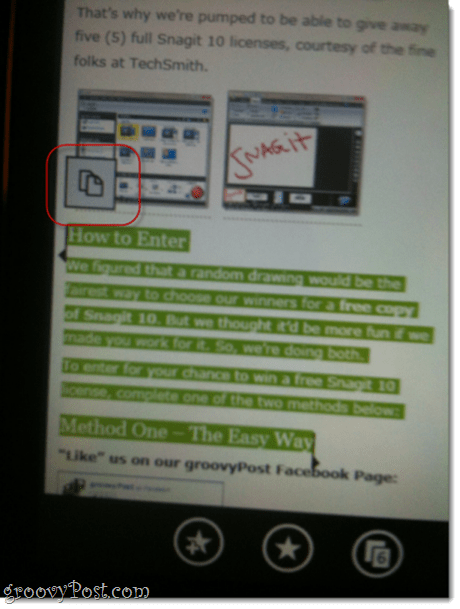 Touch some text to select it. Then, you can drag the beginning and end of your selection to choose more text. When you’re satisfied with your selection, Touch the Copy button. 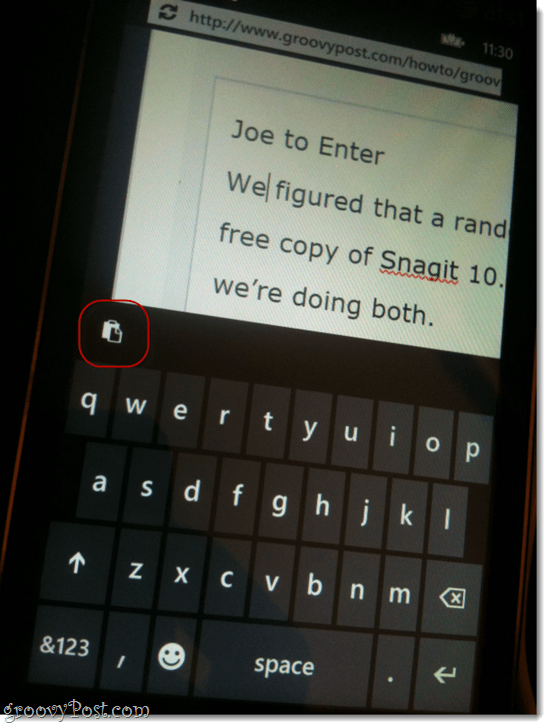 Now, when you open your keyboard to input text, you’ll have a Paste button in the top-left corner of your keyboard. Unfortunately, you can only paste text once. Weird.

This Windows Phone 7 update has been reported to work for:

Some users reported errors that were fixed after reinstalling Zune to the default location. And some had errors that were inexplicable and unfixable, even with the abovementioned phone. Proceed at your own risk!