After more than a year under development, one of my favorite applications Paint.NET has received a major upgrade.  The very popular and FREE image editing application Paint.NET Version 3.5 has been released and made available for public download.  Version 3.5 of Paint.NET is a significant upgrade and includes major bug and stability updates as well as significant UI enhancements including enhanced Windows 7 and Windows Vista Aero Glass support.  VERY GROOVY INDEED!

For those of you not familiar with Paint.NET, think of it as a FREE, quick and simple image editing application (Windows Only) whose features range between good ole’ MSPaint and Adobe Photoshop’s (probably 3/4 of the way towards Photoshop). The great thing however about Paint.NET is that it’s very lightweight compared to the more sluggish GIMP or Photoshop applications not to mention it’s FREE.

The new update coincides nicely with Microsoft’s release of Windows 7, and yes, as I mentioned earlier it’s tuned for the Windows 7 Aero Glass look and feel. 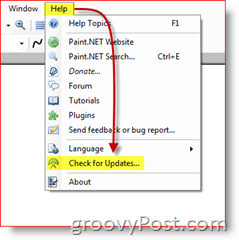 To grab the latest update, existing Paint.NET users can just use the built-in Update feature shown on the right <Click Help, Check for Updates>.  For new users, just download, unzip and install.  The process is very straightforward and shouldn’t take more than a couple of minutes.  Best of all, no crapware or spyware to worry about with Paint.NET! Once installed, I’m sure you will agree that for a FREE application, Paint.NET delivers.  It’s clean interface and ease of use makes it a MUST install on all new systems I build. 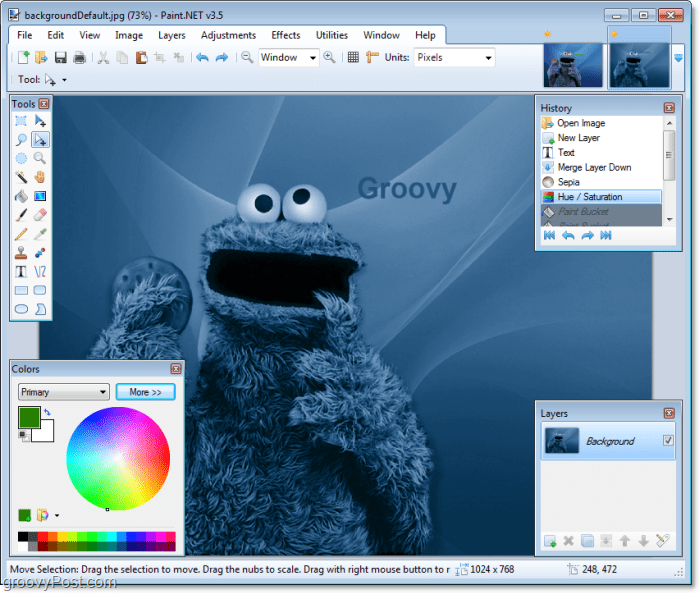 Enough talk, go try it out for yourself.  It’s free after all!  FYI, for those Paint.NET die-hard users, here’s the full changelog for Paint.NET 3.5 Vs. 3.36