Update: Microsoft no longer supports this software and it’s no longer available to download from Microsoft.

The latest release includes significant upgrades which should be able to meet all your PC “sync” needs.  I downloaded the tool and had it up and running and syncing a few of my folders in just a few minutes.  It looks like I’ll be needing to re-think my whole Robocopy system backup workflow.

In taking a look at the tool, things are very straightforward.  After install, you will be presented with the option to Create a new Folder Pair. 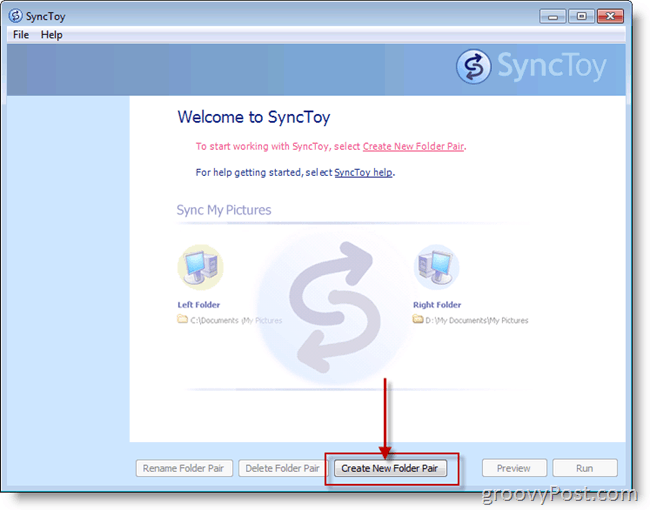 Although an SYNC can operate in both directions, all one-way syncs will be done LEFT to RIGHT.  Keep this in mind as you create your Folder Pairs. 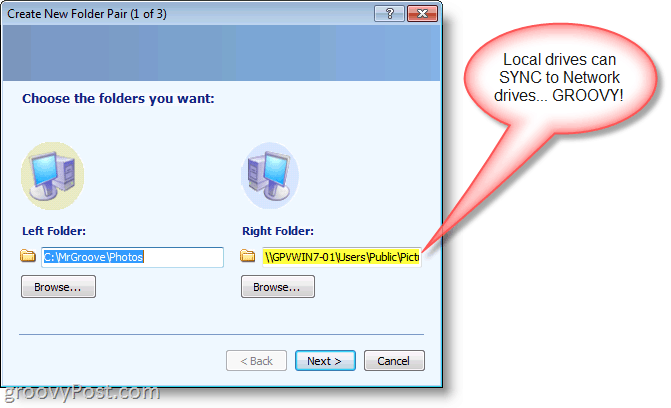 Once you create your Pair, you will need to decide what type of sync you want to create. 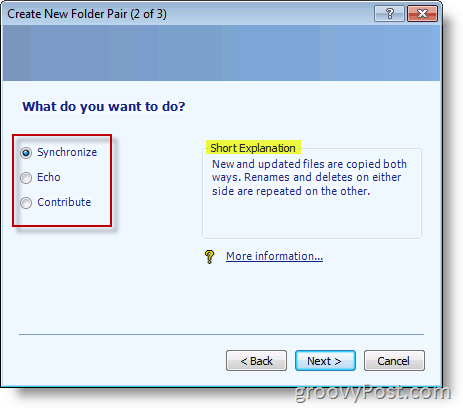 When selected, each of the options Synchronize, Echo, and Contribute will give you a short explanation as shown above, but the Synchronize is a FULL sync between both folders.  Echo will sync all changes from the Left folder to the Right folder (including renames, new files, and deletes) and Contribute is the same as Echo. However, deletes on the Left will not sync to the right.

After you choose a sync type and name your new folder pair, the main menu will return where you can run the sync for the first time or modify additional settings to customize the sync. 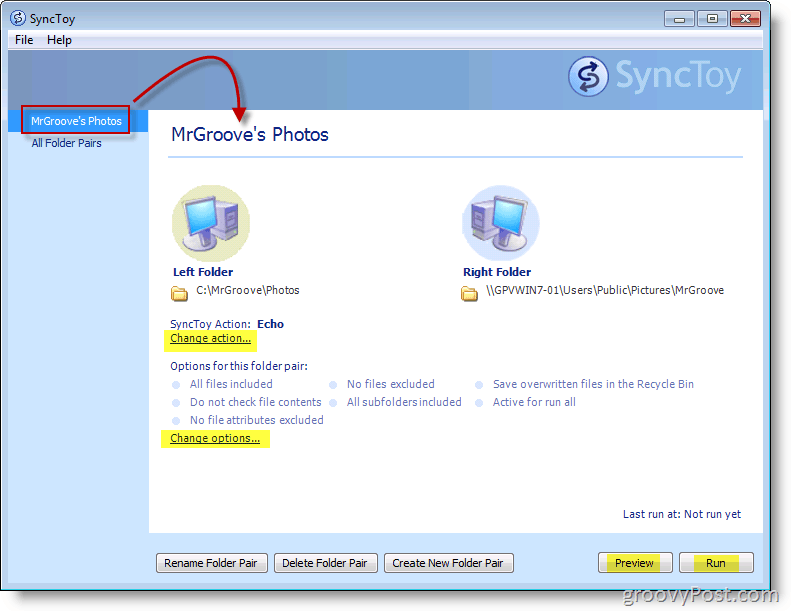 Like I said earlier, the new SyncToy interface is simple to use and very intuitive.  I highly recommend this tool to our groovyReaders since it offers several different options for syncing data – both locally and to network shares! Too bad Microsoft didn’t bundle this with their latest OS Windows 7…

For existing SyncToy users, here’s the list of Bug Fixes and Improvements included with SyncToy 2.1

SyncToy2.1 is powered by the latest synchronization engine from Microsoft Sync Framework 2.0 and provides better performance and robustness. The new features and improvements included in SyncToy 2.1 release are:

The major new features and improvements included in previous SyncToy 2.0 release are: