A lot of people are ditching WhatsApp over Facebook privacy concerns and a great alternative is moving to Signal. Here’s how to do it.

WhatsApp’s change of privacy policy has made many users look at other secure messaging options, like Signal. But what is changing? And why is Signal a good alternative in terms of encrypted chat apps? Also, how do you switch to it? Read on to find out.

Encrypted communication and privacy are both essential in modern communication. WhatsApp does offer end-to-end encryption of your personal messages and calls. This means that the service can’t see your message or hear your calls. It also doesn’t keep logs of who you’re calling and can’t see your shared location, either. WhatsApp Groups are private, too, and you can even set your messages to disappear. And you can set up Two-Step Verification on WhatsApp as well.

However, Facebook owns WhatsApp. The new changes in the WhatsApp privacy policy come from the social network. Once the changes go into effect, Facebook will gather data from WhatsApp. This is in order to enable business-focused features, which are detailed here. Users that won’t accept the new policy won’t be unable to continue using the service.

Sharing data this way will allow companies to communicate with users via WhatsApp for customer service-related purposes. Why this can’t be done via Facebook Messenger is not specified.

Users will be able to “discover a business” through ads.  Shops can also be created on WhatsApp, the same as they are on Facebook.

This all sounds like Facebook tries to make money out of WhatsApp, right? Which is what you would expect it to do. It’s not a charity, after all. However, it also raises questions.

In order for this process to function, Facebook and WhatsApp need to share data; data that would, presumably, be traceable back to the user.

Even if messages and calls themselves will be encrypted, can the user still feel that their communication is safe?

It’s hard to tell whether Facebook and WhatsApp have been expecting the public response to the new privacy policy. Nevertheless, one thing is certain. The majority of reactions have not been positive, with privacy-related concerns raised on a global scale.

Even countries have asked WhatsApp and Facebook for the changes to be withdrawn. India is WhatsApp’s most important stronghold, with a user base of over 400 million, according to Reuters. The Indian Ministry of Information and Technology has written a letter to WhatsApp CEO Will Cathcart, asking directly for a rethink of the situation.

A company spokesperson has said that WhatsApp is “working to address misinformation and remain available to answer any questions.” A little while later, WhatsApp has announced that the changes had been delayed to May 15. The initial date was February 8.

Users haven’t been kinder to the company. According to analytics firm App Annie, quoted by The Guardian, WhatsApp had dropped in the first three weeks of January from the eighth most downloaded app in the UK to the 23rd. It also mentions that privacy-focused messaging apps Telegram and Signal had gained 7.5 million and, respectively 25 million users over the same period.

This brings us to Signal. Signal was, until recently, a messaging app used by people focused on privacy. The company owning it is not a for-profit one and the app has no ads and no tracking of any kind. It is completely free and has all of the features that other messaging apps have. These include group chats, audio or video calls, and, most importantly, heavy end-to-end encryption. More details about the way Signal works can be found in this article.

It is recommended by the likes of whistleblower and privacy advocate Edward Snowden. And billionaire tech entrepreneur Elon Musk endorsed Signal.

With that said, setting up Signal is extremely easy. We have covered the whole process here.

Moving from WhatsApp to Signal

Once you’ve made up your mind that Signal is the app for you, follow the process mentioned above to install it.

The next thing will be to invite the contacts you want to take with you. If you’ve initially provided Signal with access to your smartphone contacts, your friends that are already on the service will be shown automatically. However, if you want others to join you, just tap Invite friends. In Android it will be under the “three-dots” menu button; in iOS it will be under the New Message button.

Note: screenshots are taken on an Android smartphone, but Signal on iOS is almost identical, so the steps will be the same as well.

The app will create a link that you can then easily share with your friends. Once they click it, they can install Signal and join you. You can also use this as an opportunity to trim down a bloated WhatsApp contact list.

If you are planning on leaving WhatsApp altogether, just make sure you let your friends know on what date you plan on doing so. 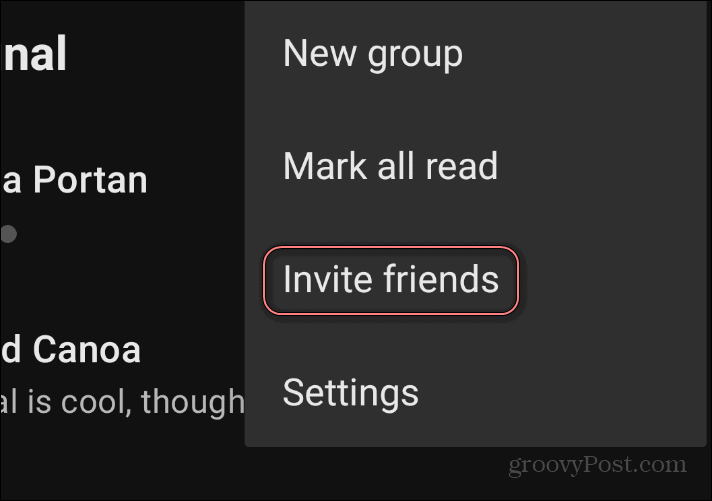 A lot of people use WhatsApp for group chats. If, like me, you are one of them, groups will need moving as well. Luckily, this is quite a simple process. 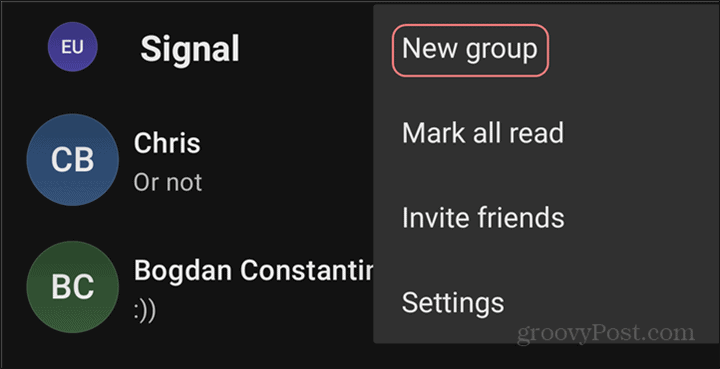 Next, you can add friends already on Signal to your group and give it the desired name. You can also set a group profile picture. Once done, tap Create. 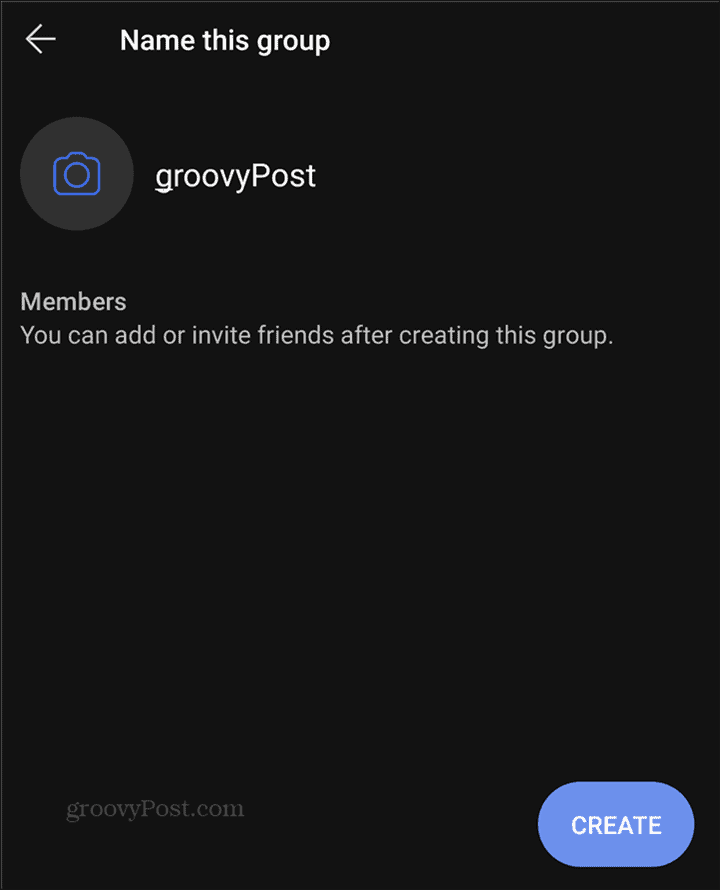 Next, you’ll just decide if members can join or need to be approved. After that, you can Enable and Share Link. That will give you the option to share the group link to Signal contacts, via a QR code, or to just Copy the link for sharing elsewhere.

You can also Share using the regular Android channels. Use this to select WhatsApp and send it to the relevant contacts. Once they click it, they will be taken to Signal (if they have it) or asked to download it (if they don’t). 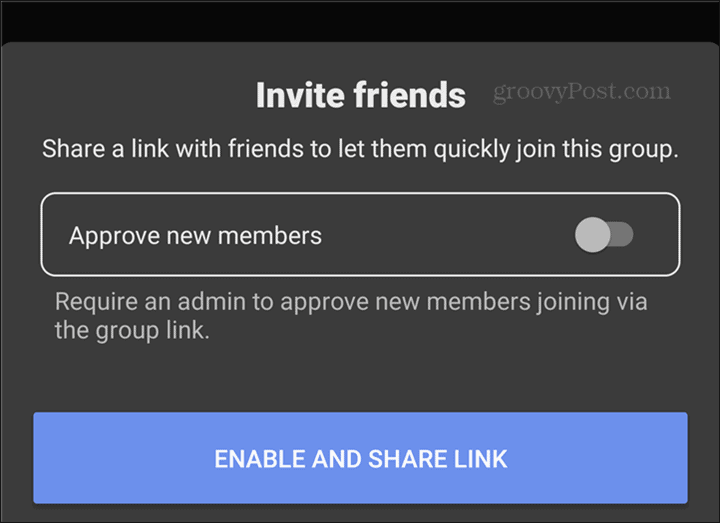 You might also want to check out the Group options. Some interesting options are available there for you. 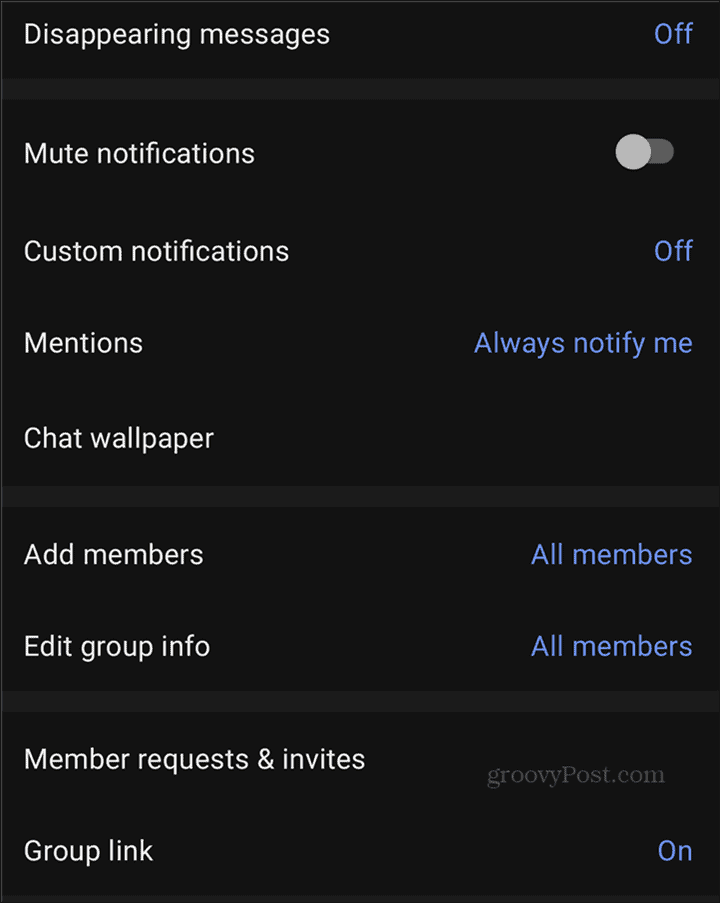 Is Switching from WhatsApp to Signal Necessary?

You’re the only person that has the answer to this question, based on the above. What’s certain, is that Signal is easy to use and switch to, as well as secure.