Apple’s two smart speakers, the HomePod and HomePod mini are mostly similar in what they can do. And yet, there are key differences.

One of the biggest new electronics to arrive in 2020 was also one of the smallest. Apple’s HomePod mini arrived nearly two years after the original HomePod. Despite important hardware differences, the two smart speakers are very similar in what they can do. In this FAQ, you’ll learn more about the HomePod and HomePod mini in 2021.

An HomePod and HomePod mini Overview

Here’s a brief look at both speakers from a hardware basis. 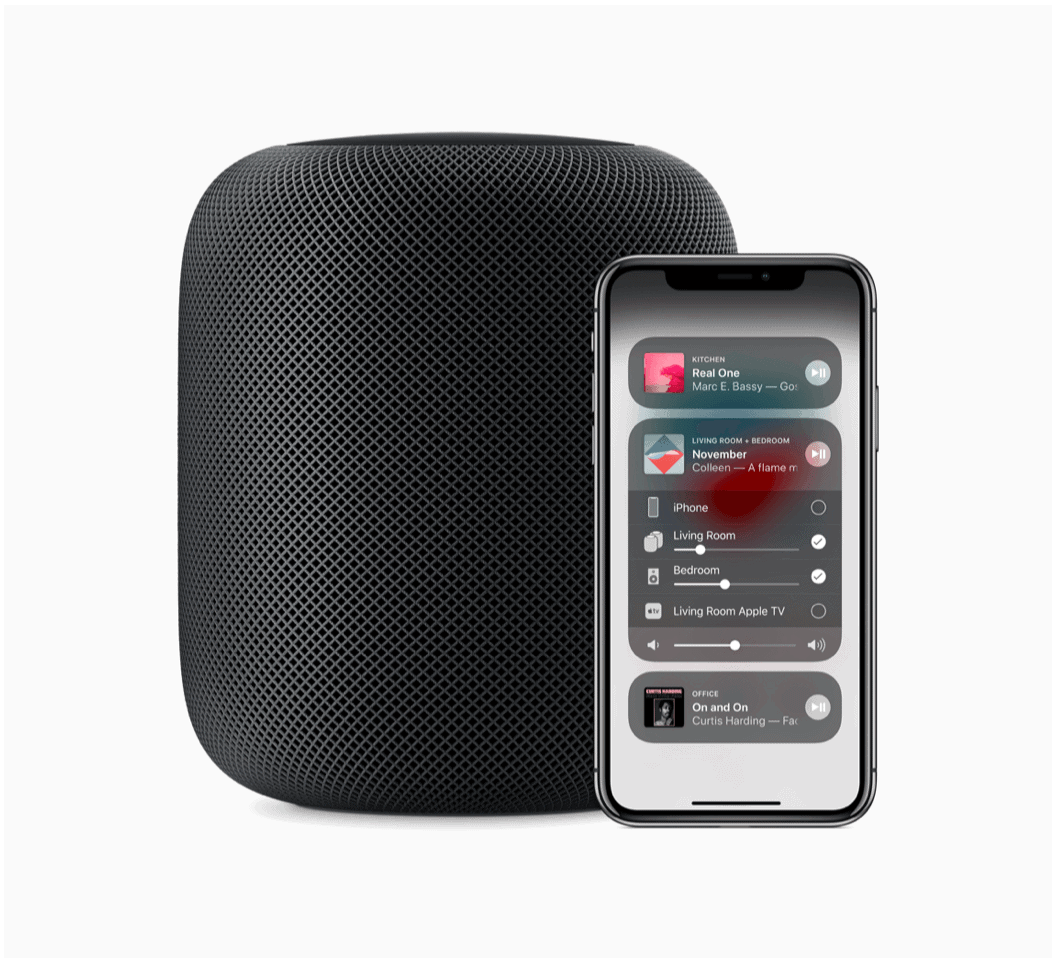 The HomePod was introduced in June 2017 at Apple’s annual Worldwide Developers Conference (WWDC) and released nearly six months later in early 2018. Available in black and white, the rounded HomePod weighs 5.5 pounds and measures 6.8-by-5.6-inches. Inside is a system-on-a-chip A8 processor,  seven tweeters and one woofer, and six microphones used for voice control and acoustic optimization.

Controlling the HomePod is performed using your voice with Siri and through the Home app on iPhone. The 272 x 340 LED matrix offers limited in-device controls, including, but not limited to: activating Siri, adjusting the volume during playback, pause/resume playback, go to the next track, and go to the previous track.

HomePod is $299, although it often goes on sale at retailers such as Best Buy. 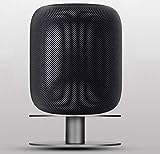 Amazon.com Price updated on 2022-05-23 - We may earn a commission for purchases using our links: more info 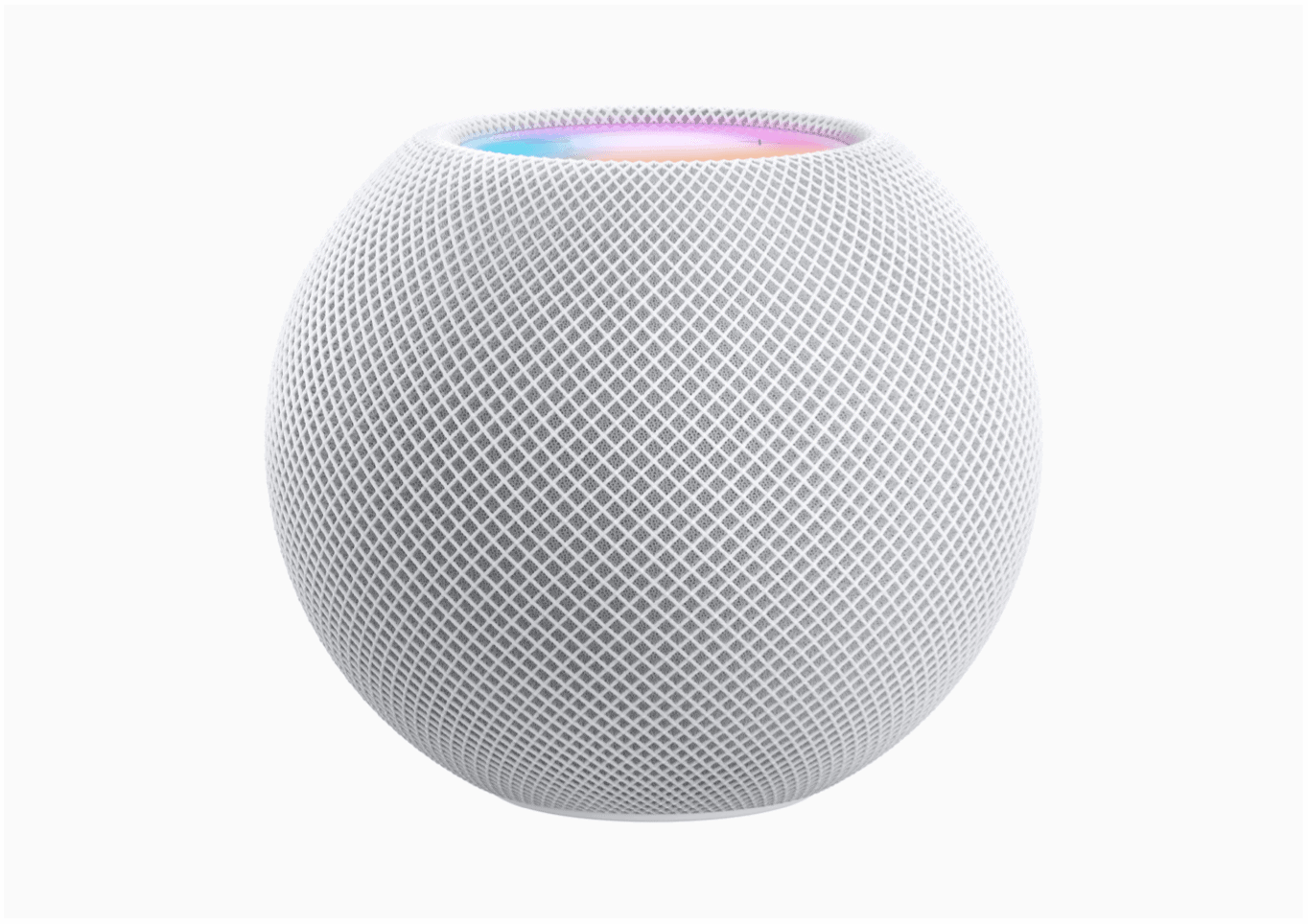 As its name suggests, Apple’s smaller smart speaker is smaller and less expensive than the original. Unveiled in October 2020, the HomePod mini is available in black and white and includes a full-range driver and dual passive radiators. Four microphones listen for Siri commands. Measuring 3.9-by-3.3-inches, the HomePod mini weighs just 0.76 pounds.

Like the HomePod, the HomePod mini supports Siri and control through the Home app. The on-board touch controls include play/pulse, skip/skip back, volume up/down.

HomePod mini is $99 and, so far, hasn’t been available on sale, although that is likely to change in time.

Both the HomePod and HomePod mini support important features such as stereo pairing, multiroom audio with AirPlay 2, accessibility, smart home hub, and one of the newest features, intercom. Multi-users is another important feature on both devices.

Music and Other Audio

With stereo pairing, you can create a more immersive sound stage when two HomePod speakers are joined. When this occurs, only one of the speakers responds to Siri requests, plays alarms, and acts as a speakerphone.

Meanwhile, multiroom audio support with AirPlay 2 allows you to control music playback across your home with ease using Apple iPhone or iPad. By doing so, you can play the same (or different) music or other audio content on all AirPlay 2-supported speakers — as long as they are on the same Wi-Fi network. 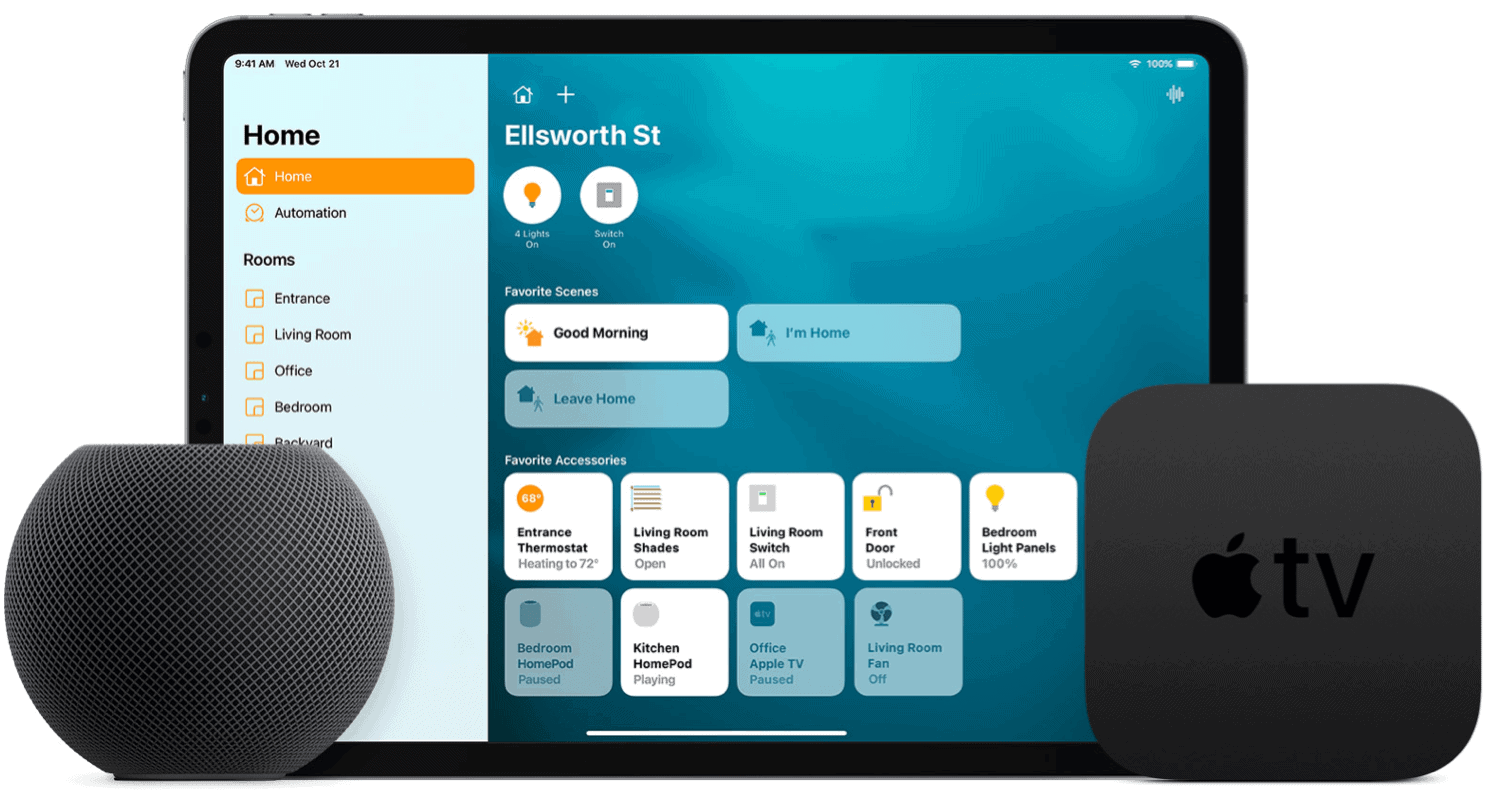 Not surprisingly, HomePod works with Apple’s HomeKit and can serve as a smart home hub. Your HomePod (through the Home app or Siri) can control HomeKit accessories remotely, plus you can grant access to the people you trust and also automate your accessories.

For example, you can reply to all intercom-related messages by saying:

To send a reply to certain speakers, you can name them in your reply:

Finally, with multi-user support, you can create personalized HomePod experiences. The feature relies solely on Siri’s ability to identify and learn who in the family is speaking. From there, it can match music selections to that user’s tastes, access their information to achieve everyday tasks and more.

The differences between both smart speakers extend beyond the design and look. HomePod, for example, supports Home Theater with Apple TV 4K, Spatial Awareness, while only the HomePod mini uses Thread Wireless.

When HomePod launched in 2018, one of its most advertised features was spatial awareness. In general terms, spatial awareness allows HomePod sound to analyze surrounding objects like furniture in a room. Spatial awareness can also identify the size and placement of the room and direct audio to the middle. Using this information, the device can adjust its settings to give you a more consistent listening experience.

Finally, the HomePod mini is Apple’s first to support low-power Thread networking technology, currently limited to HomeKit-compatible devices. Thread technology was launched in 2014 by companies like Qualcomm, ARM, Nest, and Samsung. Apple joined in 2018. With Thread, supported smart home devices talk to one another in ways that put less demand on the local network or device battery. It does so using industry-standard AES encryption.

Including Thread support on the HomePod mini came as a surprise for many, and it will be a while before we see how Apple plans on using it. Most likely, however, Thread will allow the speaker to connect to smart home devices like smoke detectors, lights, thermostats, and more, in more efficient ways while also extending their range.

Already, Eve Systems has announced Thread support for its Bluetooth-equipped Eve accessories, including Eve Door & Window, and the current generation of Eve Aqua and Eve Thermo.

Amazon.com Price updated on 2022-05-23 - We may earn a commission for purchases using our links: more info

In its announcement, the company noted:

It will be interesting to see where Thread and the HomePod mini go from here. Look for more related announcements in 2021 and beyond.

Not Just About Music

The HomePod and HomePod mini offer many features; many of these have nothing to do with listening to music.