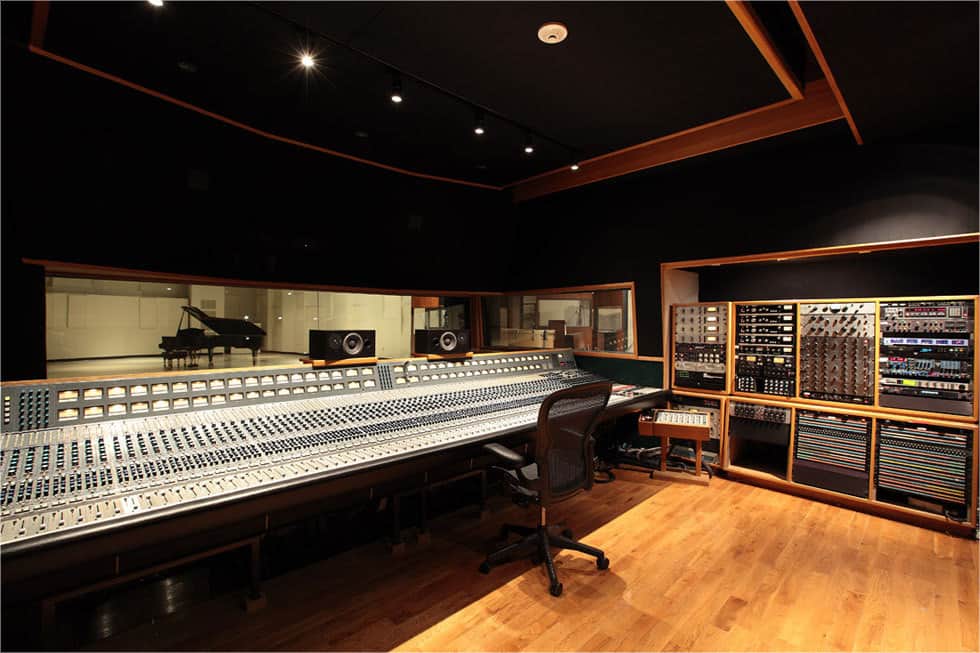 One thing a lot of folks want to do is create and record their own music, but they don’t know exactly how to go about it. This is the first in a series of articles on how to get started. 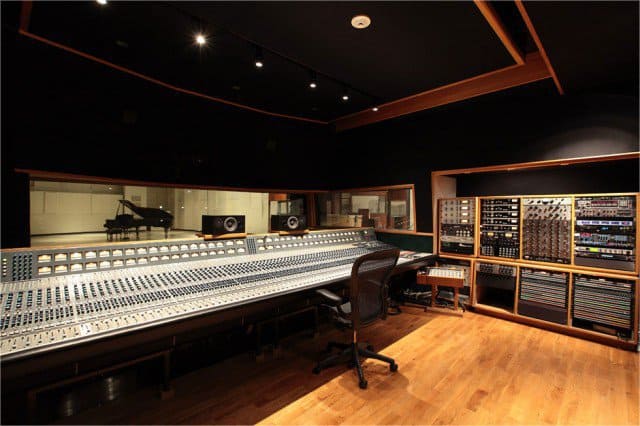 Let’s just get this out of the way. There is little, if any, chance that your studio will ever look like this. Heck, even big timers like DeadMau5 don’t have this, and he could probably afford it if he wanted it.

Editor Note: This is the first in a series of articles on how you can get started with recording your own music at home on your PC, Mac, or portable device. We hope you enjoy it and if you have any suggestions, definitely shoot us an email or leave a comment below!

One thing a lot of folks want to do is create and record their own music, but they don’t know exactly how to go about it. There is a lot to it. There’s so much to the home studio thing that we can’t even cover part of it in a single post.

What we can do, though, is help you get started. We just want to make it clear that this is not the definitive guide to getting started with making music and recording. There probably is no such thing. This is like the beginner’s guide, a very basic idea of what you need to get started. Also know that I am my best example. I can only share what works for me.

First, you will have to ask yourself if you want to go Mac or PC. PCs are usually much more affordably-priced, depending on what you are looking for. Just keep in mind you want a good, fast hard drive, plenty of space (all those audio files can become huge) and plenty of RAM for running your plugins while keeping the music flowing smoothly.

Personally, I went the Mac route. It’s what I’ve grown used to. Macs are also nice because every single one comes with GarageBand, which is a DAW (digital audio workstation). In other words, buying a Mac already means you have what you need for basic music-making needs. Even a basic iMac or MacBook Pro will do plenty.

Go with what works for you.

We already mentioned GarageBand, which is free with every Mac. However, if that’s not your thing (or if you’d rather get a PC) there are a few pieces of software you may want to check out: 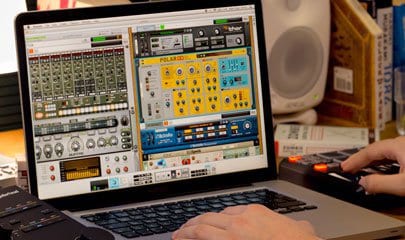 Reason is one of the more easy pieces of software to learn for music production, but it’s very complex when you start to dig in beyond its basic capabilities. The cool thing about this is that it has pretty much everything you need to make music. Synths and effects are all part of the package. However, it’s sometimes criticized for its sound, which may not be as beefy as you may like. Then again, people criticize anything if you look around hard enough. The bad news? It’s $449 MSRP. If not for all the included instruments and effects, I couldn’t recommend it. Still, it’s very popular with electronic and rap artists who like to lay down quick loops and beats. You can find it cheaper on Amazon here. 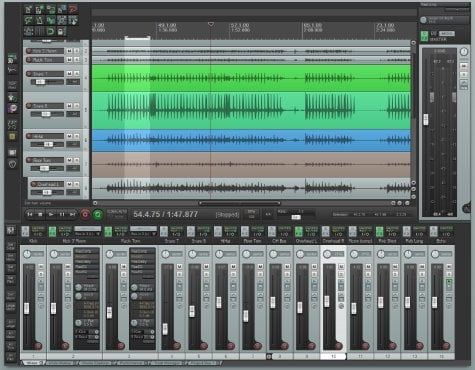 Reaper is growing in popularity. It does most of the things you can do with any other DAW, but you can buy it for $60. Commercial licenses are $225, but if you’re reading this guide for help, you’re probably not doing this commercially. That’s okay — most musicians aren’t. Also, it’s cross-platform. You will need to additional effects and synths if you want to make music. Still, what you save on the DAW you can make up for with a couple of instruments if you don’t have them already. You can get it here: Link 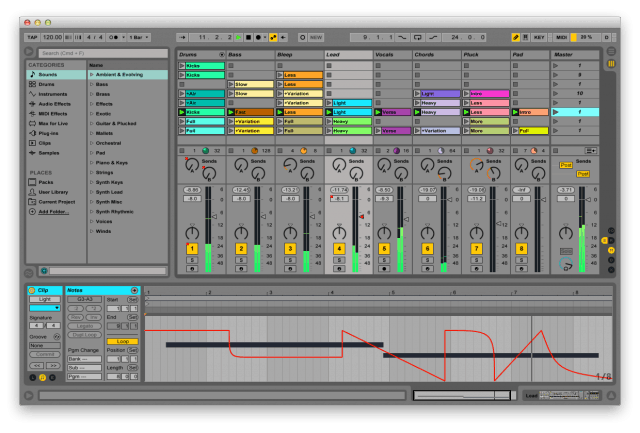 Abelton Live is gaining lots of popularity with electronic musicians. It has lots of onboard instruments and effects. It comes in three tiers, depending on how much you can spend and what you want. It’s also ideal for Live situations. We hear Skrillex is a big fan. Link 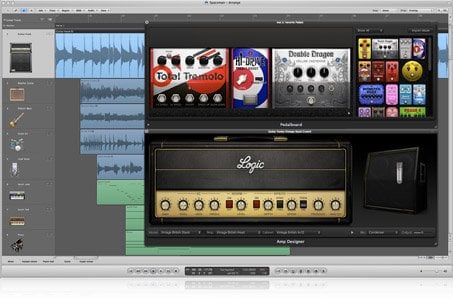 This is what I use. Why? 1) It’s what I learned on. 2) It works well for a Mac, because Apple makes the software to run on its hardware. Also, it’s only $200. For $200, you get all multiple licenses (it’s on the Mac App Store), decent effects, plugins and synths. The packed-in stuff isn’t the best there is, but that’s kind of the case with any bundled-in software. Still, included synths such as Ultrabeat, ES2 and Sculture are pretty awesome. I also find myself using Logic’s compressor a lot. For what you get, $200 is a deal. Link

A note on interfaces: Keep in mind how many channels you will be recording at any given time. If you are a solo musician, any interface with two in (left and right) will work. However, if you are a drummer, you will want an interface that is capable of recording the multiple channels required from a mic’d up drum kit (about 7 or 8 at least. That can get expensive though. Just one of the reasons most electronic musicians don’t do live drums.)

You also want an audio interface. If you are starting, you want a balance between cost and quality. Here are a few worth checking out:

For being a $150 interface, the PreSonus AudioBox isn’t too bad. It’s what I use. Mostly because I found on on eBay for $100 and I’m a poor musician. Sure, there are plenty of better interfaces out there, but this does what I need. Big-time audiophile stuff may be nice, but most of us aren’t in a room or have the know-how to make the best use of it anyway. This one also has a midi interface for outboard synths. Link

I want a MOTU audio interface one day. However, if you just need something to get you started, the MicroBook II is portable and will only set you back about $249. That’s a bit more than the PreSonus interface, but MOTU is known for high-quality interfaces. If you don’t mind spending a bit more, this may be a way to go. Link

If you’re a guitarist, and want a decent cheap USB interface, check out the Cakewalk UA-1G — it’s what our Editor-in-Chief uses. 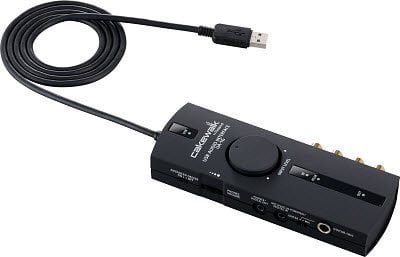 Monitors or headphones are important, because you need to listen to your music.

I use these. Really for no other reason than the guy at the local music store just handed them to me and said I can keep them. They were packaged and everything. I guess it was for a giveaway. Who knows. They work for me when tracking or trying to work on music without disturbing the grumpy old lady who lives under me. Just be careful, you don’t want to damage your hearing with overusing headphones at high volumes.


The thing to keep in mind is that you can use any headphones you are comfortable with. Use what you like. 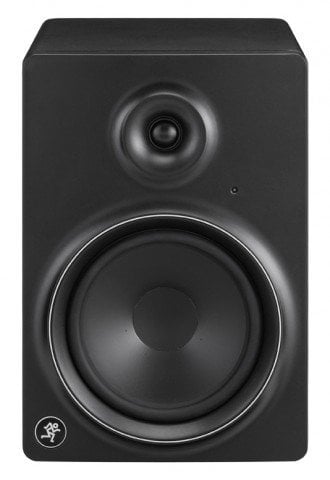 I used the Mackies listed here. That said, you want to go with something that works for you. Some people prefer KRK. When I started I used these MediaOne 3A. They were dirt cheap ($99). They were far from amazing, but they get the job done if you’re just starting. Go to Guitar Center or Sam Ash and take a CD or something. Ask them if they will let you listen through their monitors. See what you like.