Google just released an update for their Picasa client (not web client) one of my favorite apps, and this one has really got some groove to it!   Welcome to Version 3.8, home of the Batch Album Upload feature, Picniks without the basket, and a new Metadata properties panel. But wait, theres more and it’s even groovier than all the others combined!

Face Movie – This is the coolest feature and the biggest one to talk about here.  Using the facial recognition software built-into Picasa it will create a video that revolves around a face.  As Google stated on their Photo Blog:

“Words cannot adequately describe this feature, it’s better to see it for yourself.”

Granted, it might not be a “movie” so much as it’s a glorified slideshow.  But you have to admit, as far as slideshows go, this one is extremely groovy.  Just consider it 1-click instant e-scrapbooking.  This could even come in handy for some of those stop motion action films that normally take a ton of rotating to finish.  AND…. parents are going to cry their eyes out the moment they make their first FACE MOVIE guaranteed.

Batch upload has been something bugging Picasa users for some time now.  Previously if you wanted to upload multiple folders and albums to Picasa Web Albums it was tough luck.  Now you can upload as many as you want, of course you can run out of storage space rather quickly doing this.  They’ve also added controls that will let you change the image upload quality, privacy, and even delete already uploaded photos.  Manage your uploads to your heart’s content with this new version of Picasa! 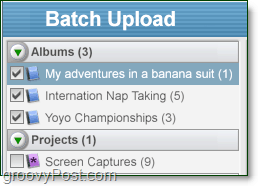 Integrated Editing Software
Picasa has always had the basic photo editing tools to do things like adjust exposure, remove red-eye and crop photos.  Well that’s all changing with this latest upgraded and the Picnik acquisition Google made back in July.  Now Picnik is fully integrated with Picasa and is considered a “basic fix” when you are working on your photos.  It will take a few seconds to load, but it’s definitely better than the default editing tools.  Ahh… finally we have parity again between the Web Client and the PC / MAC Client. 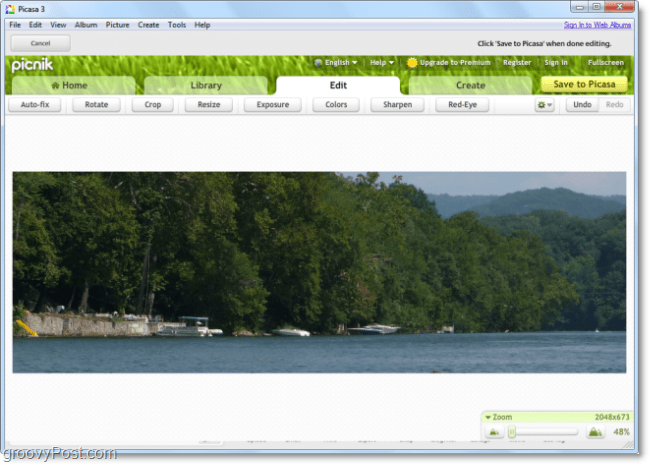 Also, last but not least Picasa now reads all metadata information, supports XMP files, and has increased overall performance.  FINALLY Picasa can read all the data from modern cameras and other photo editing software which up until now had to be manually added.  I’m still playing around with this feature but so far, so groovy!