You’ve probably been hearing non-stop news about the Gulf Oil spill lately, but have you seen it?  A few weeks ago Google launched its crisis response site in an effort to actively inform the world on the progress of the spill.  Because of pressure from congress, today you can watch the Oil Spill live as they try to fix the leak.

Today BP is going to attempt to stop the source of the leak, the project is codenamed “Top Kill”.  The procedure involves using a drill to force mud into the well and hopefully block the flow of oil.  PBS NewsHour and Google have teamed up to cover

View The Live Coverage On The PBS NewsHour YouTube Channel 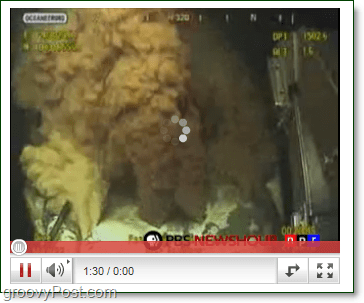 Additionally, PBS is calling for your ideas to help stop and clean up the spill.  Keep the video under 60 seconds and submit it to the Gulf Coast Oil Leak Google Moderator channel.  Submissions are due by 5:00 p.m. EST on Thursday, May 27.  There is also an option to send a text response, but either way include your name and location.

What’s your take on the Gulf Oil Spill and Google’s Support of the crisis?  Post your comments below!