Remember the cyber hack attack against Google and other US firms back in January?  That isn’t necessarily when all the problems started, but it is when Google decided that pulling out of China might be a smart option.  When you combine that with the added pressure from the Chinese government against Google’s unfiltered search results, it seemed like Google’s Chinese future was compromised (so to speak.)

Last Friday despite problems and concerns, the Chinese government in Beijing granted Google a renewal for its Internet content provider license.  China is currently the world’s largest single market of Internet users due to its overwhelming population.  Without the license Google would be no longer able to operate in China, so it’s a pretty big deal.

The most recent conflict was over Google’s decision to cease censoring search results – as per the Chinese government’s demands.  Why did Google make this move?  Well frankly, Google is the pro for freedom of speech, and I think that they are simply sick of China trying to regulate the Internet and telling them how to do business.  According to Wikipedia, the censorship in place is similar to a blindfolded person throwing darts at a spinning board with a list of “potential threat” websites on it.  Not all sites remain blocked; some are unblocked or blocked at the whim of a high up government official who might have a positive story about himself on it.

Anyway, to renew their license in China, Google was forced to comply with Chinese government demands and continue filtering results on their www.gooogle.cn (Google China) page.  As a compromise, Google has posted a direct link to www.google.hk (Google Hong Kong) advertising unfiltered search results. 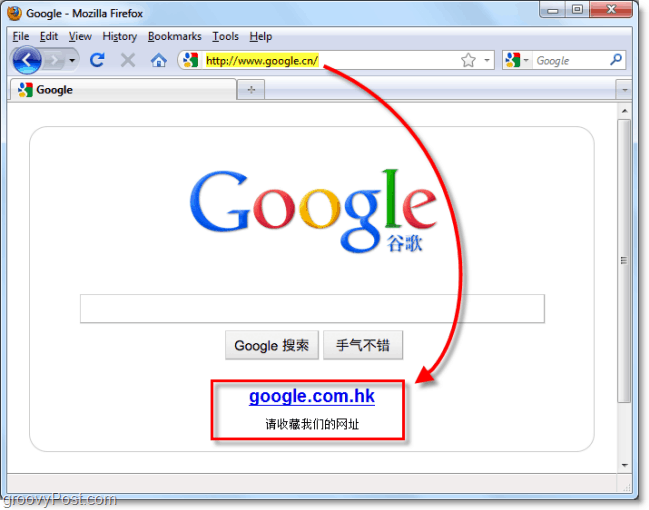 Are you a Google.hk or Google.cn?  We’d love to hear some feedback about what you think about this ongoing drama between China and Google!