Even after the launch of the competing Live Office, the Google Docs team is proving yet again that they are the kings of sharing.  Previously we took a look at how to share Google Docs using a link and although the link feature is still readily available, Google recently made some nice improvements with sharing documents.  Let’s take a look!

Being a long-time Google Docs user, I’ve always thought Google has done a great in the area of Sharing.  With this latest release, Google has gone one step further making the Share button even more streamlined and intuitive than before.  Previously in Google Docs when you Clicked Share it displayed a drop-menu with four different options on it.  The Docs team is scraping off the fat and losing the drop0menu completely taking a few lessons it appears from the Google Picasa Web Albums team. 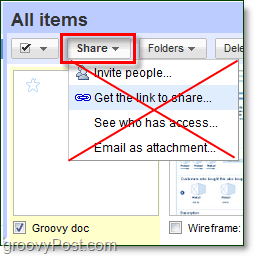 With the update, when you Click the Share button it will open a sharing pop-up window.  The window will display three sharing options. 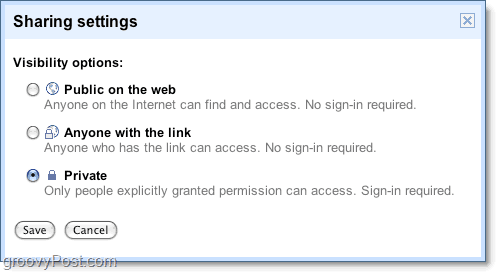 If you use Google Apps, by default documents will only be shared within your organization.  Hence a Public setting would really just mean that only everyone in your Google Apps domain would have access.   Your administrator can change this setting and allow you to share outside of your Google Apps domain, but it’s unlikely that most will.

Do you use Google Docs for sharing things on the net? Would love to hear about some of the creative things people are doing with Google Docs and Online Sharing!