It wasn’t long ago we took a look at some of the sweet groovy test videos for the Google Chrome 5 Beta.  On Wednesday Google finally said, “It’s done” and now Google Chrome 5 is ready to rock without the Beta disclaimer.  We haven’t talked a lot about Chrome on groovyPost in the past, but the new version of this browser is so awesome that we aren’t going to be able to hold back any longer.

If you ask Google, the best thing about the new version is its speed.  SunSpider benchmarks show a 305 percent improvement in JavaScript rendering time compared to the first version of Chrome.  Here’s the chart below. 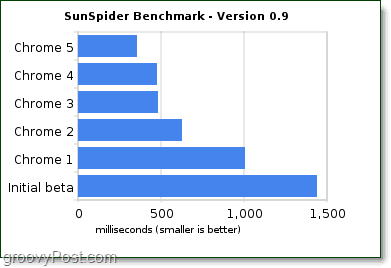 Google Chrome 5 may be fast, but it’s some of the other new features that make it even much more appealing to try out.  I think now with version 5 it’s finally ready to start competing with Firefox.

While Google Chrome was in beta, it grabbed the attention of a massive load of new users thanks to their viral marketing video.  The video was so popular in fact that it made it to the front page of many of the top networking sites in the world.  A quick conversation on the popular social site Digg gives a prime example of how one Firefox user was quickly converted to Chrome thanks to some of the new features listed below. 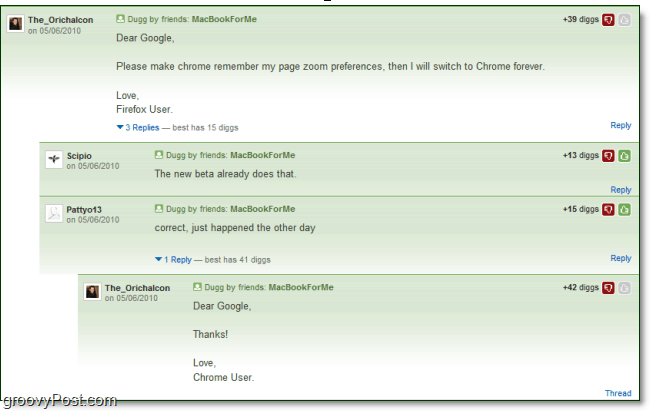 What are some of the new features in Chrome 5? Here’s the list of changes.

Overall Google has made some HUGE changes with Chrome 5, and all of them are looking very groovy.  If you haven’t used Chrome before, I’d say now is the time to give it a shot.  I know I’ll be covering some of its features in-depth here on groovyPost in the weeks to come.