One of the largest issues for corporations who have “Gone Google” was the fact that the Google Apps Administration console only allowed a single domain name per Google Apps Account.  So if a company had employees who had different @company.com email addresses, the Google Apps System Administrators would need to set up multiple Google Apps accounts and manage the employee’s accounts separately – thus creating islands of employees and destroying any hope of collaboration between employees who work for the same company. <sigh> 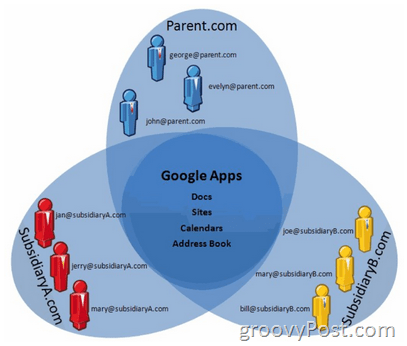 Well, Google has finally decided to stop the madness by introducing Multi-domain support in a new Admin control panel for Google Apps Administrators.

HUGE news for both Google Apps users and Google since Microsoft Exchange has been able to support multi-domains for um, Ten Years or more.  My guess is this limitation with Google Apps has been a serious show stopper for larger companies who might have been thinking about “Going Google.”

Now the bad news. Unfortunately, the Google Apps Multi-Domain support is only being made available for Premier and Education editions of Google Apps, so those of you using the Free version of Google Apps are out of luck.  I guess Google thought if your company/non-profit only has > 50 users/employees you probably don’t need Multi-Domain support.  Personally, I disagree. However, I guess you should expect to get what you pay for.