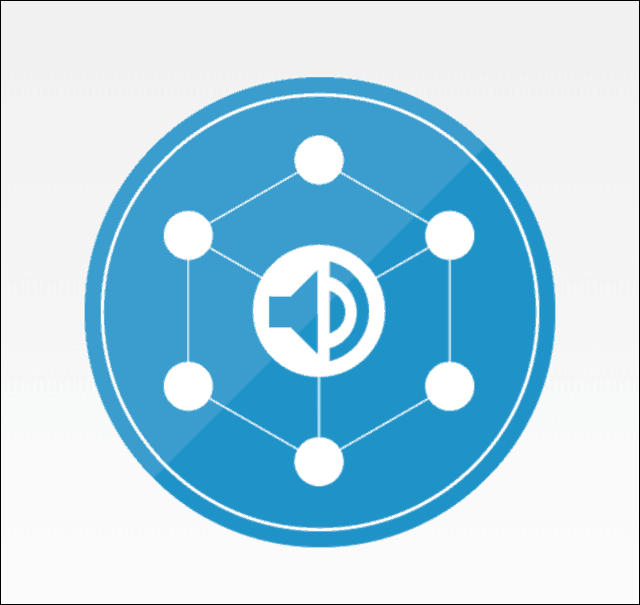 Commandr is an app which allows you to use Google Now to issue voice commands to your Android smartphone. Here’s a look at how to set it up and use it.

Commandr is one of the most interesting ideas I’ve come across in a while. It’s an app which allows you to use Google Now to issue voice commands to your Android smartphone.Here’s how it works.

Google Now doesn’t offer an API for developers, so Commandr uses the “note to self” feature to get its commands across. That doesn’t mean it’s complicated to use; quite the contrary. You’ll just need to use a couple more words than you normally would.

Start by installing Commandr; it’s a free app, which you can get from the Google Play Store, here.

After the installation is finished, start the app. You’ll be presented with two options – you can use the limited version, which requires you to say “note to self” before every command or, if that’s too much of an effort, you can enable Commandr’s accessibility service and come back. I suggest the limited version, since your phone is almost certainly using said accessibility service for something else.

The functionality isn’t different, apart from saying “note to self” before commands in the limited version. 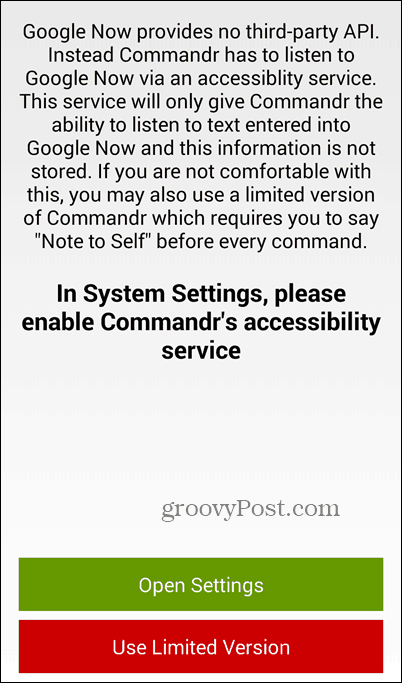 After configuration and a little test to show the app that you’ve understood the way it works, you’ll be informed that, in order to use your regular note app, you’ll need to use the command “note” followed by what you want to keep in mind. You’ll also be asked to choose the note app you want to use. 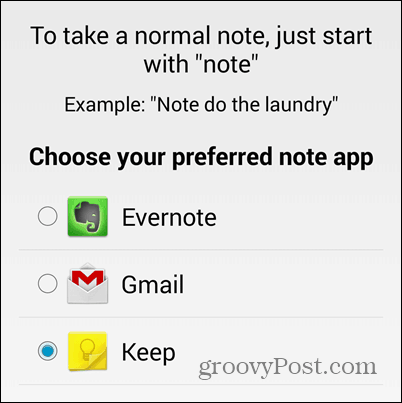 You’ll see Commandr’s menu, which is simple and straight-forward. 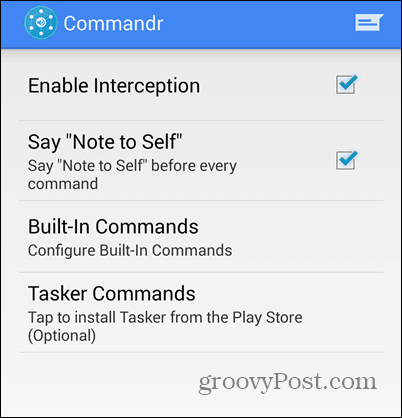 The most important section is the Built-In Commands. That’s where you’ll find out what commands you can use – there are a few of them now, but the number will probably grow in the future. You can turn on the flashlight, Wi-Fi, and other things. You can suggest new commands and, for even more, you can integrate the app with Tasker. 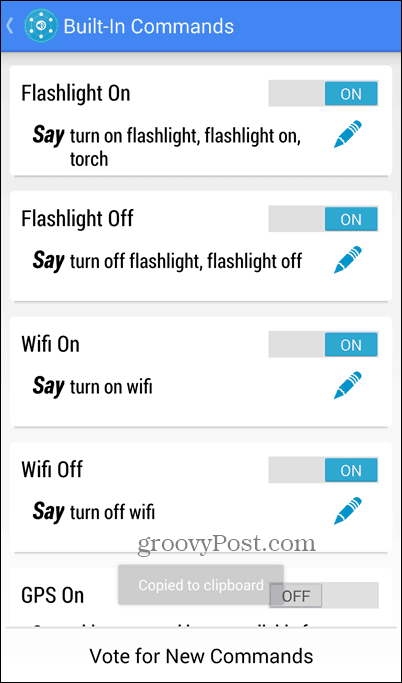 What next? Well, just start Google Now and say OK Google note to self followed by your command. You have to use the commands in the list, but you’ll get used to that quickly. The first time you use it, you can set the app as default for this action so that you don’t have to always compare things. 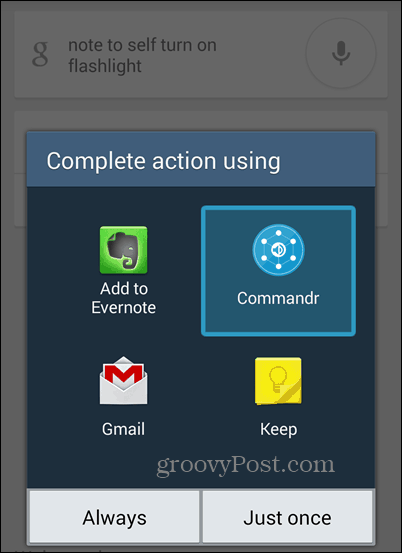 From that point on, things will just work as expected. 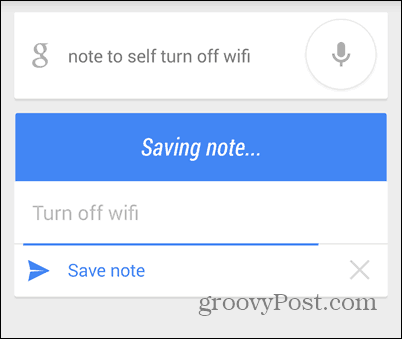 All in all, this is a fun way of turning Wi-Fi on or off or changing the music track that’s playing when you’re driving. Of course, having Google Now activated system-wide helps in that case.