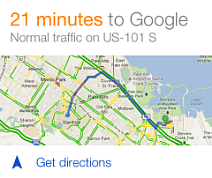 Google Now technology was only something users of Android 4.1 or later were able to enjoy. It’s available for the iPhone and iPad via the Google Search app.

Yesterday Google released its Google Now technology — currently available on Android 4.1 — for iPhone, iPad, and iPod touch as an update to its Google Search app for iOS. It’s not as robust as the Android version, but does have some of the same functionality. Here’s a look.

Use Google Now on iOS

Update or download the Google Search app on your iOS device (requires version 5.0 or later) from the App Store. Once updated or installed, you’ll get a brief introduction video on what it can do. You’ll also need to agree to allow it to use your location and other info for best results in Google Now. 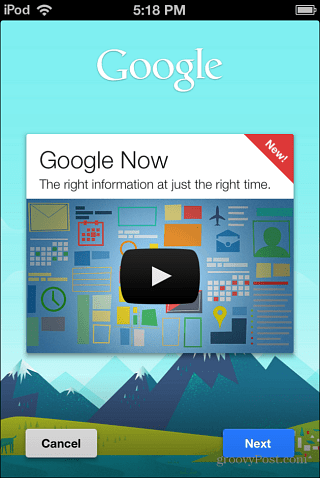 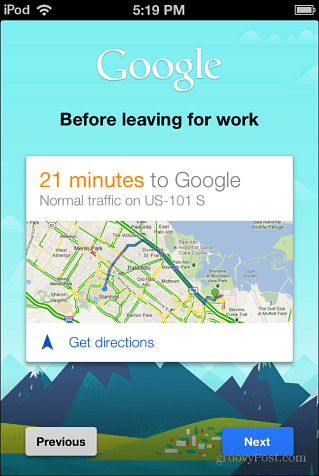 Then log in to your Google account – if needed, make sure you have your other verification device if you have Two Factor Authentication Enabled. 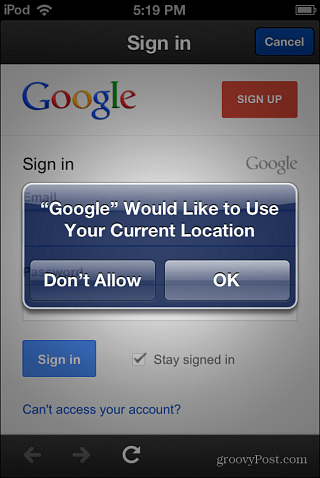 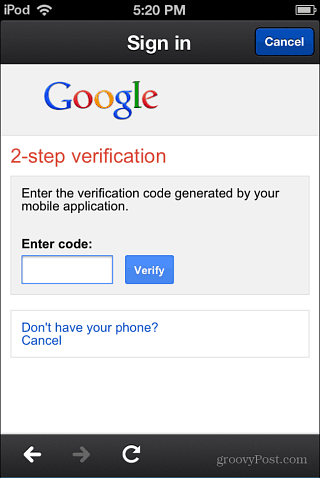 The Voice Search feature is still there, just tap the microphone button and speak your search query … the weather forecast, a company stock, or the mass of Jupiter… 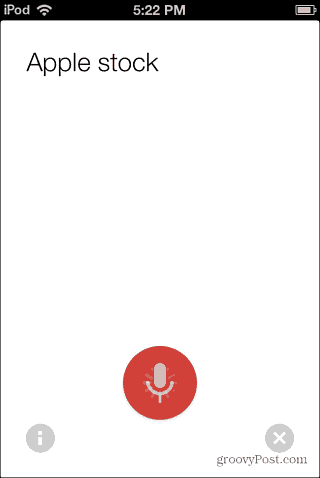 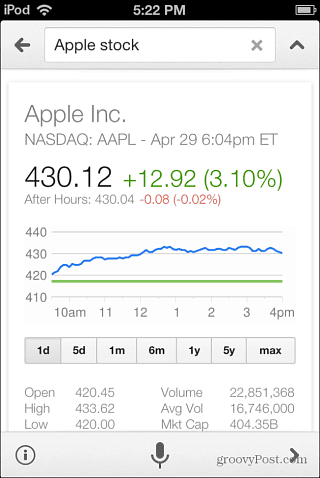 The more you search and use other Google apps on iOS, the more it will learn about you and predict the information you’ll want before you need it via it’s cards. If you’re a sports fanatic, you’ll love this to keep up with real-time scores of your local teams. You can the turn cards on or off in Settings. 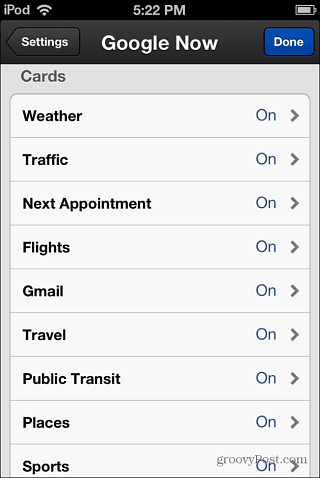 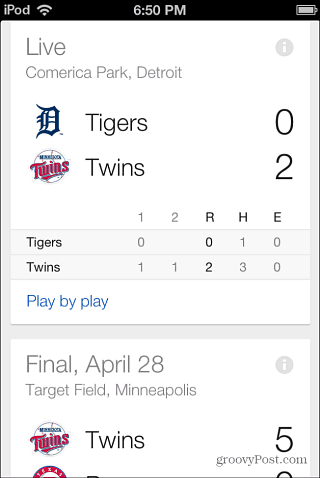 Remember that Google Now on iOS doesn’t integrate into iOS and doesn’t run in the background. There are limitations to how it works, for example you can’t launch apps with it like you can on Android. Check out our list of Google Now voice commands. You’ll find out that most search related commands work, but it won’t let your device do something like play music. Although I would expect you could get more out of it in the future if you were to jailbreak your iOS device.

Also, it won’t launch apps for you, integrate with iOS notifications, and doesn’t work with Google Apps accounts. But the cards with up-to-date information are much the same. Google Now on Android, is of course, still the best way to utilize its full potential. But it might give iOS users enough of a reason to jump ship to the other side. Oh my! 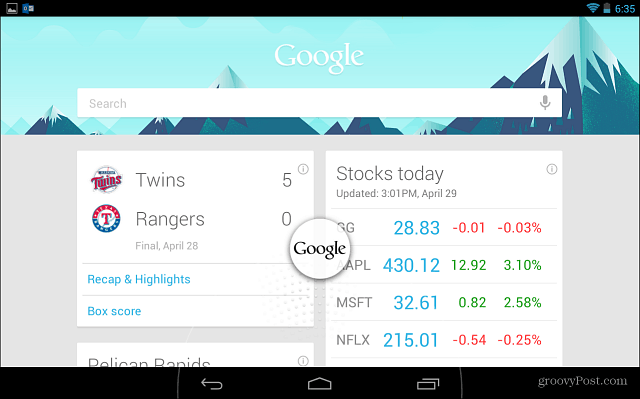 If you’ve tried out Google Now on your iPhone or iPad, leave a comment and tell us what you think about it!